Detailed cases of UNCORRECTED AKC stud book corruption as evidenced by AKC employees, judges, and Federal Court convictions. What about your breed? Your dog's pedigree?

Contact TheDogPress.com if you have an INCORRECT AKC pedigree.

These examples of uncorrected stud book fraud represent many of the most respected names in the sport.  Lofranco documents simple AKC mistakes compounded by egregious cover-up in Kuvasz.  Incontrovertible mitochondrial DNA evidence ignored in Samoyeds.  AKC judge reports blatant stud book fraud but even when the puppy-mill perpetrator was convicted and sentenced in Federal Court, AKC stubbornly refused to correct the Bulldog stud book.

Why?  Because, as in the international Akita scandal and the Banchory Sheltie case, correction would have led to cancelled registrations and crippling of the cash cow. It should be noted that the Mexican Kennel Club (Federacion Canofila Mexicana) under President Thelma Von Thaden (also an AKC judge), expunged the FCM studbook and cancelled fake Akita registrations.  The American Kennel Club refused to correct the Akita studbook. In another documented (hard copy) case, Canada (CKC) cancelled an entire Akita litter but again, AKC refused to correct the stud book or cancel the fraudulent AKC registrations. 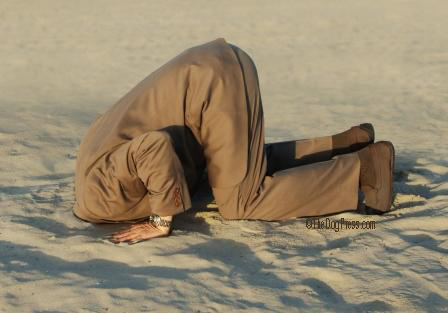 Warning:  If you prefer the ostrich position, read no further. If you are ready to confront that which you've only heard about, then c’mon down the path of disillusionment because at the end, there’s truth in the bright light of exposure, and in truth, there is hope.

These cases were chosen because they are well-fought documentation of stud book fraud which stand uncorrected today. Where there is bravery as in the Saltzmans, prominent judges who forced AKC to purge the Sheltie stud book after the Banchory business got out, there is hope. If you have proof of pedigree fraud, contact our staff.

TheDogPress files contain many acidic examples of bloodline corruption.  Understandably, AKC has kept them secret from the dog fancy but launching the Puppy Mill Index was a step towards exposure of Stud Book/pedigree fraud. Falsely taking someone's money (knowingly) is illegal.  To their credit, AKC stepped up and now advocates DNA testing and requires DNA documentation for "Frequently Used Sires."

Our offices still receive reports of registration fraud in 2018

Pedigrees and litter registrations are easily falsified by "High Volume Breeders" aka puppy mills, to show top show dog names as sires (see Bulldogs below).  That unfortunate fact may have corrupted the AKC "certified" pedigree you hold in your hand. A decade after this was written in 2006, AKC began to require  DNA on "Frequently Used Sires" but that can't undo the marketing skill of professional producers and AKC's acknowledged acceptance of puppy mill produce.

The American Kennel Club once faced huge logistical problems in cancelling non-existent litters and recalling registrations in order to correct stud book fraud.  That is no excuse since AKC became computerized in the 90s and following which, canine DNA was perfected.

Show breeders invest their money and hearts to uphold the value of an AKC pedigree, the genetic superiority of the purebred dog, and their own bloodline. Show and Hobby breeders are much more than “cash cows” as AKC calls us.  It is we who elevate the AKC Stud Book, thus enabling the American Kennel Club to market its name, products, and registry services which produce over $200,000,000 per year in tax-free income.

Our reporters broke the story on AKC's PRIME registration deal with Petland pet shops. Why would AKC toss its valued reputation and became "just another puppy mill registry"?  Why did the American Kennel Club steadfastly resist DNA even after UKC (United Kennel Club) implemented it's use? Many have said TheDogPress coverage was why AKC finally bit the bullet and offered DNA services. Really savvy readers have pointed out that the AKC DNA program offset loss of puppy mill income registrations.

"AKC DNA testing DOES NOT determine the following:

TheDogPress.com offers no comment but suggests you may want to explore the information provided herein and make your own determination about where and how to get your dog DNA certified...

You can start with all the details on the AKC judge who presented irrefutable evidence that her dog, the son of Jean Heatherington's all-time top winning Bulldog, was fraudulently and repeatedly listed as the litter sire on puppy mill puppies.  Talk about irony!  Jean was AKC's registration department manager and yet she absolutely had no knowledge of the fraud.  Fortunately her bloodline is so beloved and valued that she survived the scandal but it should be noted that it was bulldog fanciers, not the AKC that notified the FBI and brought the perpetrator to justice and a long term in the Federal penitentiary.

Learn what AKC did when an officer of the Samoyed Club Of America reported litters being registered from a spayed bitch.  How many owners were defrauded and how many unknowingly compounded a genetic mess by breeding those Sammys?  We'll never know because the American Kennel Club clammed up.

Follow the shocking case of a prominent Canadian who pursued charges with AKC because her top winning Kuvasz was supposedly siring AKC litters that she knew nothing about and for which she refused to sign litter registrations.  Those dogs are/were allowed to stand in the AKC Stud Book and produce generations of fraudulent Kuvasz.

These in-depth reports generated so many more complaints about stud book fraud that we had to make a new section.  If you have documentation on stud book or litter registration fraud, set the record straight!  Email Editor@TheDogPress.com.

Click this INSIDER icon and unlock the truth. As an Insider, you get irrefutable facts and the exclusive "rest of the story" you can't get anywhere else. $29 buys you a full year of invaluable information and Archives Access, including the only source for over two decades of AKC Minutes, Discipline, Suspensions and other Insider News.

Okay if you now have the key, click any link below or go the the Insider index.  Be patient, it takes a minute for the News Hound to sniff you out and verify your key.