Judas goats were trained to lead the herd to the slaughter house; today they lead clubs and dog breeders down the Yellow Brick Road.

Did you know that in England the Kennel Club was formed by twelve gentlemen in April of 1873? This was the first national dog club in the world and they began with a three room flat in London.  In America, the AKC was also the result of a meeting of twelve men in Philadelphia in 1884.  Happenstance? The reoccurrence of the number twelve signals perhaps that these clubs would emulate a historical meeting of twelve men nearly 2000 years ago. That meeting was held outside Jerusalem, and is memorialized in the bible. At this meeting Jesus revealed that, “one of you will betray me.” I would be remiss if I didn’t point out that He was referring to Judas.

Over the century-long development of dog clubs, constitutions were amended and changed as dog shows grew in popularity. Championships were codified into three wins. Judging procedures were developed. Breeds were put into groups. Handlers were required to be licensed. 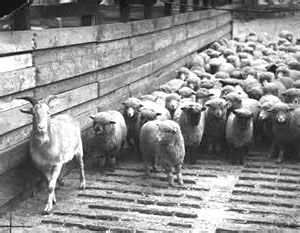 But a fatal flaw was never considered, one that today is eroding the foundations of the sport. It is the belief that people join a dog club out of a love for the breed.

That assumption is an opening for the Judas goats to join and be given full voting rights on all club issues including the breed standard. To lead club members down the Yellow Brick Road...

Early dog men could not have foreseen the explosion of the HSUS philosophy from their founding in 1954 into the politically powerful giant they have become creating and supporting anti-dog legislation. The HSUS is immersed in lobbying and encouraging candidates who are like-minded. Spay and neuter mobile hospitals are HSUS sponsored and roam the country, free to veterinarians who meet the quotas for sterilizations. They have openly advocated the elimination of animals as pets and have sent forth their missionaries to spread the word.

In March of 1980, Ingrid Newkirk, Alex Pacheco and 5 people in a basement office founded PeTA. They had a concern for the environment but it quickly morphed into an eco-terrorist group and their leader, Ingrid Newkirk embraced a more aggressive approach to animal rights including demonstrations and even violence.

In the 1990’s the new crop of animal rights novitiates schooled in HSUS and PeTA philosophies were joining dog clubs in droves. They were out to change the world and dog clubs unknowingly welcomed them in with full voting rights. These Judas goats volunteered for EVERY possible task, worked to attain the confidence of the club leadership, were put into positions of power and, in short order, were able to begin the affectation of change.

Many of these evolving Judas goats became committee chairs and even insinuated themselves into the board rooms of purebred clubs. They were effective in bringing about changes in educational articles, in position statements, and eventually they influenced the club’s foundation documents.

Their moral compass is steadfastly fixed on the HSUS and PeTA mission that has put all purebreds at risk.  After painting all purebred dogs as cancer filled, cardio ridden bleeders, they began to promote science and health testing as the savior for all breeds. 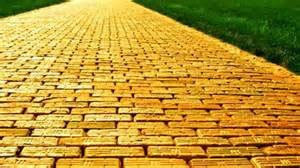 Breeders were led down the Yellow Brick Road, duped into believing that if they used health testing they could be called, “Responsible Breeders”.  But they discovered that despite all their health tests, rescue dogs were said to be in greater need of homes than breeder’s purebred dogs. The rescue and shelter folks campaigned successfully to capture the marketplace and breeders were left with no place for their puppies to go. The gullible purebred dog breeders even espoused spay and neuter for everything that is not healthy resulting in some breed populations falling to near extinction levels. Burdened with over-rated health testing many breeders just stopped breeding altogether.

Early in 2000 the Judas goats were able to begin the conversion of dog clubs to 501c3 tax exempt charities. If you don’t understand the impact of converting a dog club formed to preserve and protect a specific breed into a public charity, you have been asleep at the wheel! And now the ranks of Judas’ have swelled sufficiently to vote each other into power, to open and change standards and to fulfill the goals of HSUS and PeTA et al.

Who Are The Goats Who Lead Dog Cubs To The Support HSUS/PeTA Agenda?

AKC Judges can be susceptible to manipulation and are very useful because of the power and air of importance that is attached to a judge. Never should judges be elected to dog club positions for this reason. Here’s how this works, a judge sponsors a new member who pledges to do the judge’s bidding. They are pushed into club politics, committees and board positions which is easy because the judge has told everyone this is a good and knowledgeable member. The judge continues to use their appearance of credibility as a tool to “stack the ring (board)” in their favor. That judge will in turn get some “plum” judging assignments for their good work.

Lawyers are often encouraged to run for dog club offices because who can’t use free legal advice? In one case an attorney, who is also a judge and breeder, continues to flaunt his disdain for the standard of his chosen breed by exhibiting non-standard dogs. And, just recently, another attorney acquired an illegal taping of his club’s closed board executive session and offered the illegal taping to the AKC (which they accepted). Why would an attorney do this? The answer is simple; an attorney’s training removes all passion from their legal work, except for the paycheck. They are trained to argue a case from either side; they are not invested in either position, just who is paying the bill. And in this case the attorney was enjoying payback for some political favors as well as ingratiating himself to his backer-handlers at AKC.

Performance-Only people also should be discounted from board positions in a breed club. They are focused on the function with no regard or experience as to the conformation of the breed. Good people, true, but board material, NO!

People who do not own a dog of the breed club in which they are members are suspect. Yes, exceptions can be made for obvious reasons but we refer here to individuals who, as non-dog fanciers, are likely to be Judas goats.

Look at the structure of your club. Are you a 501c3, or other form? Who serves on your board? Judges? Attorneys?  New members vouched for by either of the first two? In a nutshell, breeders must get involved in dog clubs and the membership must be supportive of only one direction – to preserve and protect the breed for which their club was originally formed.  “Ghost” members and Judas goats can and do sway dog club elections in favor of their agenda.

A quote from the Pogo papers spoke to this issue: “We have met the enemy, and he is us.’ Judas has successfully used our own egos and pride to thwart the future of purebreds everywhere, and all for 30 pieces of silver, be it ribbons, trophies or titles.

Judges, professional and owner handlers, be sure to visit TheJudgesPlace.com