Step into her $400 shoes because to understand how an AKC judge could dupe this Poodle owner, you have to walk the walk of the sordid story behind the WKC Group Winner.

Joan Lacey wears only the best but to understand how someone so fashionable and intellectual could be trapped in such a horrid situation, you have to know the beginning. Confronted with coercion, financial consequences, legal threats, and loss of "privileges" in the American Kennel Club, Joan Lacey could just pick up her toys and walk away. Most people would have done that but Joan isn't a quitter. She is determined to see justice done on behalf of other dog owners.

She and her husband Joe can't believe this is the way "business is done in the dog show industry." 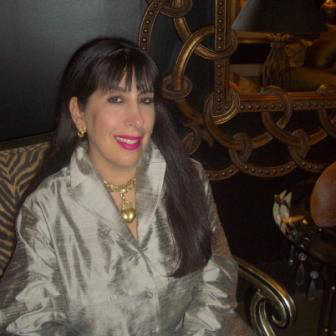 To follow this saga, you must assume her persona. You are a fashion consultant and private shopper for New York City’s most elite. You are featured in the Fashion and Business sections of the NY Times. (Google her name) You are not a breeder but you are totally devoted to your two Standard Poodles. They ride in your chauffeured limo, sprawl on the sofa in your Madison Avenue apartment, and you and your husband drive cross-country between summer and winter homes because you will not fly your beloved dogs.

On the New York social scene, you meet many famous people including "poodle breeders." Quite different than art shows and theater, you become fascinated with dog shows.  Nothing but the best for Mr. and Mrs. Lacey, so you hire one of the most famous poodle handlers, Dennis McCoy. You enjoy the sport and the interesting people. You become the classic novice exhibitor. Time passes and your prominent handler suggests a plan: What if you could achieve a litter from a great sire’s frozen semen that has not produced a litter in over two decades?

You see the challenge. You like that. You agree that it would be a wonderful thing for the Standard Poodle breed and for everyone who has worked so hard to bring forth the qualities of Ch. Eaton Affirmed, an incredible dog of a great line. 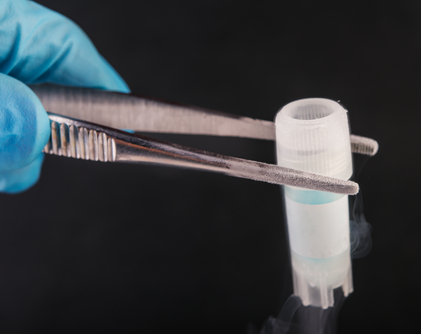 Using frozen canine semen has finally become a viable but expensive process. You are a generous person with the wherewithal to initiate an exciting goal. The dam is co-owned with your handler team. At great expense (which you pay) and against immense odds, after one failed attempt, the bitch conceives, a single puppy is whelped, and the singlet is a one-in-a-million bitch.  Yes!! You did it! You agree to name the puppy Randenn Tristar Affirmation. Randenn is of course, Dennis McCoy and Randy Garren's kennel name, Tristar is your kennel name.

Your handler/co-breeder soon becomes a popular judge. "Yes" is looking terrific. Dennis explains to you that he must sign off as a co-owner in order to avoid any possible conflict of interest in judging your bitch that will be handled by Tim Brazier. The transfer is done and your magnificent black poodle completes her Championship in one weekend with three 5 point majors!

Happy ending? Not exactly. At the next Westminster Kennel Club dog show, Dennis (the co-breeder/judge) asks Joan to bring the papers to him so he can put himself back on the registration so that he can once again show "Yes" himself.

He isn't sure exactly when but is thinking that he may show her at the PCA Specialty which as a co-breeder and a co-owner, is perfectly okay even though he is a judge. And naturally, he wants to be a co-breeder of her litter when she is bred. He says they will co-own as before, he and Randy will sign back on and forward the registration transfer certificate on to AKC.

Joan signs as "Seller" thinking nothing of it. As her handler, Dennis always handled the paperwork.

Does she sound gullible? Do you remember as a novice, being unsure where and how many times to sign a certificate? Or leaving the “new owner” line blank, not sure exactly how multiple owner names should be listed or how to squeeze them all into the space?

Joan Lacey is anything but gullible but she trusts her friends. She signs the transfer part including for husband Joe who was away on business and hands the certificate back to Dennis, her handler/judge/co-owner who will mail the certificate.  Forgery? We have all had a situation where a partner or spouse is out of town but there’s paperwork to be done or a check to be written so thinking nothing of it, you sign their name.

Several months later, Joan inadvertently discovered that her friend, the judge and co-owner whom she trusted implicitly, had put himself and Randy back on as owners but had not filled in Joan and Joe on the new owners section!

Knowing it could not have been a mistake, Joan immediately called AKC, verified what she had learned was true, and asked that a hold be put on the registration pending an investigation. She then called Dennis McCoy and asked why he had taken their names off. He offered no satisfactory explanation but Joan says he then immediately transferred the valuable poodle bitch to someone else!  When Joan learned of the second transfer of ownership a few days later, she demanded an explanation and her former friend responded with the famous line, “Because I could.”

Surely if the breeder and sole owner of a dog were to report fraud involving a registration transaction, AKC would be duty-bound to put the transfers on hold pending an investigation?

Right? Wrong!! Having apparently ignored her hold order, the AKC did not suspend the registration transfer. Apparently AKC didn't believe that allegations of such actions by an AKC approved judge were worthy of investigation even though the second ownership transfer occurred immediately after Joan lodged the complaint against the handler. Incredible right?

We are told you can lose AKC privileges for signing an “open registration.” In the real world you can sign for another person with no penalty unless the person for whom you signed raises an objection. That fact notwithstanding, AKC actually threatened suspension of Mrs. Lacey!  Mr. Lacey then notified AKC, in writing, that he would would ratify his signature if in fact, all of the rightful co-owners were listed upon the registration. Joan says the AKC refused to respond to Mr. Lacey’s correspondence or otherwise honor his request.

It is noteworthy that in a similar case, three months was the penalty for a forgery suspension as published on the Secretary’s Page of the December 2004 Gazette. However, Mrs. Lacey, following instructions from the AKC judge, and signing on behalf of her husband, is threatened with a FIVE YEAR SUSPENSION and a $2,000 fine for forging her husband's name, even with his attested-to permission!

And what about the judge who knowingly and fraudulently obtained ownership of the dog?  And who then, according to AKC records, quickly transferred ownership to yet another person. Is that not questionable, given the complaint by the Laceys? As of this report, it does not seem so to the AKC.

The Lacey's hired a very high profile law firm and as a Trial Board looms, fur is flying. The American Kennel Club has traditionally refused to intervene or interfere in co-ownership disagreements. Not so this time! To Mrs. Lacey, it seems AKC endorses the actions of the purloining poodle judge.  To anyone reading this, it would appear that judge is "trafficking in dogs" which clearly violates AKC rules. Other judges have lost their judging privileges for trafficking. {1}

So how is it that a highly intelligent woman who trusted the guidance of a famous handler suddenly finds herself victimized by the dog sport she so handsomely supported? Betrayed by a trusted co-owner? That happens every day in dogs but there is much more yet to come in this classic tale of conversion and fraud. With other corruption currently in sports headlines, can the sport of dogs bear the scrutiny of the media? Will Joan’s friends desert her rather than face the wrath of the AKC administrators? Will there be a just conclusion? Questions…

In the interest of full disclosure, this editor has been "dog-show-friends" with Dennis and Randy for many years. After several conversations with Dennis, we are unable to bring you his side of the story. He said his attorney has instructed him not to discuss it, therefore Dennis's only official response is "no comment."

AKC and dog show history is in the making.  Hopefully the outcome will be fair and just. This story to be continued as the Laceys and their attorneys enter negotiations with AKC.