Show ring substitutions are not uncommon, in this case charges were filed, affidavits and photographic evidence provided so you can be the judge of AKC’s response.

First, AKC’s definition of a common form of genetic and show ring cheating: “Ringer, a substitute for: a dog closely resembling another dog.” AKC glossary 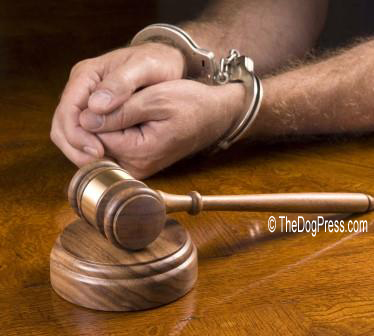 TheDogPress.com is covering this allegation because under many state statutes, bilking exhibitors out of thousands of dollars constitutes criminal fraud. For owners who invest heavily in a show career to prove the value of their breeding program or a campaign dog’s semen, such cheating is a withering blight upon the sport of dogs.

The American Kennel Club cites the AKC Stud Book in describing itself as the “pedigree registry.” So can the AKC Board ignore show ring fraud which becomes stud book corruption as cited in the display links below? Did AKC give this handler and his AKC Judge partner a pass on the Pom case? tell us below!

What about the National “Parent” breed club; the APC. Christine Crane Goodin reports “The American Pomeranian Club received their charges packet and decided to entertain the investigation and hold a hearing date. Date was set and Jose Cabrera and Fabian Arienti who is an AKC judge (Starfire Poms) quit the club instead of facing the hearing for investigation amongst peers. I am so really proud of my parent club to actually do the right thing.”

Breed Club Bylaws differ but does resignation relieve your Parent club of its duty to proceed against a member who might be guilty of serious fraud and who could conceivably re-join the club at a later date?

We hear of “favored handlers” and AKC’s special treatment of the “in” crowd. Are those charges documented in this case of the “ringer” Pomeranian?

The complaining parties offered substantial evidence to Tidewater Kennel Club, American Pomeranian Club, and the AKC, i.e. “This packet contains the APC letter of charges, supporting evidence and case, prints of the photos at both shows as well and a CD with the digital photos, and 8 affidavits from other exhibitors at both shows.”

Enclosed with the extensive hard copy and photo information received by TheDogPress.com was the affirmation “Mr. Liosis stated they received our $500 check and charges packet. Then months later is the AKC letter from Mr. Liosis with the AKC board of directors' decision. Wanda Forlines has informed me via email that they will not refund the $500 fee even though their bylaws state that they are required to do so.”

Also received is information that the facebook photos of Starfire’s Fiori taken by a ring spectator were removed because “Mr. Cabrera asked him to remove them and delete them forever”. It has also been reported that since that time, he (Jose Cabrera) “has registered a puppy to Starfire's Fiori that would put the puppy at 3 months old at the time Fiori was shown in the Richmond, VA show.” The observation is that a “coated” bitch with 3 month old puppies would be in ragged coat, thus a grooming challenge to make her show ring presentable.

Christine Goodin responded to our update request, to wit: “AKC refused to offer any information to us about what they did with our case except that it was to be heard at the October Board meeting since there was no September BOD meeting. I am unaware of any contact with Jose Cabrera or Fabian Arienti (AKC judge and life partner to Cabrera) in regards to this case.”

Questions remain: did Jose “Tony” Cabrera offer any excuse for showing the "wrong dog" or did he deny doing so?

Did Cabrera present any evidence or testimony at the Tidewater KC Bench Hearing?

Did Cabrera or his partner, AKC Judge Fabian Arienti present any evidence or testimony upon which AKC arrived at its ruling?

TheDogPress.com has spoken with judge Arienti and will endeavor to bring you the flip side of the coin in this intriguing case.  To contribute to the discussion, you may respond to the above questions or just tell us what you think!