TheDogPress.com heard that Wayne Cavanaugh, who bought the United Kennel Club in 2000, was booted out of UKC, was very ill or retiring. 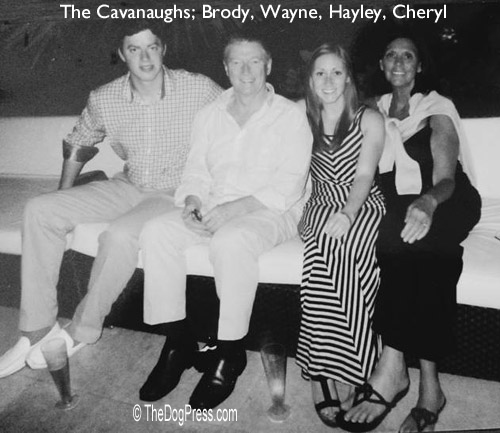 None of those rumors were well-received. In fact, even the third scenario was unsettling. Mr. Cavanaugh was the AKC VP in charge of communications, a brilliant organizer who always looked to the future. TheDogPlace.org covered Cavanaugh back in 2000 when he became owner of the United Kennel Club after the death of Fred Miller. Why would he retire after only 14 years at the UKC helm?

But our readers, like a hound dog on a hot trail, wanted more. So we reached Wayne and laughing, he agreed to tell the “rest of the story” for TheDogPress.

He even managed to find some old photos to share with our subscribers.  Here's what he said:

“Let me first say that, with due respect to Mark Twain, the reports of my death have been greatly exaggerated. Amazing how many times folks have had me dead or about to die from something. Wishful NYC thinking I suppose.

“At the risk of disappointing all my non-fans, the story is pretty straightforward and the press release is accurate and fairly complete. There is a little detective work to make it fully complete: that is; if you look at the date of the release and my birth certificate, you'll notice a similarity. I turned 60. That was the age I promised myself to stop and smell a rose or two - but, there was no such promise to stop having ideas.

“Tanya and Todd have been being learning and working towards this for a long time. Tanya is an excellent organizer and is absolutely UKC tried and true. Todd is a heck of a dogman, highly respected in the hunting dog world, and has a business degree. I've always been the creative guy, the dogman, and maybe the "culture weaver", if there is such a thing. It's been a heck of a team for 15 years and still will be. Tanya and Todd have both been at UKC for 25 years but started in their early 20's so are still youngsters, relatively speaking, with a lot of gas left in their collective tanks. They know exactly how I think and feel and completely buy in to the mission and the Total Dog philosophy.

“UKC has grown in leaps and bounds, but more important, we have been able to separate ourselves from the norm. We really feel that we have built a unique culture and we want to make sure that flame keeps burning. To do that, we need to constantly come up with new ideas and new programs. There is so much more the UKC can do but if I kept running the everyday, I'd never get to launch half of the ideas to make that happen. I have a very cool office downtown that is only 3 miles away from the UKC HQ but it is a thousand miles away from the constant B and C items that prevent me from getting to the A items. It's an oasis, a place to think and write too. And yes, it says UNITED KENNEL CLUB on the door!

“The system is pretty simple: I dream it, create it, make any deals that need to be made, and turn it back to Tanya and Todd and the great UKC staff to make it all happen. I focus on new business that can be brought back into the core and they focus on the keeping the core business vibrant.

“As for lawsuits, the last one I can recall was, and I kid you not, was when a coonhunter tried to sue us because a branch fell out of a tree during a hunt and knocked him in the head. The judge tossed it out. The suit, that is, not the branch. 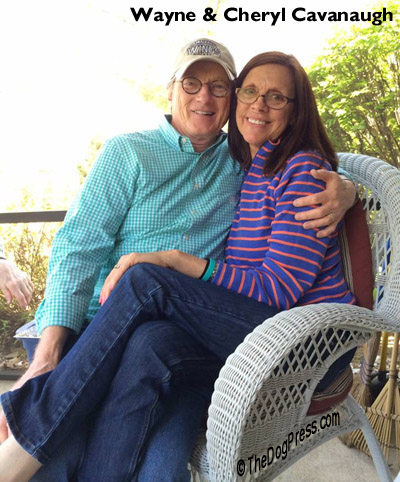 “My UKC email has not changed, and still works but someone there can usually answer quicker than I can. When people call, the receptionist calls me and leaves a message for me to return. Pretty simple. It's not an air tight system yet. The staff still sometimes asks questions I know they can answer themselves and I sometimes have the urge to poke my nose into the day-to-day details but is quickly sorting out. We had a meeting at the UKC HQ yesterday that was a great example of the new system coming together, new business merging with core business, and I have to say, it was pretty exciting.

“By the way, I'm guessing these rumors came from the show side since Tanya, Todd and I were all at the Autumn Oaks Coonhunt all week, last week, in person. Tanya and I will also be at the UKC Gateway Nationals at Purina Farms in October where I'll be giving the same all-breed judging seminars I have been and plan on giving.”

So as Porky Pig would say "Th-th-th-that's all folks!” but thanks for asking. Actually, that’s not all. A lot of good dog people are leaving the sport, thanks to animal rights legislation and ever-encroaching intrusion into our lives. Some of you might want to explore the many activities afforded at the http://www.ukcdogs.com/ which celebrates canine beauty and brains with National Rally Obedience, Breed Specialties, and a whole lot more!

And we thank Mr. Cavanaugh for sending this current photo of "my beautiful Irish bride."  He and Cheryl have been married over thirty years and there's no doubt, Cavanaugh has an eye for beauty and deep loyalty to family and the sport of dogs.