THE END OF THE PARENT BREED CLUB

Most dog clubs, from the AKC to local kennel clubs, seem to have lost sight of their original purpose which is to promote and preserve the purebred dog. 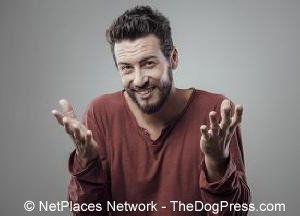 “It is said that, the man who is always smiling is a man who does not know what is going on.” Sadly, not knowing what is going on describes new members of parent/national breed clubs. Those who have joined in the last twenty years barely know their breed’s history or standard let alone a breed-specific club’s original purpose. Parent clubs today have mutated from that purpose. They no longer teach new members the need to preserve breed standards. Parent Clubs have all but been absorbed by the American Kennel Club. With inside support the kennel club today marches to the tune of the HSUS (Humane Society of the United States).

With no vetting process for new members in parent clubs, the HSUS has infiltrated them as well. This “hijacking” of our breed clubs has turned our parent clubs into humane societies and tricked our breeders into becoming research laboratories. Our fight to maintain our breeds today is not with the public or any government. It rages within our own radicalized organizations and the educated breeders in these clubs are not smiling.

We failed our breeds and our parent clubs by placing the uneducated at the helm. Based on little or no education these inexperience leaders continue to make poor choices for our breeds. It used to be, that at one time, the diversity of the breeds were exemplified and promoted by the knowledge of great mentors and leaders in parent clubs. Each parent club once reflected the best of the breed and represented the uniqueness of each selectively bred dog. The standard was the blueprint which protected consistency in breed type. These identities are no longer being preserved. Parent clubs today have become like the Dead Sea; an acidic environment of discontent where “water flows in but nothing flows out”.

With the camaraderie between the HSUS and the AKC, standards were lowered. With novices as parent club leaders, direction changed. Many parent clubs began to lose touch with purpose and HSUS type agendas were introduced. Breeders were asked to curtail breeding; sterilization was encouraged. Unreasonable puppy buyer and breeding contracts were introduced. Result? The public went elsewhere to find a companion.

The HSUS has always based their anti purebred sentiment based on claims that purebred dogs were defective. Unfortunately the uneducated in today’s parent clubs endorsed this belief by the promotion of endless, mandatory health tests. Parent clubs began presenting these HEALTH tests as titles of quality. 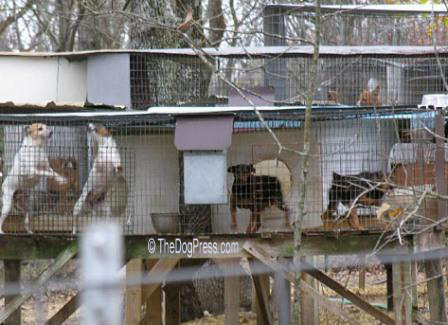 This obsession with health tests gave the quality purebred dog an unhealthy image. Consequently, unhealthy puppy mill bred dogs became the rage. Today four out of five owners asked said they purchased their dog from a rescue or shelter. This means fewer and fewer dogs are being purchased from responsible breeders. The result is that four out of five dogs in pet homes today are now being bred in puppy mill environments and breed clubs have become their distributors.

Sadly it seems easy to brainwash new members into following the “rescue instead of breed”, “sterilize everything” and “test, test, test” agenda. The problem is that many uneducated parent club members today are not aware of how much they do not know.

In the early days of parent clubs, no one expected the novice to know it all. The novice then was not insulted by acknowledging that which they did not know. Novices wanted to learn everything that good parent club mentors could teach. That is why many of us joined a parent club. We joined to learn about and be a part of preserving of our breed. The effect of that educated membership was an educated public. Today AKC education replaces Parent club breed education, the result being that club members are focused on rescue, Canine Good Citizen Tests, Star Puppy Tests, show titles, show rules and every health test possible but they know nothing of breed type and character.

Parent club members today read posts on the internet instead of books on the breed. They study test results instead of pedigrees. They appoint leaders who fail to protect the breed standard. Members vote into power other first year members who have never bred or exhibited a dog.

The result of this mayhem is that seasoned breeders spend much of their valuable time defending breed standards while the world is running to puppy mills for mixed breeds and purebreds are disappearing. “Is this the end of the parent breed club as we knew it”? I hope not and I hope that this has touched a nerve with you.

WRITERS NOTE: Tired of clubs and groups that do nothing? Tired of leaders who are harmful to your breed? Are you an individual interested in preserving your breed and its standard? Would you be interested in joining with other judges, veterinarians, breeders and exhibitors in an “educational based think tank”? If so, contact this writer at cindeebyer3556@verizon.net