INTEGRITY IN THE DOG SPORT

Today AKC dog shows spur a lot of financial incentive from yearly competitions aptly named after the dog food companies that pay for the televised shows.

As you might recall, many of the senior AKC judges tried to start a whole new kennel club, I think they called it States Kennel Club but it was a massive failure. There have been other challenges but the American Kennel Club has large resources and contracted lawyers and the AKC Board {Ref #1) would rather roll over and die a thousand deaths than have their controlling fingers pried off the American dog show world they own, lock, stock and barrel.

In my opinion, the ONLY way to save the dog show world in America is for breeder/exhibitors to take it OUT of AKC hands entirely. Get AKC and their hand-picked judges’ corrupt fingers out of that pie once and for all. We have show-giving clubs (Kennel Clubs) with their now packed and ready bags of experience. We have judges’ clubs for proper judge education and mentoring oversight and we have the dog show Superintendents. Supers are contracted to work for the show giving clubs under certain protocols as overseen and outlined by AKC. 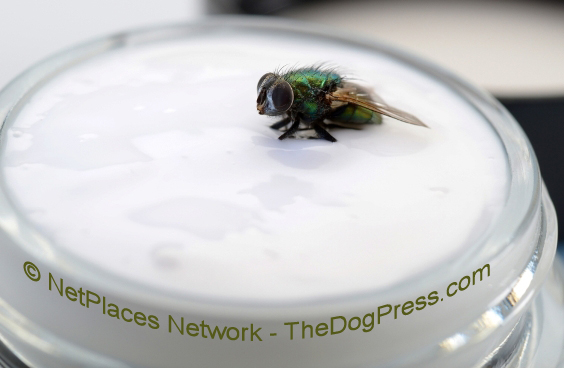 The fly in this ointment is that AKC makes and enforces the rules all the way around and as history incessantly proves; any business or organization that is solely owned and overseen by one body (or board of directors) inevitably becomes corrupt. Simply put, the lust for power, money and control draws corrupt individuals to those positions like flies to a carcass. However, in the dog show world we have an essential moral principle at stake.

Breeding and showing purebred dogs is based upon adhering to breed standards and is therefore, utterly reliant upon both a personal (breeder/exhibitor) and corporate (AKC) integrity that should manage and oversee them. That integrity cannot be legislated as it is by its own nature, exampled through quality mentoring...mentoring by active dog breeder/exhibitors/judges.

Yet, the corrupt deem procedure and appearance as the most practical substitute for integrity in their system of managing the dog show world. The corrupt seek power, influence and control to maintain their dominion as we all well know. And, as we also know, there is no practical substitute for integrity in the dog world. There lies the conundrum. We've seen AKC's substitutes for integrity acted out decade after decade with increasing control and power by the AKC Board and the AKC Judges Department. Many would say that has resulted in a steady degradation and decline in the Sport. It's disillusioning and disappointing to all breeder/exhibitors of integrity with whom this Sport was genuinely entrusted. 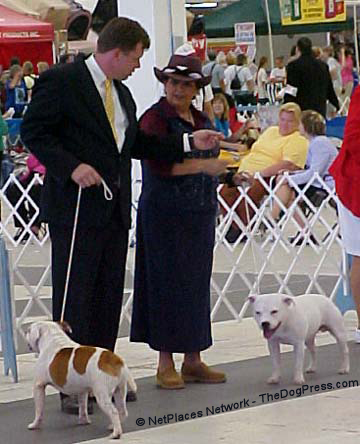 I warned a decade ago this trend to commercialize dog shows would lead to decline and eventually, the loss of the sport itself. I fear this prophet of doom was absolutely correct. Look at the size of the average dog show today and compare it to the sponsored and televised show entries? There is a mouthful to be said there if you care to think about it.

Unwittingly or not, the show giving clubs, the AKC judges and all of their mutually mentally imprisoned members keep AKC in power and control. If the member and breed clubs chose to disband from AKC, along with the judges clubs and form their own show giving body, the supers would have no choice but to follow. That leaves AKC as the primary promoter of puppy mills and as a registrar alone...which is all they are presently suited to be.

The dog show giving clubs together with the judges clubs could provide the essential rules for competition, alter them as needed to accommodate the Fancy's needs and bring some desperately needed integrity back into the sport by limiting what handlers can and cannot do at dog shows, resetting the judging approval protocols and removing the prejudicial 'privileged' treatment of certain individuals by the AKC through its board of directors and judges department. If the judges associations were to appoint an advisory board, they could set up the essential judges training and ongoing mentoring that is actually required instead of depending upon parent (breed) clubs to dole out their intended heirs and assigns. As for field reps, their job could be easily managed between the show chair and judge's club reps...without hiring fulltime people to dole out AKC's Stepford Style protocols.

Since AKC cannot separate the Judges Department from their Board of Directors (who have no business judging the judges to begin with) there is no other option. Starting a new show giving entity has been tried and has always failed for reasons clearly outlined above... AKC works boisterously to maintain its controlling status. They don't want competition and have subsequently bullied and ridiculed upstart show-registry clubs out of existence leaving room only for those mom-n-pop organizations that grant competition for non-recognized breeds or breeds currently in AKC limbo.

AKC is now desperately recognizing every new canine that comes down the pike to eliminate even those tiny show giving outlets. We may yet expect to see the goldendoodle and labradoodle in the sporting group under new names.

If we open our eyes, we are witnessing the migration of former AKC breeder/exhibitors and even judges into the UKC platform where ten cent ribbons are replaced with some real bounty worth taking home, entries can be made on the spot and easily managed on a portable computer base. Champion or Obedience titles can be achieved in a couple of weekends at the same venue in back to back shows under increasingly competent judging. Moreover, because handlers won’t waste the money to enter these venues, the competition is quite fair, relaxed and allows for time to socialize and educate…it is the closest thing to what AKC used to be about.

Wake up, AKC and smell the coffee! All the modern dog world has to do is honestly recognize that there is are valid alternatives to AKC’s tyrannical reign. The breeder/exhibitors legitimately OWN the combined power and resources to create the dog show world they actually WANT.