Puppy mills are the key to big money for AKC so why should the American Kennel Club promote the well bred, well raised show breeder's pups over pet shop puppies?

I'm tired of complaining about puppy mills. Don’t you wish someone would either “do something” or everyone would just shut up and accept that they are favored by AKC?  When we first published this in 2002, we thought puppy mills were on the way out.  But in fact, they are growing, nurtured and fertilized by the registries you and I support.  You know it. 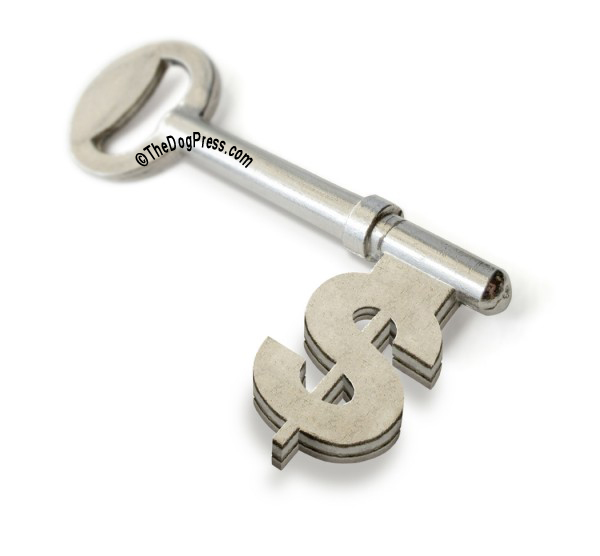 One of our Advisory Board members was researching puppy mills and and pet shop puppies.  Even as I answered her questions, I could find no justification for the hypocrisy.  Dr. Lee is a very learned woman but she was incredulous when I had to admit that “puppy mills” have the same registration rank, i.e. privileges, as the most highly respected breeders.  The more I tried to rationalize the reality of the situation, the more I squirmed.

Let me put it in perspective.  American auto makers spend millions developing some of the safest, most stringently tested cars in the world.  They advertise their "show quality" autos on national TV.  Still, they all have a cheap, bottom end starter-car “designed” to fall apart after 36 payments. Anyone with a lick of sense knows you pay more for a quality car and in the long run, you save money over a throw-away car.

Conversely, not one penny of the fifty million bucks we send to AKC every year gets spent on TV spots or educational PR.  So how is a family supposed to know that the $900 pet shop puppy is inferior to the one that the top breeder sells for $500??!!

Do any of the Registries promote the value of a top quality, well bred puppy over a puppy mill puppy? Does AKC advertise what is supposed to be its brand- a healthy happy purebred puppy?  No, they register them the same and essentially warrant them to be as good as a “puppy mill” puppy?  Do any of the registries suggest that a home-raised, hobby/show breeder puppy might be healthier, better adjusted, more like its breed?

How would a potential puppy buyer know of the misery and suffering attached to that cute little fuzz ball in the pet shop?

Incomprehensible?  Hypocrisy to the extreme?  Treason against the show and performance breeders who invest so much time and money into doing it right?  Into making the AKC name a byword?  You betcha!

Are hobby and show breeders profitable for the Registry?  Is AKC avoiding moral and ethical responsibility?  Insulation against legal action by puppy millers?

OK, if you answered “yes” to all of the above, you score 100%.  You also came face-to-face with the reality of the puppy mill problem.

If, like the auto manufacturer, AKC and UKC stressed the value of the carefully planned, crash-tested, well designed, rust-proofed, signature series puppy, that would help.  But no, they are in effect, telling buyers that the el cheapo model is “just as good.”  If GM tried that, they could be sued when the family that bought a tin can instead of a Suburban was severely injured in a side-impact crash.  If the dealer recommends the new car that is crash tested by independent labs, road tested and rated by (whatever!) it is an honest sale.  If the buyer chooses to drive off in a toy car and gets in a wreck, he has no recourse.

If the Registries would just admit that commercially-bred puppy mill puppies are not expected to be as genetically healthy, emotionally sound, structurally “well built” and laden with chrome as those carefully planned dream-babies individually reared by an accredited breeder, well, gee, wouldn’t that be a fair way to do business? 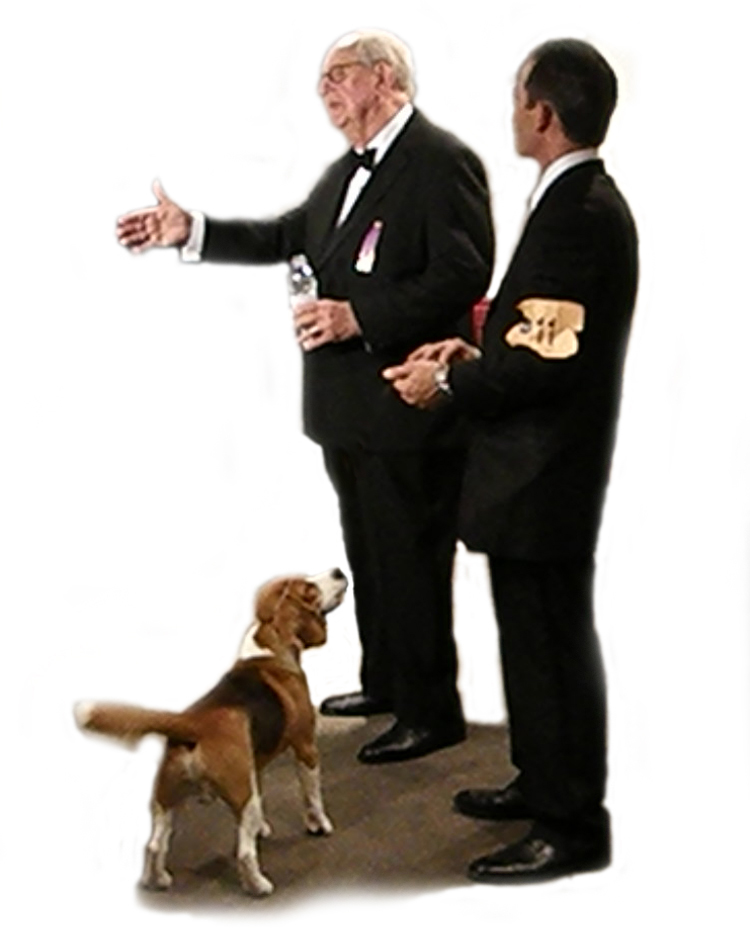 If the Registries had an independent testing lab and some experts to “test drive” randomly selected models (breeding stock), they could state that overall, pups from “A” rated breeders would likely be better than those from “B” rated kennels.

But wait, we do have an independent testing process!  It’s called the dog show; different venues, different conditions, different opinions.  All of which adds up to validation of quality at least insofar as body style and performance features.  So what’s the problem?  Why doesn’t AKC take the initiative and do the common sense, obvious thing??

Why doesn't AKC and UKC promote the health, type, temperament and value of a show-bred, hobby breeder's puppies?

Is it because most of the registry's income is derived from puppy mill registrations and Heaven forbid, no financial empire would want to annoy their best customers.  Remember, that is not you, it is the puppy mills.  In addition to establishing their own registry as was recently threatened, the millers might file a class action suit.  Breeders won’t.  They will just keep paying ever-increasing registration fees (do the millers get discounts? YES!) and supporting the sport through competition, donations, and commerce with hundreds of peripheral enterprises, photographers, suppliers, ah well, you get the point.  If we carried the same clout, the same unified voice as the puppy mills, we could get “somebody” to “do something” about puppy mills.

We could strongly suggest, by withholding our $$ as did the mid-west puppy miller’s association, that AKC or UKC take the initiative and institute one of the oft-discussed two-tiered registration systems.  It could be as simple as accrediting breeding programs based on a combination of championships (bench, field, or performance) and basic health clearances.  What can be so hard about that?????  They have computers.

For that matter, so does TheDogPlace and finally, there is a unified voice.  Forcing an issue is called a Project and Registration Reform is Project #2.

Let’s quit talking about the horrors of puppy mills.  It is time we quit supporting Registries that put the interests of puppy mills over those of hobby breeders.  It’s time we demanded the Registries do something affirmative and constructive.