In a misguided effort to save every stray from euthanasia, animal shelters staffed by volunteer animal rights zealots from PETA, HSUS or other anti-breeder groups can badly mislead people seeking to adopt a pet.

A call to volunteer at shelters nationwide has gone out on animal rights websites in an effort to push their AR agenda within the shelter community. Their websites are full of pleas to volunteer at your local shelter so every pet can live to be “rescued”.

This happened only yesterday. An old client called me about her new dog, excitedly proclaiming “We rescued him from the local shelter. He’s a Soft Coated Wheaten Terrier.” “Really?” I queried skeptically. “Bring him over, I’ll groom him today. It’ll be good to see you again.”

Cindy’s last dog, “Buddy 1” was a 15 lb poodle cross that lived to be 14. At 50 lbs with Chow fur “Buddy ll” neither looked nor acted anything like his predecessor. But in Cindy’s eyes he was a lap dog and “Buddy” incarnate. 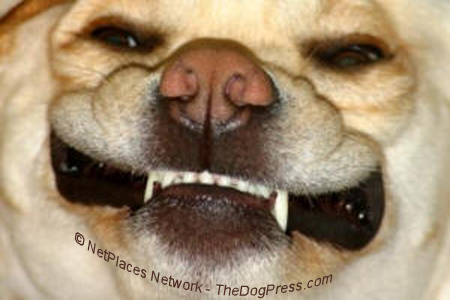 What I saw was a train wreck waiting to happen. After 2 hours in the shop, I was pretty sure of my initial assessment. I noted the aggressive expression as he peered out of the cage at me. Buddy barked continuously, tried to escape at every opportunity, met each step of his grooming with a series of avoidance behaviors and when I started on his nails, he began biting. He was no lap dog!

As I sent him home, I handed Cindy a card for the best dog trainer I knew. I was pretty sure she was going to need it. How did this domineering, pushy, neutered shelter dog get into such an inappropriate home? Who at the shelter dropped the ball in the “adoption” process? If “Buddy ll” had been a horse, the ad would have read “experienced rider only.” Cindy wasn’t that rider.

What we see is a pattern to enact laws written by Humane Shelters, PETA, HSUS, and other AR groups and societies. These shelter volunteer folks know little or nothing about animals or animal behavior. What they do know is fundraising. They also have a pretty good handle on the political process, and getting the AR message out to Joe & Jane American.

Another experience at a veterinary specialist was even more telling. While waiting nearly an hour in the lobby with my toy dog clutched under my arm, a parade of disobedient dogs with their owners in tow found their way to empty seats all around me. As I clutched “Spotty” tightly, they struck up a friendly conversation with one another. Each struggled to control their beloved shelter pets. As they lunged and barked, each owner proudly announced that they had rescued their pets from the clutches of certain death at the shelter. Each owner was immensely proud of their unselfish act of animal heroism.

The woman with a German Shepherd Dog proudly claimed to have “shut down the puppy mill” where her dog came from. “Turned her in to Animal Control at the local shelter” she said. That was met with approval all around. After emerging from the exam room to check out, the same owner proudly announced the results of her visit. “The ultrasound showed 5 PUPPIES !!!! We are sooo excited! I can’t wait!!"

I just about fell out of my chair! When is someone going to turn her in and put HER out of business I wondered?

How did public opinion shift towards shelter adoptions to “save” the animals instead of seeking pets from dedicated hobby breeders who love their dogs and produce healthy pets, typical of their breed? How have responsible hobby breeders become the “New Puppy Mills” targeted by these AR zealots? How did we lose our way?

In our fight to defeat AB 1634 here in California, sponsors of the bill labeled us “underground puppy mills, tax cheats, dog fighters and animal profiteers.” AB1634 is currently tabled but they are coming at us again in 2008. With a vengeance, bringing with them the huge war chests of PETA, HSUS, AHA, ASPCA et al and a surprising amount of public sentiment on their side.

Dedicated dog breeders need to turn the tide of public opinion. The message must convey the advantages of owning a purebred pet from a responsible hobby breeder. A purebred companion dog from a reputable Breeder is one that:

It may be time for AKC, UKC and CFA to start a serious collaborative public relations campaign extolling the virtues of purebred pet ownership and the importance of obtaining that animal from a reputable hobby fancier. Buying radio and TV airtime to promote those benefits is critical. Portraying us as "Pure Breed Fanciers” instead of breeders and spotlighting parent club rescue to refute the misleading shelter argument. These precious time slots should be our shining hour and we need to “own” them.

We all played along with the “Shelter Dogs” pitch, only to find that salty dog has come back to bite us in the rear! The Animal Rights wave is sweeping over us nationwide. If we are to stay afloat, someone needs to throw us a life line. And soon.