Attorney presents three cases of out-of-control Animal Control. Consider the financial and emotional damage and then realize - it could happen to you! 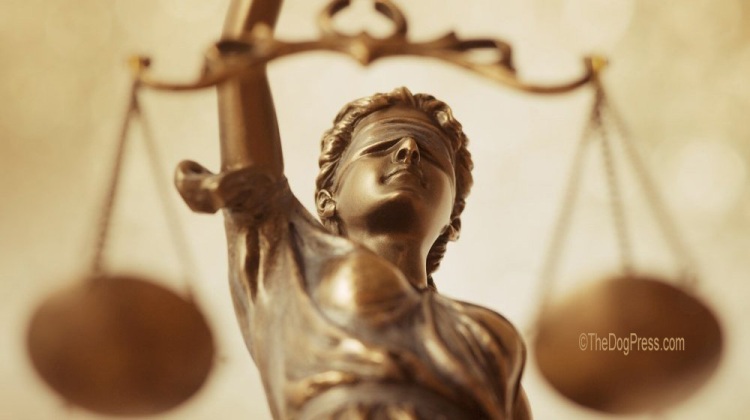 What do these incidents have in common? The charges were unfounded; none of the individuals involved was found guilty of cruelty! And in each case, the charges were filed by overzealous animal control officers who, as a matter of principle, oppose breeders—and in at least one case, were former employees of the Humane Society of the United States.

These are not isolated incidents—similar incidents are occurring all over the country. Breeders and exhibitors need to recognize that they could be next; and must be aware of their rights under the law. Each of the individuals in these cases incurred thousands of dollars in legal expenses—and it could happen to you.

Mimi Winkler (Bichon Frise) and James Deppen (Neapolitan Mastiffs), both long-time members of the fancy and AKC judges, had a hobby breeding kennel in Pennsylvania. In December 2009 the local Dog Warden (“the Warden”) visited their kennel, as he had semi-annually for the previous five years. He found no violations. He returned in April 2010 with two other wardens when Ms. Winkler was alone and claimed there were numerous violations—for example, that some of the Bichon Frises had mats in their hair. The Warden told Ms. Winkler that she could avoid criminal prosecution only by surrendering her dogs. Unaware that state law gave her 72 hours to correct any problems, she tearfully allowed the Warden to take her beloved dogs. The wardens also alleged that some of the Neapolitan Mastiffs owned by Mr. Deppen needed veterinary care for eye problems—apparently because they did not know that exposed haws are normal for the breed—and left a notice to have them examined by a vet. Interestingly, the Warden did not want to seize the Neos—just the small dogs!

In June 2010 Pennsylvania filed dozens of charges under the animal cruelty section of Pennsylvania law: specifically, depriving the dogs of “adequate veterinary care;” there were no allegations or charges that the dogs were ill-treated, abused or neglected. In July the Warden filed an additional five charges against Winkler and four against Deppen. Thus there were at least 60 charges against Winkler and Deppen.

Mimi Winkler has bred Bichon Frises for more than twenty years; she has won National Specialties, won multiple Bests in Show and Group wins at all breed shows, including owner-handled wins at Westminster Kennel Club. Dogs she bred have won at the Garden and Eukanuba. Her dogs have been exported and shown to wins in Sweden and Japan. Winkler was President of Longshore-Southport Kennel Club for 4 years, and president of the Nonsporting Group of the Garden State for six years.

Jim Deppen is one of the pioneers of Neapolitan Mastiffs in the U.S., at the forefront of the introduction and admission of the breed to AKC registration. He has always been regarded as a knowledgeable and respected handler, breeder and judge. In his career he bred or handled top-ranked Neos, Shar-Pei, Havanese, Mastiffs and Newfoundlands. He has Best of Breed wins at National Specialties and Westminster.

The charges against Winkler and Deppen were widely reported in the dog press and elsewhere—sometimes accurately, sometimes not. Sadly, many members of the dog fancy immediately concluded that they were guilty as charged and publicly attacked them. The AKC put both parties on referral (for registration purposes) pending the outcome of the case.

Winkler and Deppen hired Patrick Reilly, a prominent and respected criminal attorney with Gross McGinley LLP, a large firm in Allentown, PA. A trial by an elected Magistrate Judge was scheduled.

Numerous issues were raised at Trial:

The Magistrate Judge was not an attorney. Such Magistrates typically deal with violations of the Motor Vehicle Code, and minor instances of animal cruelty—they do not normally preside over extensive trials. This trial lasted three days; there were about twenty witnesses from both sides.

Under Pennsylvania law, findings by a Magistrate are not final; Winkler and Deppen were automatically entitled to appeal and have a brand new trial in the municipal Court. Upon the filing of the appeal, the Magistrate’s ruling is voided—the law provides that the defendants are considered innocent and that the Commonwealth must prove the guilt of the accused parties. Normal rules of evidence apply.

Before the new trial could occur, the prosecutor offered to drop the cruelty charges against both Winkler and Deppen if they would plead guilty to operating without a license. Usually, such plea bargains are offered if the prosecutor believes that there is not enough evidence of wrongdoing for a conviction. Pennsylvania has a program called Accelerated Rehabilitative Disposition—essentially probation before judgment. The defendants are given a period of time—in this case 60 days—to correct the problems, and if no other violation occurs, the charges are dismissed and the record expunged (erased). There will be no record of any kind that Winkler or Deppen was ever charged with cruelty.

Attorney Pat Reilly, who represented Winkler and Deppen, stated to me that the Pennsylvania Trooper who filed the animal cruelty charges was pleased with the result. She apparently believed that she was brought into the case by the Warden, who failed to disclose all the facts. The prosecutor who handled the case acknowledged “that he had learned that Winkler and Deppen were not animal abusers.” Reilly stated “one of the photos is not even from Mimi and Jim’s kennel. The photos show urine and feces to a minimal degree, consistent with a kennel that is cleaned daily. The other charges are so de minimis [minor] as to be ludicrous.”

In the Maryland case, local animal control officers seized two large dogs from the owner’s kennel run, apparently because they had received a report that the dogs were outside in the rain. The weather was clear and no rain was forecast when the owner left in the morning; in any event, both dogs had access to two large igloo-type dog houses. One of the officers, who has publicly stated that all dogs should be spayed or neutered, took the position that the igloos did not comply with the local ordinance requirements for shelters. He seized both dogs and took them to the local pound, and charged the owner with cruelty.

The owner immediately engaged legal counsel; nonetheless, she was required to replace the shelters before the dogs were returned to her. Her attorney notified the county attorney that she intended to vigorously defend herself, and subpoenaed official documents. The charges were ultimately dropped completely, and the local ordinance was amended to make it clear that igloo-type shelters complied with the law. She incurred legal expenses and costs to replace the shelters—and her dogs spent 3 days in the “shelter.” The owner visited daily and on each visit had to insist that someone mop up standing urine and scoop feces in the run.

Recently, Pack Master Wendy Willard, of the Murder Hollow Basset Pack in Pennsylvania, was charged with 22 counts of animal cruelty, and after 14 months and a trial, all 22 counts were withdrawn (legal fees probably exceeding $100,000). The basis for many of the charges was that the dogs had untreated “cherry eye”—again, the wardens were not aware that the breed has exposed eye haws. Or perhaps there is a more sinister interpretation—the wardens were aware, but deliberately misrepresented the facts to try to make a case for cruelty.

What can we learn from these cases? Most important, it can happen to you—or to any of us. As a first line of defense, be sure you know what the law is in your state or locality (generally, local law cannot require less than state law, but it may be more stringent). Ask a local attorney to speak to your group about the law. If an animal control officer or warden asks to go through your kennel, ask for identification and determine if he has a warrant or other authorization before you consent. Do not allow yourself to be intimidated or threatened, and above all, do not give up your dogs without first checking with an attorney. Be polite and non-confrontational, but stand your ground.

Perhaps more importantly, recognize that the animal rights movement, and especially PETA and HSUS, have embarked on a campaign to eliminate breeding, and ultimately ownership of dogs in this country. They are attempting to co-opt state and local animal authorities to further this agenda—placing their people as animal control officers and wardens, enacting laws and regulations that limit the number of dogs you can have, and filing baseless charges against reputable dog breeders to discredit them and to create situations causing embarrassment and expense. They often use coercion, intimidation and threats to accomplish the surrender of the dogs—who are then turned over to “rescue” organizations who typically rehome them for a substantial fee and before a determination of guilt or innocence. Don’t let it happen to you!

Sadly, the dog fancy often believes rumors and jumps to the conclusion that being charged means being guilty, and condemns other fanciers without having the facts. If fanciers turn on each other, they further the HSUS agenda. In the Pennsylvania case, there was a public outcry against two people who were ultimately found not guilty of anything except letting their kennel license expire.

Have you ever gotten behind on your paperwork and let a license expire? Did you ever skip cleaning the kennel yard for a day or two because you had the stomach flu? Are your older dogs matted, even though they are clean and healthy? Does your breed have a characteristic that an ignorant or malicious warden could claim was an untreated medical condition? If the answer is yes to even one of these questions, you could find yourself accused of animal cruelty; charged with crimes; or threatened and intimidated into giving up your dogs.

Fortunately, in the U.S. you are always deemed to be innocent until you are proven, beyond a reasonable doubt, to be guilty. Give your fellow fanciers the same benefit—learn all the facts before you draw a conclusion. If there is a court proceeding, wait until it is over before you take any action or make any statements.

The American Kennel Club, commendably, takes the position that everyone is innocent until proven guilty. Although the standard AKC penalty for any conviction of involving cruelty to animals is a ten-year suspension, no penalty is imposed until there is an actual criminal conviction. I do not disagree that a judge, handler, or owner may be put on temporary referral until the charges are proved or disproved.

In the cases discussed above, all the cruelty charges were dismissed—however, dogs were seized (and some were not returned), the owners spent thousands of dollars to defend themselves against baseless charges and suffered the condemnation of a community that should have supported them. Never forget—it could be you next time.

First published in Dog News. The author, D. Jay Hyman is an attorney who specializes in all aspects of purebred dog law. A graduate of the Wharton School of Business and Harvard Law School, he has been breeding Rhodesian Ridgebacks longer than anyone in the U.S. He judges Hounds, Herding breeds, and some terriers. He may be contacted at: D. Jay Hyman, Esq. (301) 606-2097 or Email: djhyman@comcast.net