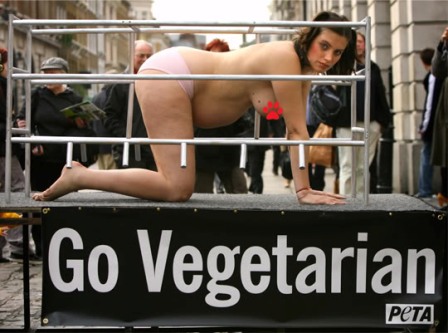 A broad range of beliefs are associated with Animal Rights (AR) and Animal Welfare (AW) activities but they all believe in the power of money!

Animal Rights followers are mostly Vegans (no meat, fish, poultry or dairy) who do not believe in using any type of animal for medical research. Animal Welfare supporters believe in humane care, use and enjoyment of animals as part of our everyday lives. There are federal and state laws which define humane care and use of animals. It is these existing laws that should be utilized in breeding and caring for both pet and livestock animals.

Animal Rights beliefs have generated a variety of AR activists ranging from dangerously violent (on the FBI Terrorists list) to behind-the-scenes aggression and persecution. Animal Rights advocates include the Humane Society of the United States (HSUS), People for the Ethical Treatment of Animals (PETA) and the American Society for the Prevention of Cruelty to Animals (ASPCA).

Animal Rights supporters believe in guardianship instead of animal ownership. That means giving animals the rights of “personhood” so that groups can then remove an animal from a home or facility using laws similar to that of removing a child from a family, with an attorney representing the animal and no one to represent the person(s) who own the animal(s).

There are numerous categories of “Rescues/Rescuers.” Most 501-C rescue charities legally pull animals from shelters to supply foster care and “forever” homes, saving animals from imminent euthanasia. These rescue groups are often breed-specific branches of those participating in American Kennel Club (AKC), United Kennel Club (UKC) and other kennel club activities. They arrange transport of “pulled” animals to loving homes through a network maintained nationwide. They are sincere and importantly, qualified to evaluate the condition and temperament of potential “rescue” animals.

There are also some radical Animal Rights 501-C Rescues whose members have infiltrated local governments and community groups to gain control of shelter operations. Private Rescues (frequently Animal Rights supporters) often operate outside the law. Acting independently, these rescues groups roam areas to release tethered dogs, unlatch dog pens, take hunting dogs out of the woods, remove animals from yards, etc. When "rescue raids" occur, the animals are taken into custody, and immediately euthanized or transported out of state by a conspirator. Shelter-Sponsored rescue groups are well organized, often conduct seizure raids and arrange sale or the transport of animals to other shelters, usually interstate.

A classic example of illegal transporting occurred when legitimate breed rescue groups arrived in the Gulf States and could not find the dogs they had mobilized to rescue. Assured that the HSUS had the dogs in shelter, they arrived in caravans from as far away as Chicago only to find that many valuable purebreds had been moved with no accountability. Most were never recovered, generating lawsuits and a long, convoluted investigation by the LA Attorney General. See Hurricane Katrina {2} and claims by the Bullmastiff club rescue {3}.

AR activists are seldom qualified to evaluate proper care and maintenance because their outlook is based on radical (often hysterical) beliefs and not that of actual or educated experience. Independent and private “Rescues” often contact Animal Rights groups such as HSUS/PETA/ASPCA to initiate rescue raids. Whenever possible, those rescue raids are conducted with media coverage because it generates donations for them. 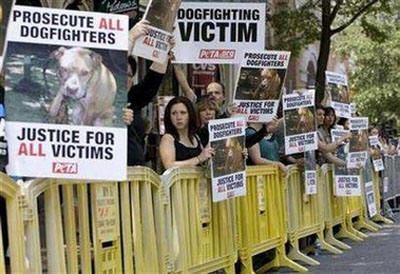 Hundreds if not thousands of breeders have been illegally and wrongly persecuted in such raids. “Rescuers” are often accompanied by local law enforcement or animal control officers who become an unwitting accomplice to a crime. Here is how it works: an officer or the rescue leader knocks on the door demanding access and threatening instant jail unless all animals on the premises are surrendered and “signed over” to them. These raids are often carried out without a warrant although as reported by 20/20, magistrates can be part of the plot {4} or conned into issuing a warrant. More often than not, the alleged “abuse” is exaggerated or unjustified but carefully proven by staged photos taken by those conducting the raid. In some cases, an examining veterinarian may be complicit and therefore guilty of false statements regarding health or condition of rescued animals.

Some private Rescues have a mission of eliminating all breeding, taking control of facilities small or large by focusing on everyone known to raise (usually purebred) cats or dogs. They pose as potential buyers, gaining information by phone and subsequent access to private facilities and homes.

Most shelters and rescue groups make honest transfers but unfortunately, others are profit-driven. There are actually “shelters” operating as profitable pet shops for dogs and cats received from other shelters, even other countries (Mexico, Puerto Rico, Taiwan) and from warrantless rescue-raids.” When shelters need to bring in dogs from offshore in order to meet public demand, it puts a spotlight on the subject of pet overpopulation.

Maybe a central national shelter “clearinghouse” network is needed to help. But then the importance of those put in control of that operation would be critical. Most valid local shelters operate on very limited budgets, depending upon donations and assistance from their communities. Ideally, all shelters should be “no-kill.” Unfortunately there are shelters and rescue groups that operate mainly to eliminate pets. Records show in 2011 PETA killed more than 95 % of the animals they took into their Virginia facility. The “shelter” and “rescue” situation has almost no regulation, with groups such as HSUS/PETA/ASPCA gradually taking control of all animal ownership and breeding through aggressive, well funded lobbying our politicians are too ignorant to recognize or too greedy to refuse.

HSUS and ASPCA have become so similar in their advertising and actions that it's difficult to claim they operate separately. HSUS flagrantly ignores the 1995 Lobbying Act, admitting to funding lobbyists while operating as a charity at taxpayer expense.

A shelter should be a safe haven, not a killing place for adoptable animals. A rescue should mean saving animals from a dangerous or unsafe situation. “Rescue” should never be an excuse to persecute an individual or facility because radical AR beliefs are not followed there. Until everyone is better informed about the real meaning of terms such as humane, abuse, animal rights, animal welfare, puppymill, breeder, shelter and rescue, the radical, well funded HSUS, PETA, ASPCA rescue raids will continue to infringe on our constitutional rights and lifestyles.