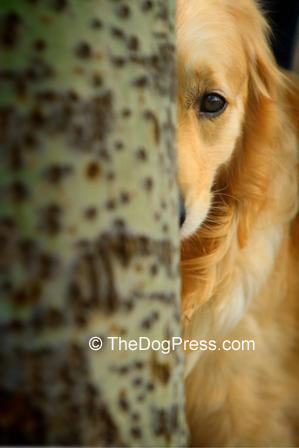 Well meaning rescue groups may think the cutesy acronym will help their cause but actually, it associates them with one of the darkest money makers in dogs.  The internet, along with Best Friends, Peta, HSUS and the Animal Defense League, may have fueled the Canine Underground Railroad’s growth and the animal transport business.

Most rescue groups don’t realize the origin or the nefarious use of this cutesy phrase or that one of the most dangerous Animal Rights Groups laid claim to CUR decades ago.

The FBI ranked ELF{1}as a top domestic terrorist group and an internal DHS report{2} reveals the ELF/ALF connection.  ALF even has a manual on the internet that lays out plans for carrying out a CUR rescue.  Using the same name can imply unwanted connotations to the FBI. Any group acting on ALF’s advice is probably serving interests they don’t understand.  By operating in secrecy, CUR operations give a black eye to dedicated breed rescuers.  It’s simple.  Legitimate non-profit dog rescue operations do not require the cover of darkness, nor should they require "safe houses."

Financial collusion between CUR and animal shelters is also a real possibility, further jeopardizing the good work of honest animal shelters.  Here’s why.

Instead of a last chance for potential pets, CUR rescue groups can be just another chance for someone to profit at the expense of animals in need of homes.  An underground operation sounds more like a clever way for unscrupulous people/groups to generate income for dog transport enterprises.

When sites such as International Literary Arts, operated by one Pam Brodowsky of Moscow, PA offers to sell her $24.95 report to what she says are over 25,000 rescue operations it shrieks of either a huge, organized operation of corrupt rescues or grossly inflated rescue group figures.

25,000 rescue operations"? That's 520 rescue groups per state or 4 times the average number of counties per state!

Rescue of homeless animals should be a noble and selfless goal but that is not always the case.  With an unending supply of donations, animal rescue can be a gold mine for transporters who claim to be volunteer rescuers but are in reality, just entrepreneurs with vans for hire.  The field is so lucrative that animal transport companies are courting animal shelters.

According to Best Friends, some shelters publish a list of “to be destroyed animals” (those whose time has run out).  Why would such a list be circulated?  Is it because those shelters charge rescuers a “pull fee” in order to “sell” animals for rescue?  Do those dogs all go to needy (low inventory) animal shelters and thus to loving homes?

No, it seems some are doomed to keep riding the underground railroad from one shelter to another, sucking up donations through pull fees, transport fees, etc.  The shuffle, known as riding the rails, can continue for days, further stressing the dogs which are meanwhile denied rest, care, and veterinary treatment.

CUR can be profitable for a kill shelter.  No more cost for killing and disposal of dogs when there’s a “rescue” group willing to “buy” those dogs.  If the shelter doesn’t bother to separate the real volunteers from the commercial rescues, well, does financial conspiracy come to mind?

The transport business spreads disease from county to county, state to state. There are documented reports of thousands of diseased dogs imported{3} from other countries!  One site mentions stripping down after a transport, clearly indicating they realize that dogs picked up from shelters may carry transmissible diseases.  Veterinary groups have expressed concern about diseases introduced and passed around by relocated rescues but the numbers indicate tons of money involved in supplying dogs for adoption.

PetSmart is known for its Rescue Waggin program which operates specially designed trucks to transport adoptable dogs from overpopulated areas to “partner shelters” (whatever that means?) and it claims to have saved more than 10,000 pets since 2004.  No doubt it would shock PetSmart if those dogs delivered to partner shelters were re-rescued for pull fees and became part of the Canine Underground Railroad!

It has been openly stated that there is no tracking information on rescued dogs and cats.  So who would know?

Rescuing animals is necessary and the need is greater as the economy worsens. We must find a way to separate the good from the questionable.  Dropping CUR from the name of the legitimate rescue group may be the best way for animal welfare groups who rescue and re-home to set themselves apart from the animal rights groups that rarely do animal rescue.

We urge rescuers to operate in the daylight. To be legitimate you must have an open door policy and separate your group from the negative connotation of CUR.

{3} CDC Reports Over 400,000 Offshore Shelter Imports  ~  See Instant info on ii Quarantine Requirements? and wonder about all those imports.