DORIGHT DOG OWNER vs. THE GUILTRIPZ 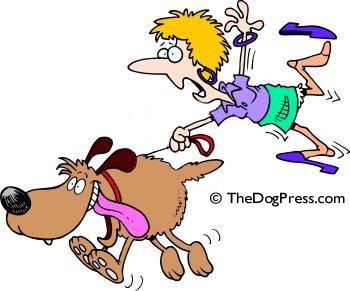 It doesn’t take much for folks with that superiority complex I spoke of in Shelters & Moral Superiority{1} to get their knickers in a twist. The act of adoption doesn’t qualify anyone for instantaneous sainthood.  In that article, I introduced you to the Bleedingharts. Not bad people, if they can step down from their homemade pedestal and follow through with Muffin to keep her part of the family.

Now I’d like to walk you around the rest of the neighborhood. The Bleedingharts’ cousins, the Guiltripz, also adopted a dog. Like their extended family down the street, they answered an ad claiming the dogs would be put to death if immediate homes could not be found. Unlike their more well to do cousins, the Guiltripz only had enough money to pay the adoption fees, buy a “Breeders Suck” t-shirt, a very basic brand of food, and shell out for the required license fee.

The Guiltripz don’t have the money for a trainer or much inclination to help Biscuit learn better behaviors. As they see it, they’ve done their good deed adopting a shelter dog, their work is finished, and if the dog escapes the yard because they can’t fix the fence, it’s not their fault.

If Biscuit bites little Susie when she passes by on her way to school, it will be the Boogeyman’s fault, you know him, the Bad Breeder or the Former Owner.

Biscuit spends most of his time in the backyard, alone, because the Guiltrips can’t control him and won’t try. When his long coat becomes matted and they have no choice but to take him to a groomer, Biscuit, not surprisingly, reacts badly. Instead of correcting the dog, they state “He’s a shelter dog, a rescue, he must have been abused in his prior life so it’s OK”.

It’s NOT OK. These folks wanted kudos from their peers for their selfless sacrifice, yet they are not willing to live up to the commitment they’ve made. Excuses are for people who can’t handle responsibility. Unfortunately, both the Bleedingharts and the Guiltripz seem still to think that everything negative about their righteously adopted shelter dog is the fault of whoever intentionally breeds a litter. 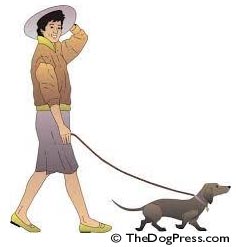 Now let’s meet the Doright family. They did not adopt a shelter dog.  They wanted a specific breed, yeeks! a purebred dog. They’ve been attending shows, talking to breeders, reading up on the breeds they admire and planning ahead for their new friend. They invested in a secure fenced yard for outdoor play. They have a strong crate for housebreaking and for assuring their girl doesn’t have unsupervised access to a male when she comes into season. They bought appropriate toys and supplies and have a healthy respect for the next 12-14 years of care required.

They considered showing, weren’t sure it was for them but would like to keep that door open for the future. But now they are ready so they fill out an application and are interviewed to determine if they are the right home for the breed they want. Two breeders turn them down, not because they aren’t lovely people but because the pups they have aren’t just right for this family.

When they do acquire Cupcake, they are educated about her needs and have a knowledgeable network of people, from the breeder and all his friends to the parent breed club and their local kennel club. They aren’t in this alone. They appreciate these valued resources and call upon them for advice whenever needed. Subsequently, Cupcake has a lifetime home where she is understood and receives appropriate stimulation, affection and balanced discipline. Should they ever fail in these matters, Cupcake’s breeder stands ready to help or bring her back at any time over the course of her life.

The Dorights don’t need to boast and brag about how they brought Cupcake home. They are too busy being good owners to regale anyone who will listen with how wonderful they are for having adopted a shelter dog. When they come across Biscuit and the Guiltrips on an evening walk, they may offer advice to the owners holding a barely restrained dog on a lead. Their well-meant advice will be ignored or answered with the battle cry “He’s a rescue!”

When asked where the Dorights got their happy, well behaved dog, the Guiltrips sneer at their answer. After all, they’ve adopted. They drag Biscuit back home to his lonely existence in the back yard and sagely tell each other that they’re better people than those awful Doright people. They saved a shelter dog!

Much like me as an individual not being the point, the Dorights, Guiltripz and Bleedingharts aren’t either. It’s supposed to be about the DOGS. So please set aside presumptions and prejudices, make informed choices based on your circumstances, personalities, and preferences. Focus on productive answers instead of blame.

Our best friends are counting on us. Let’s not let them down.