The study on dogs pooping in alignment with earth’s magnetic fields wasn’t meant as a joke. Does your dog do this or does the science stink?

I thought this was an April Fool's joke but no, this is a real study. Scientists noted that when deer and cattle lay down, they align their bodies “with (respect to) the magnetic field lines.”

So researchers “decided to look for examples of expression of magnetic alignment in dogs. Expecting magnetoreception in dogs is reasonable given the extraordinary homing abilities of dogs and closely related species like red foxes, coyotes and grey wolves”. {Ref 1} 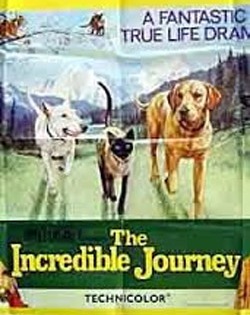 Those poop researchers could have just searched the net and saved a lot of money. Most animals have an "uncanny" sense of direction but I've never noticed that they use it when emptying out.  Perhaps, locked up in that lab, the scientists never heard of Disney’s classic movie, The Incredible Journey. The true story of a Labrador, a Bull Terrier, and a Siamese cat’s 250 mile adventure through the Canadian wilderness. There have been thousands of reports on homing instinct and cats and dogs finding their way home across vast distances.

They have even documented (by tattoo, microchip, and pet tag) cats and dogs following the family to a new home the pet has never seen!!!

Those scientists could have asked anyone who owns an inside cat. Mine couldn’t care less. But no, the scientists “ …measured the direction of the body axis in 70 dogs of 37 breeds during defecation (1,893 observations) and urination (5,582 observations) over a two-year period” before arriving at the scientific conclusion that dogs poop in alignment with the north and south poles.

I think they could and should have done a study about the electromagnetic fields (EMF) high voltage power lines put out because they can cause serious health problems. Or perhaps they already knew that and this was some kind of diversionary report paid for by the utility companies.  No, I am not smiling! I read (in TheDogPlace.org) about a power company running lines through a dairy pasture to supply more power to a burgeoning subdivision. The dairy herd was decimated by sickness, and their hooves became so grossly deformed that most of them had to be destroyed. See links display below.

Animals are more in tune with things that can cause cellular vibration. If you think that's amazing, think about this... that is the way a microwave cooks stuff, by causing the food to vibrate and create heat. I don’t own one. Call me old-fashioned but my "pedigree" is "littered" with gypsy blood and I understand that there are forces we don't understand! 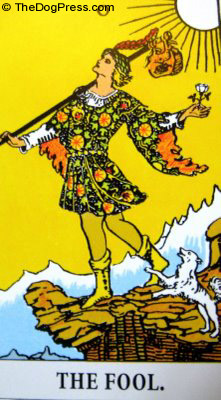 Personally I believe that felines are slightly more "attuned" to frequencies and vibrations. (You've felt-heard a cat purr) If you suddenly have a dud for a stud, or your prize bitch has flakey seasons, think about electromagnetic fields and look UP and AROUND your property. New power lines? I heard that they are burying big power cables in some areas.

If a kennel dog isn't doing well, move him to the opposite end. If you can’t see anything new, like power lines or those infernal microwave towers, then call a certified dowser. Yes, they are real. In fact, they could probably have told the scientists a lot.

The Am. Society Of Dowsers {Ref 2} was chartered in Vermont in 1961 and it has chapters in most states.  The dowsing rods turn towards water or minerals or whatever they are looking for but I do not believe animals care which way they poop.

Here's some useful information for people with animals.  Most cat breeders know that fluorescent lights can adversely affect your animals, especially in rooms where they are constantly exposed. The “fluorescent tube is a gas-discharge lamp that uses electricity to excite mercury vapor ” which then “causes a phosphor to fluoresce, producing (ultra-violet) visible light.” My cat friends know all about the adverse effects on their stud cats. Cats could be more sensitive than dogs, more strongly feeling the “radiations within these (EM) frequencies that are weakening to the body, especially over long periods of time.” {Ref 3}

I took a long look at the dog poop-direction-study but I think it is just a publicity stunt and waste of tax-payer and grant money. Most dog owners, especially those who show, hand walk their dogs. How many of you have noticed that dogs “prefer to excrete with the body being aligned along the North–South axis under calm MF conditions.”?  At something like $100 per word, what the study says in plain English is that dogs changed poop position depending on the magnetic frequency.

I’ve been to dog shows and I’ll bet that folks have never noticed that dogs give a poop which way they position for a dump or a pee. My cats don’t care. They just walk into the litter box, sniff around, and “go”. If they aligned their bodies towards the north or south pole instead of the screen I have up, trust me, I would notice.

We humans may have lost touch with most of our primal instincts but I think we can agree that we still have sensitivities and awareness. If I were a dog, this story would make my ruff stand up!

Editor’s note: We asked readers to let us know "which way your dogs point to poop." There were only 22 responses but some owners actually went to the trouble to carry a compass and reported that it didn't seem to matter. We conclude that this study stinks and TheDogPress.com is where you get the real scoop on poop.