Dogs are often adopted to combat stress and with job losses and quarantine 2020 has been a hard year but dumping pets is a clear sign of emotional instability.

“Acting out” can happen suddenly or begin with small signs. My daughter was really bothered by this example and I’ve seen it in the field but I got her point about helpless animals and degenerate people.

So listen up. In Detroit a dog was dumped in a garbage can out on the street. This was early in March and the dog was frozen with fear and being injured and unable to climb down. The rescuers noted it was a female dog engorged with milk so she had puppies somewhere. Officers said the dog also had marks around her neck indicating that she had been chained up.

The dog was taken for treatment while the Michigan Humane society began a search of the area, canvasing door to door trying to find her puppies and the owner. Failing to locate anyone who knew about the mother dog, they posted photos on facebook.

Hoping the sub-human who did this would be trying to sell her puppies, the humane society monitored classified ads but as of this report no suspect is in custody.

Where is this social misfit? No normal human being would do such a deliberately cruel (and significant) thing to an animal. The act wasn't spontaneous, the dog showed ongoing abuse that culminated in the significant act of “throwing away garbage.”

That helpless dog could have been a child.

I was told the investigation is ongoing and I will follow up with Detroit police because statistically, this type of person has a criminal background or psychiatric diagnosis and is a threat to the community. Detroit’s crime rate is among the highest in the nation but one the police officers there is a dog owner who said he’d work the case on his own.

This animal cruelty case shows a thinking person (the garbage can…) with no emotion or empathy. I’ve seen good men fall apart under fire but I’d say this guy was already off his rocker. 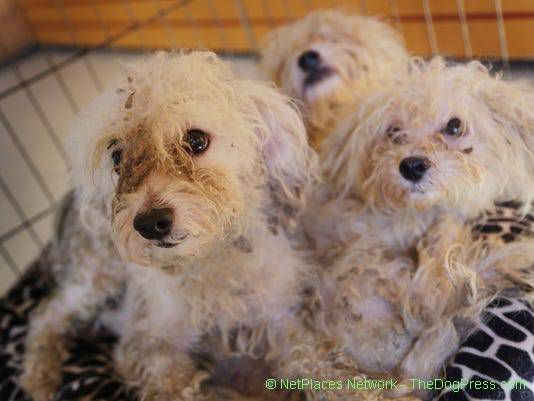 My kid was pretty riled up. She did the google thing and found where someone dumped three “Designer dogs” believed to be malti-poos (Poodle bred to Maltese) at a PetSmart in Detroit.

An animal welfare worker picked up the dogs, noting “they showed no evidence of having had veterinary care” and that they were matted and “full of feces”. Their filthy coats couldn’t hide that they were “nothing but skin and bones.” When you think about it for 7 seconds, (time it took to read that paragraph) preventing animal cruelty is the best solution.

If someone you know is unusually stressed and acting out, talk to them, offer help and if necessary be a HERO in preventing them from taking out their frustration on an animal or potentially a child. Cruelty to animals is documented as one of the first signs of impending explosive actions such as mass shootings. Be alert in your workplace and tuned in to your neighbors. 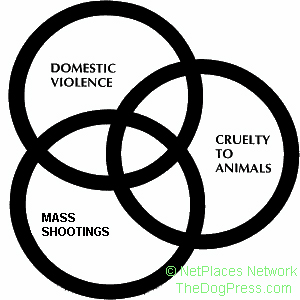 2020 is closing with a record number of violent assaults and murder. Those stories make headlines but animal cruelty is “back page news.” It shouldn’t be. My kid dug up statistics showing how people treat animals is indicative of how they will treat people they consider as underlings.

If you are over 60 you will agree that this kind of cruelty is a relatively new social phenomenon. I’m a pretty good spotter and my phone buddies agreed that the increased violence and criminal cruelty has become a “sign of the times” we’re living in.

If you are over 60 you will agree that this kind of cruelty is a relatively new social phenomenon. I’m a pretty good spotter and my phone buddies agreed that the increased violence and criminal cruelty has become a “sign of the times” we’re living in.

Watch for TheDogPress.com on facebook, the Editor would welcome your private comment or animal cruelty report for a follow-up feature. Click here to email the Editor