Critical, common sense safety and provisions information for all animal owners as another year of riots and violence are predicted in America and world-wide. 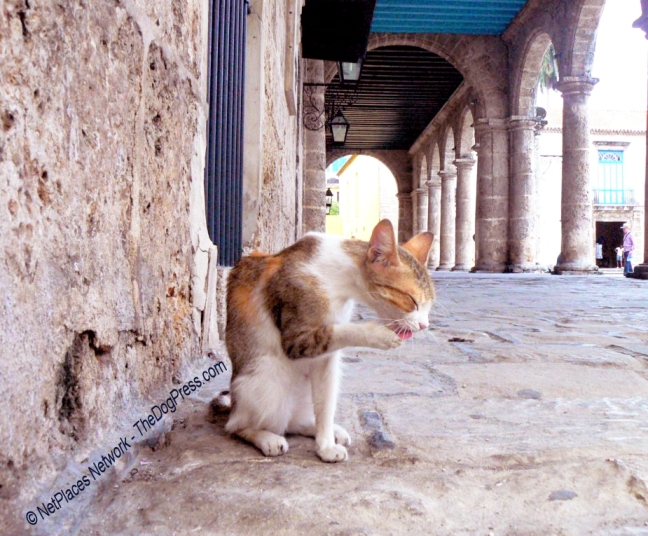 I have a dear cat-friend in who lived in Cuba back in the 1990s and I was there visiting her when the Soviet Union collapsed. In the months that followed, all of Cuba's funding from the Soviet Union was cut off and in no time, there were shortages of practically everything.

People quickly yearned for simple items like toilet paper, toothpaste, sanitary napkins, and deodorant. My friend treasured her shampoo and cosmetics and at first we both worried about cat food. We shouldn’t have worried. Her two cats proved why cats have survived every kind of disaster including the terrible floods we had in the Midwest this spring.

I mention this because on top of rationed food shortages, Cuba had what seemed like an epidemic of skin problems. My friend thought it was hygiene-related but we later learned it was from B vitamin and fatty acid deficiencies. Apparently canned food can stave off hunger but not dietary deficiencies. As simple things became more and more scarce and only relief planes and boats were allowed in, we really suffered in ways only women would understand.

So here we are ending 2019 with a historically long list of global riots! We have the ongoing Dakota pipeline protests which have been mostly non-violent. But that is not the case in the horrible Johannesburg riots, in Jakarta Indonesia, Chile in South America, Israel’s Ethiopian Jews, and of course, the ongoing Hong Kong riots. 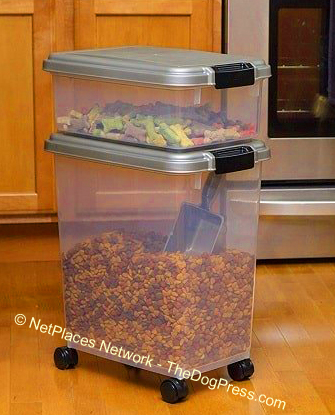 I hope all animal owners have learned what she and I learned the hard way back then! No matter your budget, I strongly suggest you keep a stockpile of dry pet food which you can rotate.

In addition to dry pet foods make sure YOU have plenty of canned meats and vegetable that have a good shelf life but most important of all, stock up on bottled water! People need a half gallon of drinking water per day. Even cats drink a lot of water and of course, big dogs drink gallons! As unstable as we are at the end of this year, it would be wise to be prepared. I bet people in Hong Kong You can save tap water in super clean gallon milk jugs and rotate them every three or four months. For some of us, smaller bottles may work. I read somewhere that a gallon weighs 8 pounds. Add to that the weight of the container, which should be glass or ceramic.

If you have time before your power goes off, collect water in your bathtub! If the outage continues for more than a few days and especially if you are on well water, you may want to add regular chlorine bleach to disinfect the bathtub water to make it safe for drinking. It only takes a teaspoon to treat five gallons. I read somewhere that you can even filter water through folded layers of cotton cloth to remove most pathogens. Surely you’ve discovered real cotton dish towels can still be purchased and they are good for everything, including sterile wound dressings for people or pets.

If you use an electric device for heart or breathing, make sure you have a backup power supply!

Being an animal owner you surely keep a good supply of vitamins and other supplements but had you thought about prescription drugs? You should have at least a 2 month supply on hand.

I’ve been laughingly (?) called a pack rat but I grew up remembering the days of rationing. So if even if you feel silly, non-perishables like toilet paper, toothpaste, and soap are, as my mother who survived the depression would say "cheap insurance." With canned goods, remember to rotate.

We are right at the top of richest nations but we should take nothing for granted. I read some old columns by Dr. Lee (in TheDogPlace.org) and with all the political unrest in this world, we should not take our personal security for granted. Violent protests have become common-place all around the world and those in-the-know are predicting worse conditions for 2020. People are fighting for food and medical supplies in countries that had few grocery stores and hospitals.

So what can you do in an emergency? Start stockpiling supplies now. If you don’t already know your neighbors, make it a point to do so. If you live “out in the country” you might want to have an old-fashioned CB radio. It will reach truckers, heroes of the highway even today.

Keep your cell phones charged. In fact, keep a big battery that will re-charge phones or medical devices. Keep some cash because credit cards may be shut off or the readers simply won’t work. Keep a very low profile if violence erupts in your area. Keep a full tank in your car and have a planned destination “just in case.”