Your show dog would finish in a flash if only his side gait was better? Well just put his enhanced movement video online and send it to the judges. 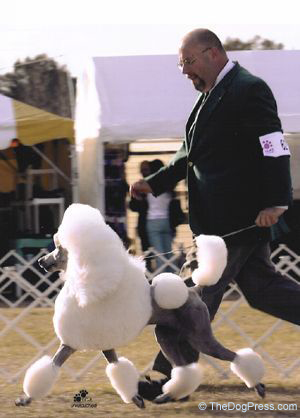 Do what? The technology has already been invented. Just take a series of side photos of your dog moving. Pick the best one and send it off to Pinscreen in Los Angeles. I predict the new technology will soon be welcomed by dog show people and marketed to the public.

They can already do this! Given a photograph, the developer of the new technology says they believe their algorithm can create a lifelike, moving avatar.

It isn’t that far out … You see it all the time in science fiction and monster movies. Actually, you’ve been seeing it for a long time in TV shows and cartoons. A series of drawings become animated creatures.

Static photo manipulation will become so lifelike you will be able to impress puppy buyers, judges, bitch owners that your dog is a moving machine! According to the LA startup that developed the technology their renderings will become “so accurate that they define reality.” 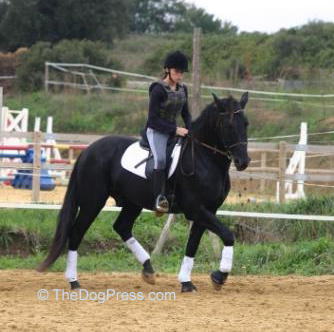 Thank goodness my cats are not judged on their gait! (Breed type, personality and condition prevail on the judging table.)

My guess is horse people will be the first animal breeders to take advantage of this new technology but I’ll bet dog people won’t be far behind.

The L.A. Times article I read gave a frightening example of how easy it is to make these fake videos. One writer said “imagine a phony video of North Korean dictator Kim Jong Un announcing a missile strike.”

No thanks! I’d rather limit the new video technology to showing off our animals!