How to get rid of fleas? Over 60 million pet owning households are contaminated with insecticides and pesticides; SOLUTIONS to minimize human and pet health risk.

I hope that real journalists will be less affected by the trends of mainstream media, which so influenced by the advertising dollars derived from the chemical industry and the drug industry that such an important issue as your pet's health goes under reported. 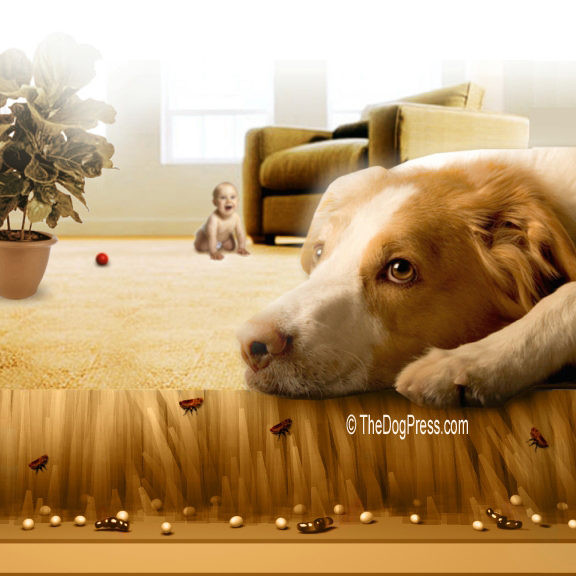 There are an estimated 60 million households with companion animals (formerly known as pets).  Most of these homes are consumed by the poisons that they are using because they are not getting health risk information until after the damage is done.  While the media had no problem reporting all the deaths from Diamond pet foods, they never mention all the harm (including horrible animal deaths) being done by flea poisons.

Is this because they fear lost advertising revenue as reprisals from the pesticide and flea prevention companies?

Every pet owner needs to know about flea poisons and about diatomaceous earth and other eco and health-safe flea killers.  Most people do not give any thought to whether or not they are doing any harm with chemical flea control or flea prevention products because they are too busy trying to fight off the fleas.  One woman even wrote "the fleas aren't just eating the dog alive, they are hopping on me".

The flea problem is global, and so are the poisons!  Additionally, as if our pets need to suffer more, many vaccines are now known to be toxic and suspect in many of the ailments now surfacing in the pet population.  Many things, such as overwhelming your pet's health and immune system with rabies vaccines that some states are now saying do not need to be given annually, but every 3 or 4 years.

Many veterinarians are not being forthright in telling their clients how to safely eradicate fleas.  Do you wonder why that is?

The reason is very obvious to me.  When an owner takes a pet in for a yearly rabies vaccine, the vet charges $15 to $25 for the rabies vaccine and then an extra charge for the office visit, usually gets the owner to get other vaccines which are profitable, recommends and sells a variety of flea products, pet  foods, grooming aids, etc.  Little of this over-kill is needed for optimum pet health. Now, if the owner does not have to bring the pet in for the next two years, look what happens to the vet's income.  It is cut by at least 40% to maybe 60%.  Sure the pet may get sick or injured, but chances are just as good it will happen when the regular vet is closed, causing the pet owner to use a 24 hour emergency clinic, and a different veterinarian for the event.  Vaccines are very profitable.  The cost the veterinarian pays for rabies is 60 to 90 cents.  There really is not an incentive for the vet to say "your pet only needs to be vaccinated every 3 years; it is the same vaccine". (* below)

Many animal control facilities and animal rescue groups now offer free or low cost spay and neuter services to help eliminate the over-population and ultimate euthanasia of unwanted animals.  And, it is being performed by "really good guy" veterinarians who offer their services to these groups at low or no costs.

Additionally, animal control services often offer rabies vaccines at $1 to $5 and even hold "vaccinating" events in neighboring towns. Basically, I am saying - vaccines are bad and flea poisons are bad.  The chemical industry, the drug industry and most veterinarians do not want people to know this and it seems that the media has a part in it.  What do you see advertised as much as dog food?  Flea poison!

How many people on the street know what a neurotoxin is?  A poison does not have to be as deadly bad as a neurotoxin in order to be doing harm.

On the net you can read about many broken-hearted people whose dogs and cats have died from poisoning, and most are not from tainted foods, but from flea poisons and vaccines.  Don't you think these issues are worthy of investigating and reporting?

For many people, pets are not just best friends, they are actual family members.  Do you think that poison control considers the close proximity we have with our pets?  Surely they should realize that poisons or allergens that affect pets could also be affecting people.

There just has not been a body count yet!

* Speaking of vets who take time to really consider all the itching and scratching caused by fleas, often misdiagnosed as an allergy, my own vet was not upfront in telling me about the 3 and 1 year vaccine being the same.  I went through all the hoops and finally got back to him with the proof from a vet in NC (referred by the Pinellas County Animal Control) as a source for definitive info vaccine information. So my vet renewed my cats' licenses without getting another vaccine this year.  The county said to furnish him info on what I knew (which I did) and there was not a chance that he would risk his license.  They also said that there are a lot of good vets making mistakes on this issue.  My question after getting all this straight why don't they set everybody straight on flea treatment poison and over-vaccination?

Who are these people afraid of? Could it be the manufacturers of the flea and tick treatments don't want us to know the truth about how to protect your pet from fleas AND from poisonous treatments?

Among the best phone numbers to call in an emergency is 1-800-222-1222 the National Poison Control Center which will automatically connect to their free service in your state. Depending on who answers, you may get quick, basic information for animal poisoning and it is free, 24-7.