Former HSUS member reveals the Animal Rights political agendas and why One World Order guru Maurice Strong is on the HSUS Board Of Directors.

I read the "HSUS Defense" by Jon Kimes in your letters to the Editor … (but) I have done my own research and come up with several reasons to hold the Humane Society of the U.S. in contempt.

Twenty plus years ago at a conference I attended, HSUS was there. I was thrilled with the agenda, and so I joined the Humane Society Of The U.S. Over the years the infiltration of a once-noble organization became complete. Or maybe it was always as it is now and what happened was I became educated?

All the "good stuff" is published and marketed to unsuspecting individuals like a cream puff and who would not want one? Who would not want animals cared for?  Its all a ploy to get good folks who care to donate to HSUS which funnels the money to animal rights legislation.  "Animal Rights" is actually a socialist progressive political agenda much like the environmentalists movement.

I guess if you are of that persuasion, well OK, then just come out with it and let people know up front who and what HSUS is. But no, it's the dirty little secret because who would donate to that cause...?  I mean they have a good thing going there by cleverly not revealing the politics. It's all about the animals...right? 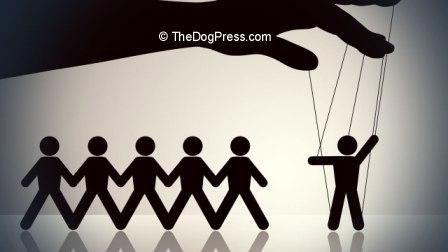 I learned a lot before I bailed.  Check out ii Maurice Strong, the great manipulator.  Get the Instant Info or just Google his name, it’s all there. He’s on the board of directors for the, you guessed it, HSUS. The global warming-Chicago Climate Exchange-Al Gore-George Soros buddy is a current adviser to Obama.

Back to why I enjoyed the reader’s letter. In his HSUS Defense, Kimes uses their words and it does not get any better or clearer than that. The whole premise is if you cared about animals you would support HSUS.

I see a trusting, caring person who has not done any home work on his own or, he is actually a progressive who is keeping politics out of it, because, you know, the ends justify the means.

I am for individual rights.... not human rights or social justice. I am for law enforcement, arresting and punishing those who mistreat people or animals.

I am not for having my rights or your rights impinged because someone else mistreated a person or animal.

HSUS has become a legislative organization for social justice, profiting on animal abuse.

Not my cup of tea, no thanks, keep the change.

Editor's Note: At the time of this writing, summer of 2010, Glen Beck and other reporters had not yet pulled the cover off the United Nations intent to create a One World Order.  Not many had heard of United Nations member ii Maurice Strong (instant information) who is on the board of HSUS and the author of Agenda 21.  George Soros is a master manipulator of governments, Wall Street (where he reaped $billions) and was behind the "Occupy" protest in NYC.  The ultra progressive MoveOn.org is part of the Soros-funded Tides Foundation which is a major funding source for animal rights groups.