Are humane groups and the UN Agenda 21 part of an international plan to destroy America, starting with legislation that controls agriculture, animals, and pet owners? 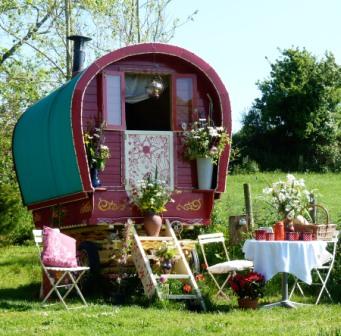 "The Humane Society of the United States (HSUS) and UN Agenda 21 are working together to destroy not only America's agricultural industries, but also the ownership of our pets." That’s what Kelleigh Nelson said on News With Views. When my daughter sent that email quote, she knew it would get my attention. I always thought it was my elders, the old folks, who worried about politics. Now I realize they is me.

With age comes wisdom. It often happens just before senility but in my Gypsy culture, we understood that our grandparents had a longer view of the past than the rest of us. Even so, the old ones would never have thought animal ownership could become a political tool. Everyone kept dogs as pets and even the animals that pulled or plowed or provided food were lovingly cared for. Like a caravan, time moves on and now we have factory farming.

I decided to call her back about the HSUS phenomenon. We talked about our heritage and savored the sadness of our footloose ancestors as they saw it slipping away. Change is inevitable but when we compare the natural progression of societal change with what is happening today, it is chilling.

My heart aches for my daughter and her children. I can see that animal owners are just an anti-cruelty pawn used to control other people. I agree that the cruelties of factory farming should be stopped but not if it means my family goes hungry. There must be balance. I don't need to look into a crystal ball to see bad people passing bad legislation. 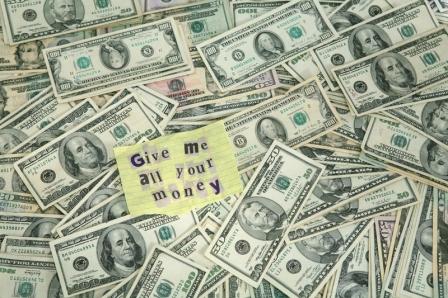 Wayne Pacelle, President and CEO of HSUS, isn't some radical upstart. He was a vegan before anyone knew what it meant. My daughter said "look him up" so I did. He graduated Yale University in 1987 and began a profitable life as a political "activist" under the cause of “animal welfare.” In the process, the HSUS board never met a dollar it didn't grab. The tax-free, charitable animal rights group takes in over $130 million a year but I learned that less than 1% of that fortune goes to help any animal.

My takeaway is that Mr. Pacelle is someone with power and a penchant to destroy America. How can that happen? Google provided the answer. The carefree be-boppin' days of the post-war 50s hatched a generation of optimistic Americans who begat more of the same. By the 80s, young people were easy targets for a DEMAGOGUE.  I decided Mr. Wayne Pacelle fit that description as much as cult leader Jim Jones who led all those young people to commit suicide back in the 70s. Wayne Pacelle doesn't pretend religious conviction. He is a registered lobbyist who it seems to me is in violation of IRS regulations on 501(C)3 corporations. He actively lobbies congress and gets away with it, all the while profiting from animal abuse. ref #1

Mr. HSUS Pacelle runs with the liberal crowd, speaking at political functions and raising money and getting press coverage that gins up donations for HSUS. His talent for wooing the press was compounded when in 2013, he married Lisa Fletcher, the ABC investigative reporter who political reporters credit with helping to destroy Sarah Palin on her lack of political expertise. I liked Mrs. Palin even if she wasn't a smoothie but I have decided I don't like Mrs. Fletcher-Pacelle.

I learned that Lisa Fletcher has won major awards, including the Peabody and several Emmys for her reporting. She is currently the host for what was headlined on CNN as "Once called 'terror network,' Al Jazeera America dares to enter U.S. cable market." CNN went on to report Al Jazeera America will have access to millions of U.S. homes now that the traditional Arabic-language network has acquired Current TV ref 2, once owned by former U.S. Vice President Al Gore and others." I don't know what the Al Jazeera cable TV network is promoting but after what happened in Paris, I think it is the same buggy, just pulled by a different horse.

We are the biggest and richest country, a worthy prize that can be won with smooth words and hidden agendas. My friends in Europe say "it is the devil at the door" and we are agreed that the devil has many names. Frederick, a German scholar, said his countrymen think animal rights are but a ruse to control minds in what is really a religious war. He is very concerned that ISIS is just a bigger face but it is all the same plan. I don't really agree but he made me stop and think.

As we turn the calendar over to a New Year, let it be with new eyes and new awareness. Personal freedom, traditions, and religious beliefs are being washed away by forces my grandmother warned about. Laugh if you want to but she really did have a crystal ball and finally, we understand.