My daughter asked me why Americans are deployed to countries that consider dogs unclean and hate everything about us and our religious beliefs.

I didn’t have an answer to that. Turned it off with “I dunno, I just followed orders.” 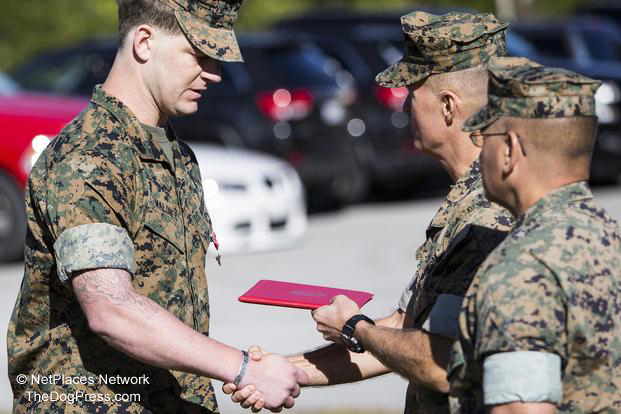 She went to the kitchen, left me thinking about ISIS, the Islamic State in Iraq and Syria. This is a militant jihadist group that operates under the cover of religion in countries where beliefs are mixed but ancient. ISIS formed in 1999 and my guess is they don’t miss a chance to down one of our dog handlers. This guy was awarded the Bronze Star fighting ISIS.

“Fighting For Freedom” is what we were told. The irony is that in free countries, protesters can protest for or against anything from civil rights to traffic lights. The way I see it, they are an example of the subversive forces that have eroded our Constitutional Rights, starting with the names they chose. Animal Rights? I see it as just another political movement to weaken our resolve to protect Human Rights.

I said as much as she set a fresh cuppa java in front of me. She not only agreed with that, she said “Dogs are the canaries of Constitutional freedoms in America.” I smiled, thinking that college fund was money well spent. I told her the freedom we fought to preserve is “subverted” under the mantle of political correctness. She nodded, then mumbled “Maybe that’s why they don’t teach American History today.” What??? “I remember a class called “Americanism vs Communism”. She raised a skeptical eyebrow, said “When was that?” 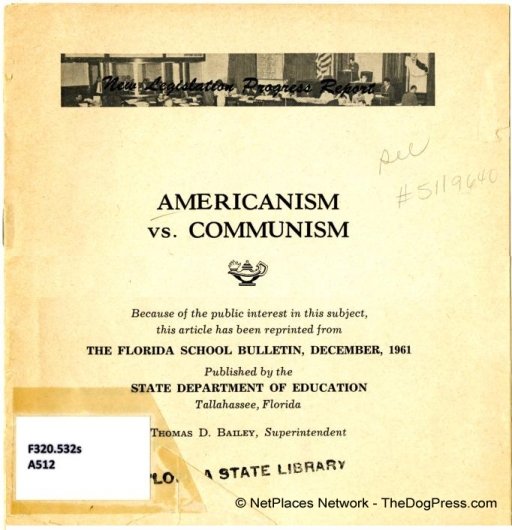 Challenged, I had to look it up. It took a minute but you can find the link below, Florida School Bulletin on Americanism vs. Communism 1961 {Ref #1} blew her away. She leaned closer to read it, sighed and observed “They are at it again only now it is religion based and the Muslims want to own the world.” I nodded and then she reminded me about Bernie Sanders (she had watched part of the democratic debate) and said “Socialism sounds a lot like communism…” I gave her a hug but my heart was heavy.

She said a lot of dog owners have to lie about how many dogs they have because of something called Limit Laws. Taking the ball out of my court she said “My friend Samuel said it isn’t a new thing. He says it is an old law but now we have so many Muslims, we could be guilty of offending our neighbors with our ‘unclean’ dogs.” We looked up some numbers and Pew Research reported 3.45 million Muslims here in in 2017. I said nothing but found it worrisome that there didn’t seem to be anything current.

I said there must be more recent figures on Mosques, this is 2019. Her fingers flew over that gadget. She said “It must be censored! Look here, the closest I get is this, U.S. states with the most mosques were New York with 257, California with 246, and Texas with 166”. Pointing with her perfectly polished nail, she read me a 2014 caption that said since 2014 “a building boom for mosques has been going on.” That led to immigration info but after she dug a little deeper, I was blown away!

According to U.S. Census Data, the United States legally admits over 100,000 Muslim immigrants each year, representing the "fastest growing block of immigration into the United States." We also admit "another 70,000 Arabic-speaking refugees" and no one knows how many are here illegally. 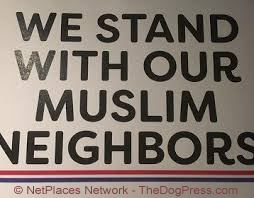 People of Muslim faith are coming to America in unprecedented numbers. Let me point out that under their religious or cultural beliefs, dogs are still "unclean" {Ref #2} and to have them in the house is unthinkable. This goes against American tradition but apparently a lot of us think that is perfectly okay. I see it as culturally worrisome.

America was founded as a "melting pot" but when it comes to dogs, Muslims do not share our beliefs, customs, or politics-so why the hell would they come here??? They consider us infidels, a seriously demeaning term for those who don’t share their religious beliefs. Military (and astute political observers) believe that embedding Muslims across our country is a threat to our national security.

No matter how much the Islamists would have us dog lovers believe they also love dogs, the truth slips out. Dr. Ayoub M. Banderker, a Veterinary Surgeon, says this about Dogs In Islam "…the Islamic legal tradition has developed several injunctions that warn Muslims against contact with dogs…”

We put the first man in space but "Houston, we have a problem" when it comes to religious tradition. We strive to be so politically correct that we even have difficulty defining the words Islamic or Muslim. I finally settled on this one, "The followers of the religion ISLAM are called “MUSLIMS.” We've seen enough on TV to shudder at the beliefs of Islamic terrorists so I can't help wondering if there's a plug loose in people who would welcome that bunch.

That is about where this article should end but she wants to do some more research so maybe there’ll be a part two.