Tea Parties, Political Parties, Community Organizing – If we are to succeed, here’s an original idea from a political insider – PET PARTIES! 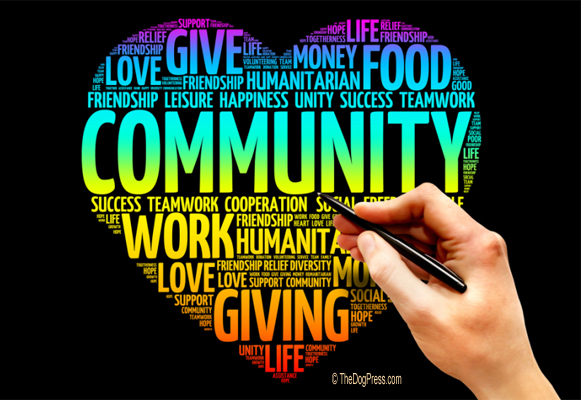 A lot of new legislation affects dog and cat owners, and especially exotic animals and livestock owners. If you love your pets and you eat meat and dairy products, you must get politically involved. I mean really involved, from community pet parties right up to the federal level. I face reality every day. Let’s look at it together.

I currently work a lot at the Federal level; the US House/Senate and the laws being proposed there. Right now a lot of legislation addresses exotic and farm animals but it takes only a stroke of the pen to add domestic pets as well. On cat-law I post a lot of examples where the legislative dog/cat issues appear to have mingled.

We've had some 'jack booted thugs' raiding innocent dog and cat people all across the country. This is all coming down from the feds to the states to the local cities and towns. The problem has also been that many dog and cat people cannot manage to put their differences aside and work to defeat the enemy - HSUS and PETA. Well we better learn to do that, and here’s why.

The Obama czars are about 75% Animal Rights advocates and they are really putting the pressure on the public. Hasn't anybody noticed the increase in puppy mill busts THAT AREN'T? Many of you have noticed the stepped-up pace in trying to pass BSL (Breed Specific Legislation) and MSN (Mandatory Spay/Neuter) restrictions which results in the HSUS (Humane Society Of The U.S.) coming in and taking control of the animals. This is not coincidence.

A look at Obama’s voting record both in the Illinois (Chicago) State Senate and U.S. Senate would lead a reasonable person to believe he is an animal rights person. Democrat, Republican, Independent; when we look at the record, we can agree about that one part of his personal profile. We would then have to agree that might also be part of a conscious agenda when we note that President Obama is appointing animal rights advocates all around him. Some more obvious than others.

Cass Sunstein, Obama’s Regulatory Czar, is but one example. He is an avowed animal rights advocate. My inside government sources tell me he’s worth watching because if Justice Ginsberg can't stick it out for another 3 years, President Obama may nominate Cass Sunstein to the Supreme Court of the U.S. Even in his present position, he controls regulations (i.e. legislative agendas) and if that doesn't scare you, nothing will.

There are some of us that have advocated joining up with more powerful groups such as the National Rifle Association (NRA) and other hunting and livestock lobbies. If we don't start working with them, our right to own dogs, cats or any other pets will be legislated away. It's coming. And soon! AKC will be out of business, so you won't have to worry about shows, judging, performance events or anything else.

My suggestion is to contact your senators and your representative (both state and federal) by going to any one of several legislative groups such as Monthly National Legislative Report (MNLR){1) or the California Animal Voters Alliance (CAVA){2} find out whether your Representative and Senator is for Animal Rights or Animal Welfare.

A lot of politicians really don't know the difference, it is up to you to educate them and win them over to your side. Go to their meetings, get to know them very well. Next year is an election year and you better know who is for what before it's too late! If your rep or senator is for AR, find out who is running against them, and let everybody you know, including that rep or senator, that you will be campaigning against them and why.

The entire job of the House of Representatives (both state and federal) and the State Senators is to get re-elected. They all have their “pet projects” but they can’t support those if they don’t get re-elected.

Don't like your city regulation on animals? Go to the city council meetings. Can't go? Support the group that DOES go. Don’t waste time with people or groups who only write 'whiny letters' and emails. Get behind a legislative group that can help you at state and local level. Such groups can guide you and it doesn’t matter whether they are dog or cat or cow or horse groups!

Try joining up with groups OUTSIDE of the dog clubs. Many of the people on my cat-law list are now starting to join the NRA, Tea Party organizations, Farm Bureaus and also the Government Of The People (GOP) for starters.

Best of all, start your own Pet Party organization on the local level and on the internet. How do you think millions of citizens became motivated? Someone chose the symbol of the Boston Tea Party and the idea caught on. Be the first in your area to organize a real get-together Pet Party. It just might be more fun and rewarding than going to a dog or cat show that weekend.