Quartz Hill, CA - Mrs. Byrne depends on her three trained service dogs to alert her to seizure. Despite federal law, LA Animal Control says “no exemption” and threatens seizure of her dogs!

The AC officer says if she doesn’t comply, not only will the county take her dogs and neuter them, she will have to pay for the unwanted surgeries, nearly $1,000. Going to court to tell the judge what the law is seems ludicrous but that is what she must do.

Mrs. Byrne, who is disabled with a seizure disorder, depends on her three dogs to alert her to oncoming seizures. As trained service dogs, they are protected under the federal Americans with Disabilities Act (ADA) and according to the Los Angeles County Code, only required a one-time $5 registration fee for their tags. 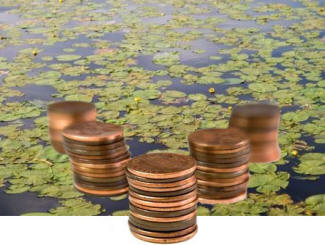 Intending to defend against the action, Mrs. Byrne was given a court date of March 19th. “I get to go to court and demonstrate to a local judge that the county is violating Federal law. What's truly, amazingly, preposterously, stupid about the whole thing is that California Law specifically lists seizure alerters as service dogs,” Mrs. Byrne pointed out, citing Section 12926 of the California Government Code.

While there are some differences, California code is still fairly consistent with the federal ADA regarding service animals, and according to Anne Raduns, an attorney and fellow dog lover, "The County is trying to enact laws that they can't possibly enforce.”

Says councilor Raduns, "This is the simple reality of the state workers not being familiar with state statutes or federal regulations, [and] this is more common than you think, particularly when dealing with ADA regulations.” She continued, “It's a shame that that the State has immunity to suit when things go very, very wrong, as they did in this case."

On March 5th Byrnes received another communication regarding her dogs. “Today I got the ‘courtesy notice’ from the county,” she said. “They've ‘generously’ set my bail at $301 per dog.”

What is the real source of this situation? As Mrs. Byrne pointed out, “It sounds so benign. ‘let's not have so many unwanted pets in shelters, and if we spay and neuter, it will help, won't it?’” Shelter statistics refute that belief.

As politicians – many of whom do not even own pets – try and grapple with this question, they end up enacting laws like those found in LA County, that further restrict pet ownership and wind up punishing those who are compliant. And while the ADA will take precedence over state and local ordinances, it still leaves Mrs. Byrne on a legal treadmill.

“It wouldn't be so bad, but I don't drive, and it takes the bus two and a half hours to get from here to the courthouse, a distance of 7 miles,” she lamented. “Because of the county’s finances, they've eliminated many buses, so every one of them is packed.”

The irony is that all of this adds stress to Mrs. Byrne’s life, something that could trigger the very seizure disorder the Los Angeles County Animal Control refuses to accept.

Mrs. Byrne says, “The dog world needs to understand that this sort of nonsense is happening everywhere.”

Counselor Raduns agreed, “What really needs to happen is that those people in the 'dog world' need to be as active in conscience-raising as those in PETA or HSUS organizations. Until that happens,” she continued, “the atrocities that Ms. Bryne has endured are going to continue."

Columns Section; No Margins, No Limits, No Kidding or

Judges, professional and owner handlers, be sure to visit TheJudgesPlace.com