Two amazing WWII stories of American soldiers who saw the plight of purebred dogs in wartime and acted on their own to save them. 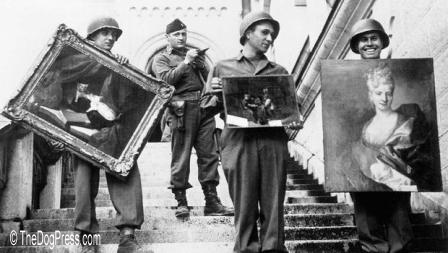 A 2014 film documented the accomplishments of "The Monuments Men" who were a group of approximately 345 WWII soldiers that recovered many artistic and cultural items stolen by the Nazis. The purebred dog world today is under siege in a cold war of sorts and urgently needs such a group to see that these living cultural treasures will be preserved well into the future.

First the story of Larry Downey, a famous AKC handler of dogs as told to me by Frank Grover, Father of the American Doberman. Larry Downey was a drifter before the war. While hitchhiking across Iowa, he met a man who raised pure-bred dogs. The man took Larry under his wing and with his guidance, Larry was in short order accepted by the AKC as a professional handler. WWII broke out and Larry was drafted into the Army where the discipline was not to Larry's liking. He spent much of his tour of duty being either busted or promoted.

He survived the Normandy invasion and was promoted during the lull before the Battle of the Bulge. Just as a rumor was circulating speculating on the end of the war, Larry got into trouble again and landed in the brig, confined in the cellar of the Headquarters building in Northern France. While incarcerated an urgent plea came down that "Dogs Downey" was needed at the Commanding Officer's quarters.

That officer had a boxer bitch in labor and she was in trouble so Larry was called in to assist. Before he agreed to help, Larry negotiated a deal with the Commanding Officer. Larry told him the best Boxers in the world were in Germany and the greatest of them were in Berlin. It was Larry's dream to acquire these great Boxers and if he could be permitted to go to Berlin, find these dogs and hold them until the Americans got there, then he would help with the whelp. 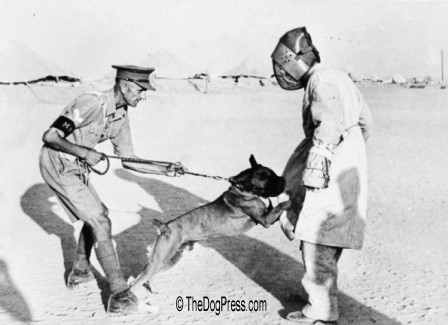 The Commanding Officer agreed to the deal, arranged for a jeep and passes through the American lines. Larry, not without some difficulty, located a particular great boxer that American experts had seen before the war. He also located two pups from this sire in Austria. Then he had to find a way to get the three boxers back to America!

Larry knew the man who owned the Checker Cab Company in Chicago; he was a leading owner-exhibiter-judge of Boxers in the United States. This man was able to get money to Larry to assist him in transporting the dogs to America. But "Dogs Downey" needed more than money to accomplish the transportation. The military ordered that dogs acquired by soldiers would not be allowed on the ship back home and any dogs found at sea would be tossed overboard.

About that time Stars and Stripes, a military publication, reported on a story about Elliott Roosevelt, the President's son, who rescued some Arabian horses and arranged to have them flown into the United States. Larry Downey wrote a letter to "Stars and Stripes" which was published and as a result, the regulations were changed to drop the "thrown overboard if discovered" clause. Now Larry needed to find a way to smuggle the dogs aboard a ship.

He finally found a ship leaving Northern France late at night for New York. Somehow he managed to get himself and three Boxer dogs on board. The remaining problem was getting through customs and health inspectors when they docked in New York City. This problem was solved when he was greeted by his taxi-cab owner benefactor who swiftly ushered Larry and the three boxers into a cab and freedom.

Larry Downey got to keep a brindle pup; his friend took the mature male and the other pup. Larry agreed also to show the adult boxer. When Larry's brindle pup matured, it was shown to its championship. Cleverly, Larry named his dog Sparkplug so that with a Champion title, it would be Ch. Sparkplug and Larry might be able to negotiate a sponsorship deal with the Champion Sparkplug Company. Sure enough, Sparkplug went to Westminster where it won Best of Breed and took the Working Group! 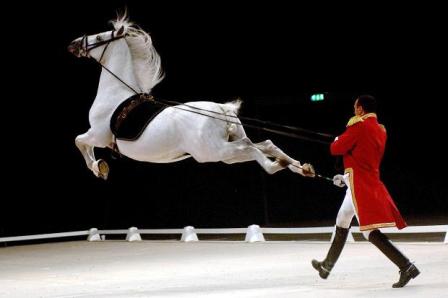 The rescue of the Lipizzaner Stallions was accomplished by General George S. Patton and the United States Army at the urgent pleadings of the head Master of the Spanish Riding School, Colonel Alois Podhajsky. Threatened by the advance of the Russians, who would have slaughtered them for food, the rescue preserved the Lipizzaner stallions, a unique breed of horses and a tradition found nowhere else in the world.

In 2005, the Spanish Riding School celebrated the 60th anniversary of Patton's rescue by touring the United States.

These "Monument Men" were a dedicated volunteer group with an understanding of the importance of preserving historical treasures. They were curators, museum directors, educators, artists, art historians and architects united in the saving of cultural treasures from destruction.

The purebred dog world is in need of such dedicated people to save an American sport.

We are under assault by the politically correct crowd, animal rights folks, and some really misinformed non-dog owning people. We are besieged by businessmen and women who are conducting this sport like a corporation and not a living museum. In a quest for profits and their own careers these people have inflicted damage and many unintended consequences on the lives of purebred dogs.

The health, type, purpose and skills of purebred dogs must be preserved. We need the "Monuments Men" to take up this cause and save the dog world from itself.