Okay folks, before you call the editor, follow my logic here. I’ve been listening to my daughter moan about AKC trying to do a deal with a pet shop chain (Petland) to push those AKC registration papers at “point of sale.” She is, in the same breath, outraged about the BBC going after the English Kennel Club for trickle-down genetic problems from dogs bred for the show ring. 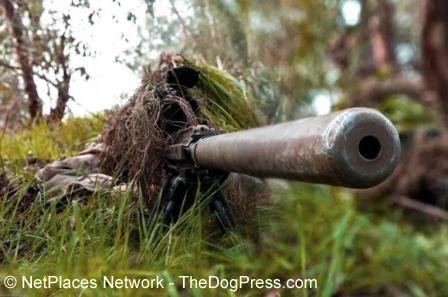 So I did a little scouting around on the internet. Not much easier than slogging through an Asian swamp but drier and you get to the same place. Personally, I found the Brits to be tough fighters so I'm sure they can handle bad press from the BBC and animal welfare nuts.

But dog breeders do have serious problems in their camp. I don’t remember mutts having all those health defects. My family kept hounds and they were always healthy and could hunt. Now that I think about it, my dad used to take a prize bitch over to someone else’s pack to get bred so I guess we didn’t do the inbreeding thing. That’s a point my daughter is not willing to discuss.

What I see is the AKC trying to sell show dog breeders on the idea that a whole lot of people buy puppies from pet shops so AKC needs to cash in on that market to stay afloat. Now when my officers laid out a plan, they would also point out anything that could endanger it so let's look at this "strategic plan" AKC says it paid some other company a lot of money to come up with.

Pet shops are handy to get to and easy to buy from. You just hand over your money and get your puppy right then and there. Like most men, I don’t shop for fun so that suits me and apparently, a lot of other folks.

Show breeders like my daughter make a buyer jump through hoops and sign life-long contracts and pay top dollar for a puppy. Then buyers have to drive a long ways or have the puppy shipped and that costs more money and time. Hell, if I wanted to buy a puppy, I’d just look in the newspaper or drive to the shopping center and bring one home. No hassle from the seller, I get to see the puppy and hold it, and I can take it right home, no strings, contracts, etc.

No wonder AKC wants the pet shops to hustle their papers. I asked her what’s wrong with that? She says those puppies come from puppy mills. Why? “She cut me off, went on about how they want to “carefully place” each puppy with “the right owner” and that sounded good but then she made an illogical remark about ethics and that AKC has always said “good breeders don’t sell to pet shops.”

Well, in between that part of our talk and where I’m going right now, there was a long emotional discussion about why I should never buy a puppy from a pet shop. I’ll save that for another time because she made her point well and I see where you guys are coming from on that but worse yet, I see where you’re headed. 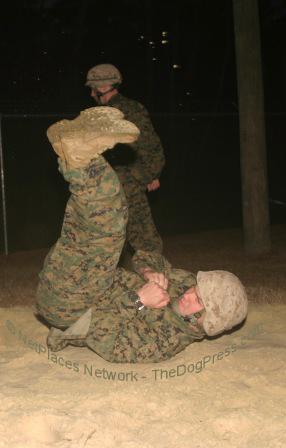 During the part about “good breeders don’t sell to pet shops” she got upset with my questions so I went hunting online. I surf about as well as I jump from a plane, meaning I survive the experience but I don’t always land where I mean to.

Here’s the way I see it. She must have been right about AKC taking moral issue with selling to pet shops but what I kept finding was breed clubs that say members can’t sell to a pet shop. It was right there in most dog club’s Ethics Codes. If it ever was in AKC ethics or policies it is long gone and removed from the internet.

I doubt it was ever there because I found articles in TheDogPress.com quoting AKC as saying it has always had significant income from puppy mill registrations.

Even so, I think my kid is right because otherwise why would all the AKC clubs say you can't wholesale puppies or sell to pet shops? So I believe at some point it was AKC’s elitist policy and when AKC moved over to the “enemy” side the clubs never saw the maneuver. Well we didn’t see our government letting Wall Street, Freddie and Fannie gobble up our money until it was too late.

So when AKC fessed up that a big chunk of its income was from “commercial breeders” some wise guy on the board must have pointed out how hypocritical that was and from what I could gather, they made up this High Volume Breeder’s Committee to “check it out” which in my playbook means, get on the field. So they did.

I found some interesting stuff including a lot of articles by an AKC board member called Patti Strand. She is pretty good, I was impressed at how well she sold the puppy mill registration idea way back in what looks like 2002. Like any good General, the AKC plans ahead and like any dumb grunt, the show people plod along and follow the plan. So with lots of press on the “High Volume Breeder Committee” it was easy to see a battle strategy emerging. I think that is when AKC paid a marketing company a lot of money to help them do some “strategic planning” which boils down to getting those puppy mill breeders back in the AKC fold.

AKC says they have to have the money from puppy mills and the logical connection is through the pet shops. I thought it made sense until I made the mistake of saying that to my daughter. Man, she went ballistic! "Those pet shop and puppy mill dogs are not healthy! They have genetic problems, they get sick.” I smiled, loving to debate her. Reminded her that is what the BBC program stressed about purebred dogs in England. Bad health.

But then she got to the bottom line with “But daddy, we show breeders can’t compete with those puppy mills if AKC sides with them! For all my life we’ve been told by AKC that puppy mills were bad, dogs are mistreated, carelessly and badly bred, and we, the AKC show breeders are doing it right and we have something special to offer caring homes and…” she trailed off into tears and it just about broke my heart.

Well, I see things better now, gotta go do some more surfing and thinking. Maybe you guys should do likewise. One thing comes to mind when I watch the news. Why can't the AKC cut back on spending if they are really in a financial crunch? Blow-back on our expose' of AKC’s registration software!