Breeder or Owner, how important is preserving your chosen breed's personality, coat type, size, and the breed characteristics that you love? 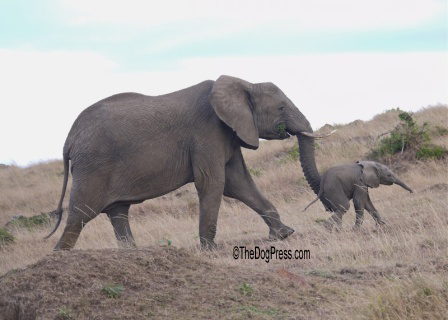 When I first joined dog clubs it was for the preservation of my breed and breed type. With the same goal, I joined many organizations that formed and disappeared over the years. The question is "Why?" didn't they survive?

One possible answer as to why so many clubs disappeared is that they did not have a plan to push this elephant up the hill. Another reason is that the dog mafia perverted those efforts to save the sport. I was a witness to the latter and a participant to the former.

With that said, it goes without saying that current dog organizations will NOT be coming to the rescue of our purebreds. The registries will most certainly NOT be there for us and our dogs as demonstrated by their direction in the last decade or so. What is needed is a coordinated effort to preserve that which we love, namely our purebred dogs as defined by breed type.

After my recent "Monuments Men for Purebred Dogs"{1} article, readers have contacted me asking why I didn't tell them what we should do. To preserve breed type and function we need individuals with expertise in their respective areas, much like the Monuments Men, and with that same level of passion to work for the purebred dog's preservation.

Several of us, friends and acquaintances, have been in discussions with media producers and publications sympathetic to the plight of purebreds. Our fight is NOT with the public, it is an internal struggle in breed clubs{2} and the registries. Both seem to have lost understanding of the purpose of Breed Standards, and so I propose as the first tenet of our association...

Yes, that means a moratorium on any changes. If the breed was good enough to please you yesterday; pleasing in form, function, and temperament, it is worth preserving as it is today.

The dog show judging process has gone rogue as there are champions clearly in violation of their respective breed standards.

For example: at this time there are 8 AKC Champion Rottweilers with long tails despite the standard requiring a docked tail. This is unacceptable judging, ignoring our AKC Breed Standards. Apparently the AKC has caved in to international pressure, essentially saying to judges, 'if there is no disqualification, there is no requirement'.

This comes after years of the AKC working behind the scenes to eliminate DQ's from breed standards, apparently because disqualifications narrow the scope of judging authority.

If you are as concerned as I am about the fate of purebred dogs, see how you can help be a part of the movement (already underway) to preserve breed type in the purebred dog according to each breed's standard as currently approved.  It might be called a "Think Tank", bringing together many of the greatest minds and a massive reservoir of breed knowledge.

There will be a "vetting" process for anyone coming to join in this effort. It will not be polluted by the enemy's ears and it will not be taken over by political hacks.

{1} Monuments Men - American soldiers saw the plight of purebred dogs and saved them.

{2} End of Parent Clubs - The internal struggle of dog clubs to preserve the purebred dog.