Tell us Now! Do you agree with what breeders and judges said in this 2013 survey on the future of dog shows, pedigreed dogs and AKC’s commitment to hobby breeders?

Is it possible the future holds none of the above? No demand for painstakingly produced purebred dogs when so many are languishing in shelters? Dog shows with little public appeal except on TV? Are there no longer big wins for the average breeder? Do Judges care less about adjudicating quality purebreds than patronizing handlers?

In September 2019 most of the questions can be answered in the affirmative.

What about the American Kennel Club’s commitment to “upholding the integrity of its Registry, promoting the sport of purebred dogs and breeding for type and function”?
Many breeders and most exhibitors say AKC's commitment today is to puppy mills and $income generated from such mass production. Note: fewer show-bred litters and fewer class entries at dog shows. 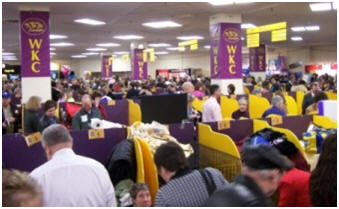 {Ref 1} which began on Monday Feb 10th 2013.  The NY Times says {Ref #2} AKC is “ostracized in the dog world, in the cross hairs of animal protection services, law enforcement agencies and lawmakers who say that the club is lax in performing inspections.” That charge is relatively correct.

As is the charge regarding AKC and Animal Rights. The newspaper states AKC “often lobbies against basic animal rights bills because they could cut into dog registration fees.” That is painfully true.

{Ref #3} such regulations only apply to small hobby dog breeders. They do not affect commercial breeders, i.e. “puppy mills” which are already Federally, State, or locally regulated. Significantly, the larger the dog breeding operation, the more money it contributes to the related economy (and politics.) The same applies to AKC. Commercial dog breeding operations provide the bulk of American Kennel Club dog registration income and other “perks” of the trade.

The New York Times says “As recently as 2010, roughly 40 percent of the A.K.C.’s $61 million in annual revenue came from fees related to registration. Critics say a significant part of that includes revenue from questionable breeders … or so-called puppy mills, which breed dogs en masse with little regard for basic living standards.”

The 40% figure declined from 90% when the American Kennel Club branched out into credit card, dog supplies, pet insurance, selling its trademark, and other income producing business ventures which some claim violates its Mission Statement. 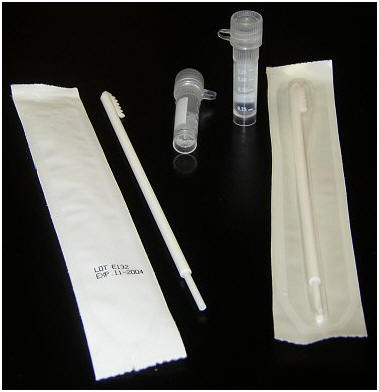 AKC is the largest dog registry in the world. It offers DNA to check parentage, but that was after AKC rejected the new technology when AKC Judge John Studebaker (President and CEO of Argi-Genetics, Inc) presented a complete canine DNA package at 51 Mad Ave.

Relentless hounding by this journalist and the United Kennel Club’s implementation of DNA testing finally prompted AKC acceptance. At serious risk to its stud book, AKC agreed to offer DNA certification from same lab the United Kennel Club used, but at a higher rate, i.e. a nice profit. When microchipping became economically available, the American Kennel Club went into that business as well. That was a tremendous service to dogs and owners. There were health concerns about chips migrating but the value of chipping far outweighs the risks for most owners.

Even as AKC promotes dog shows through its lucrative partnership with advertisers and sponsors of Westminster Kennel Club (glitzy TV coverage, instant stardom), and the AKC/Eukanuba Nationals (with over $200,000 in prize money), the incentive to show one’s dog dwindles every year. As costs go up, from entry and handler fees to travel and lodging, the odds of winning go down.

It would be cheaper to take the family to Vegas where the odds are better and expenses are less.

Jacquelyn Fogel summed it up in her ShowSight Magazine column, “No other sport allows professionals and amateurs to compete against each other in the same game.” She explains, “they both play the same game but never compete against each other” as in college versus NFL football, Olympics versus the Stanley Cup etc. More troublesome but critical to the sport of purebred dogs, she observes “The number of professional handlers has risen exponentially while the number of true breeders has declined to a precipitously low level in many breeds.”

So what hope does a dedicated purebred dog breeder have of being able to prove the quality of their dogs in the show ring? Read what breeders had to say below!

The onslaught of animal rights laws (remember, the big AKC income producers are exempt from such laws) and competition for puppy sales in a sagging economy where breeders of quality purebred dogs are afraid to advertise, has seriously discouraged and limited the numbers of hobby and show breeders today. Once the backbone of purebred dogs, such breeders were the only ones concerned with preserving type and overall health in purebred dogs. Puppy mill and mass produced, commercially bred dogs are not shown, seen only by neighbors and the veterinarian, so the public can only compare them to the glamorous dogs seen on televised dog shows.

Fogel explains “raising multiple litters in the current environment costs way more than most of us can possibly earn back in sales by the time you figure in the cost of feeding, housing, cleaning and keeping dozens of animals healthy, plus the time you put into monitoring, health testing, training, and advertising and marketing the puppies, you’d have to sell each puppy for at least $3000 just to break even.”

She also touches on another sore point which has been discussed and written about for over fifty years. Fogel says “no other sport allows professionals and amateurs to complete against each other in the same game.” She is right, there is “no level playing field in dog shows.”

AKC can invent a dozen more titles for the dogs in order to encourage entries. What is should do is award championships in a “Limit” class and if that draws enough breeder and owner exhibitors back into the show ring, AKC’s computer system (or the Superintendents) could keep track of Group Placement points earned by owners competing against pro handlers.

With every edition of TheDogPress, we receive great comments and fresh ideas from you, the dog fancy. Some come as a Letter To The Editor and we welcome them but admit that there is no opportunity for you to comment on a point made by the letter-writer.

The questions are... What could be done to improve dog shows? Would a limit class work at all breed shows? Is there room for puppy mill registrations in the purebred dog market? What can the AKC do to generate income other than offer cut rate deals to puppy mills? {Ref #4} What can show breeders do to be more approachable for pet buyers? Should AKC spend more money advertising the value of purebred dogs?