Oct 1st 2012 | Because dogs come first and this man is still in business, our duty is to inform an unsuspecting public. These first-hand accounts are from owners whose dogs were damaged at the Williams Dog Training Academy {1} which serves “all of New Jersey/Philadelphia and New York City areas.”  We leave it to readers to decide if the Ron Williams verdict was fair particularly in light of his previous criminal history.

AKC’s policy is not to suspend until an accused person has been convicted, even in the face of sworn testimony or depositions from multiple witnesses. One of the most glaring examples is the Mary Wild Case {2} in which a handler’s gross negligence killed her van full of dogs. AKC allowed her to continue “caring for” and showing client dogs for a full year until she was finally sentenced.

The irony is that a person can be immediately suspended by a Bench (show) committee, based on a rule infraction or a single complaint filed during the dog show.  This was re-verified with an AKC spokesperson on Sept. 27th.  On the same date, another department manager, Jill Zapadiinski, stated they were "aware" of Ron Williams and waiting on court records we have had for two weeks.  View the abuse, neglect, cruelty charges and fines imposed.

Nov 8, 2012 Update: AKC verified that Ron Williams has still not been suspended.  No explanation offered so we can only assume there is none.  AKC refuses to comment even though it has been months since he was convicted of abuse.  If you are conflicted or confused by AKC's inexplicable position, we suggesting taking a few minutes to explore the reference links below.

What follows are condensed accounts of the cruelty and abuse charges against handler-trainer Ron Williams. Due to threats by Williams, and an alleged propensity for violence, everyone has requested anonymity.

A former customer summed up the situation at Williams Dog Training Academy. “He lied about attending Cornell and Ohio State. Everything with him doesn't check out, ever. When he was with his wife Nora, they had a successful dog training business however it is apparent that she held things together. You can use this but I want my name changed.”

Unable to reach him by phone after leaving her large breed dog to be trained, these owners went to get their dog but trainer Ron Williams was drunk and chased her husband with a golf club. After finally gaining possession, they were horrified to discover “he had been repeatedly shocked down to his muscle - his scrotum was cut and he was terrified.” The dog was “treated by the vet for bladder problems and shock collar burns on his neck.”

A helper at Williams’ kennel relates a typical nightmare, “Ron told (her) he didn't use shock collars but her dog was abused and got away from him. When Wildwood animal control found the dog, the shocker collar was horribly tight. Ron never called the owner to let her know that her dog was missing. When she showed up at his house with the police he pretended not to know her. He was belligerent, yelling and saying ‘don't ask for your money back’ and drunk out of his mind.”

That case did not end well. The owner says the dog “couldn't hold her bladder. She was diagnosed and treated for a urinary tract infection but sadly, she was so terrified and so aggressive, actually biting everyone, she had to be put down on Monday.”

More horror stories from other owners. “One of the dogs was so fearful he was unmanageable. It was very sad. He would scream in his crate if you tried to get him to come out, and Williams had a leash on him attached to a prong collar. He dragged him from the crate, screaming, with this leash and prong collar.”

“I don’t want my name published as he is a dangerous man who has a long criminal history of violence against women, now animals and drugs and alcohol.”

A Dane owner took her dog to Ron Williams for manners training but when she couldn’t get him on the phone for 4 days, her husband drove there and found “… the 150 lb Great Dane shoved into a crate made for a dog half his size. He had been left there without food or water for 4 days. The dog nearly died while Ron drank himself into oblivion. He was treated for leg injuries and a UTI infection. The dog was severely dehydrated. To this day he is scared of men.”

In a similar case, another owner tried for three days to reach Ron Williams after leaving two dogs to be trained. “Ron finally returned my call at 8:45 AM but he was incoherent and drunk - he didn't even know what dogs I was talking about. When I picked up my dogs …they had not been fed, had to go to the bathroom so bad … peed all over the house for two days.”

In yet another case we received: A couple took dogs to Ron Williams in June and gave him $3000.00. The wife called continuously for 5 days, the fifth day she called nonstop until he finally answered, telling her in a very drunken scary voice "You sent me Kujo" and told her basically that the dog was a monster. She said they would pick them up. Her husband left at 5:00 A.M. and went to his house. There were 5 other dogs there in crates and the husband said “When Ron pulled crates out a crate fell on the floor with 2 dogs in it and he (Ron Williams) didn't even seem to care.” Williams delivered his trademark line "don't ask for your money back". Their dogs were never the same - they were peeing in the house and terrified of strangers. 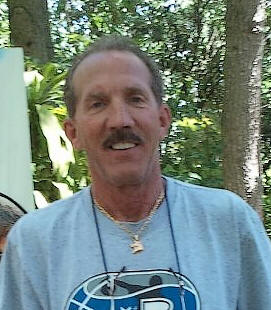 When Rebecca dropped off her dog, Ron smelled of alcohol and when he wouldn't answer the phone, on the third day she went to his house at 7:15 PM. Rebecca could see dogs locked in crates and by 9:15 PM, she had the police there. Officer Lillo got Ron to the door but when he answered the door he was so drunk, he was stumbling. The handler told Rebecca “don't ask for your money back.”

The cruelties shown on television by HSUS inspire $millions in donations each year. The abuse that is perpetrated on man’s best friend is incalculable. The courts are lax, as evidenced by the Missouri case which the Prosecuting Attorney we interviewed charged Mary Wild with 9 felony offenses but the judge gave her only a slap on the wrist. Known as the U.S. “Puppy Mill Capitol” many believe puppy mill protectionism was evident at the bench level.

Is it AKC’s responsibility to act upon known cruelties to dogs it registers? We cite Michael Wolf {3}, a well-connected handler whose clients included many wealthy show career backers and dog breeders.

In another story covered by TheDogPress, the Junior McDaniels case is compared to an unsubstantiated accusation made by a competitor. In the former, there were extensive records, depositions, veterinary statements, and television coverage substantiating the complaint. However, the handler had a connection on the AKC board and thus, he was not punished and he still has a small handling clientele today. The Debbie Martin case, although represented by counsel and assured she would be okay by a current AKC board member, resulted in AKC suspension and a career professional handler losing her clients and income. Was Justice Served {4} in either example?

We ask every person who loves their dogs to join us in condemning animal cruelty and to ask the American Kennel Club to take a harder stance on behalf of the dogs upon which its very existence depends.

Email the editor with your comments on this case or any other of which you are aware.  Specify whether your comments may be included in a follow-up feature story with an appeal to main-stream media. If you are on facebook, linked-in, or twitter, post this case so that other animal owners don't get taken in by Williams or some other "handler" or dog trainer.

Our justice system maybe over-loaded but there is a proven statistical connection between violent crimes and animal abuse.{5} Classic case and startling facts on physical violence against humans!