Real-life cases of beloved pets and valuables lost in a split second, plus sensible safety precautions to protect your dog, your car and contents. 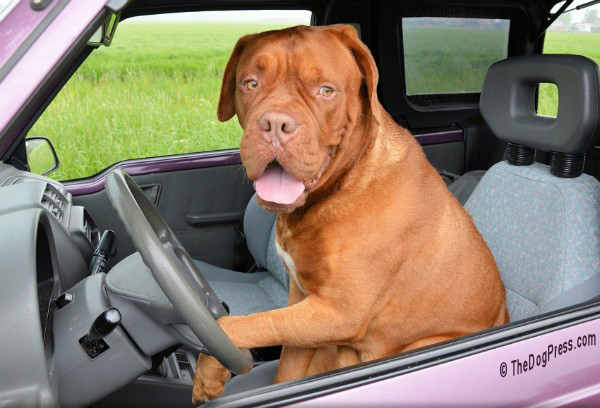 We all do it… leave the car for “just a minute” but unless you have this kind of car theft prevention, you could lose your car in less than 10 seconds!

That’s what happened to Joseph Covill of Rhode Island who lost 4 of his 5 Boston Terriers in Los Vegas NV while attending the Boston Terrier National Specialty with his show dogs.

As many of us do, he loaded up his dogs, placing them in crates for the trip home except for his male Billy. He left the car running and rushed back into the room to grab his jacket and Billy, walked outside and saw two people pull up next to his PT Cruiser on a scooter or motorcycle. One thief got into the car and drove off.

Mr. Covill immediately reported the stolen car and dogs. As of April 13, 2017 two females have been returned, one was hit on the highway, and one is still missing. The police did apprehend one suspect who told them they dumped the dogs in the desert!

Other cases of dog theft; Hillary Kaplan’s Chihuahua/Pomeranian was taken from her car in Cary, Ill December 2016. Fortunately he was later spotted on the street by someone walking their dog who took him to animal control.

In Portland a thief stole a Honda with a 3 year old Lhasa Apso inside the car. Luckily both the dog and car were found unharmed and the thief was arrested.

Jasmine, a Bichon, was in the family car which had the keys inside and was running. She was stolen but luckily, found and returned to her family.

While purchasing gas in Fulton GA, someone jumped into the passenger seat and took a woman’s car along with her purse, phone, and her Maltese.

4 Poodles in a mini-van were stolen in Portland Maine when the owner left it unattended, unlocked with the keys inside “for just a minute”. Thankfully the dogs were recovered unharmed.

In these cases the cars were the target. Sometimes the dogs are the actual target, as moneymakers. They are sold to puppy mills which don’t need papers for breeding, sold as bait dogs for dog fighting, sold to research labs or the thieves wait until there is a reward posted and return the dog for money. 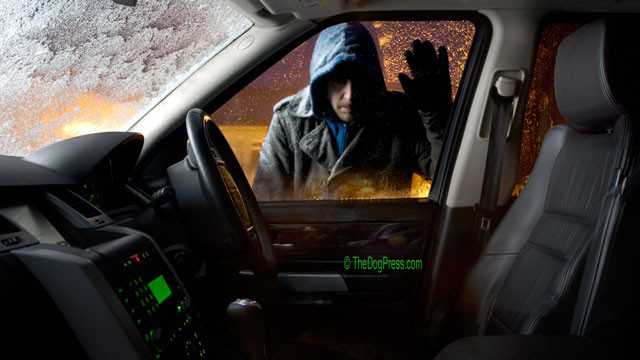 There are ways to protect your dogs and yourself from theft. First, microchip and or tattoo your dogs.

Before leaving your vehicle, look around. If there are people that just don’t look like they fit in the scene, leave or move to a better place.

Keep your car locked at all times. Take your keys with you, as well as your cell phone.

Hide your purse if you can’t take it with you or when fueling your vehicle.

Lock your car manually, not with the fob as some thieves have an electronic lock pick that can read your code if you use the fob.

Our communities are an ever-evolving place and it is an unfortunate fact that as people become less trustworthy, we must become more vigilant.  I contacted one of our local Police Officers, Travis Peery for added safety advise. He said “In regards to theft of or from vehicles, it is the responsibility of each individual to take precautions to avoid unnecessary heartache in the future. For example, make sure vehicles are locked and secured when unattended and never leave items of value in plain sight.”

This especially pertains to our four legged friends. During periods of excessive heat or inclement weather police are often called to respond to pets in unattended vehicles.

In conclusion, the momentary inconvenience of locking your vehicle can be greatly beneficial in the big picture.  Unfortunately dogs can’t save the day like in the movies. The fact is, they depend on us to keep them safe from harm – or theft. I hope these tips will help you to do that.