SUSIE'S DOGS MADE HER A CRIMINAL

Susie Doglady was a hobby breeder.  She had 15 dogs that she kept in the house and a lovely kennel building built off her garage for the in/out runs. 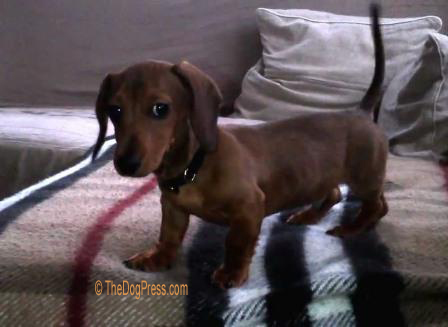 Of course all the puppies were whelped in the house, many in her bedroom. Susie had bred and shown many dogs to their Championships, some to obedience degrees, and she kept her retired show dogs until they passed away.

Then the laws changed in her state. They declared that a person could only keep 3 dogs and those dogs must live according to government rules applying to commercial kennels. All dogs must be 500’ away from the house, on concrete or wire, no wood must touch them, no bedding that could not be hosed down to sterilize. Only one litter a year could be bred, and if one wanted to keep a puppy, one of the adults would have to go. Only commercial, government approved food could be used.

Susie was distraught. She’d been breeding and improving her line of dachspaniels for over 30 years. They had always lived in the house, her favorites sleeping in her bed. How could she possibly dispose of 12 of her beloved pets? How could she condemn the others to living outside, away from normal household activity, and without the soft bedding they were accustomed to? She made them home prepared meals, using only natural and organic foods, how would they accept a commercial diet, and would it nourish them properly?

Well for Susie the answer was obvious, she couldn’t do this. So in one fell swoop Susie became a criminal. Her dachspaniels were quiet, they were always fenced, and so she’d keep them and just not license them. The veterinarians were required by law to turn over the names of all those who vaccinated dogs for rabies, so Susie's three hidden dogs could not get their shots, but that was OK as they were mainly in the house anyway.

This went on for a time, with Susie always staying home from 8 to 5, the hours Animal Control worked, to keep everyone silent. She didn’t breed any litters, didn’t attend any shows, and hoped she’d be allowed to keep her beloved dogs until they died. Susie herself became a virtual prisoner.

Then there was a complaint from a nosy neighbor, who had looked in the window and had seen 4 of Susie's dogs. Thank goodness he didn’t see the other 11! Down swooped the Animal Control, Police, TV crews, and the “Humane Societies” who always happened to be nearby with a camera crew. 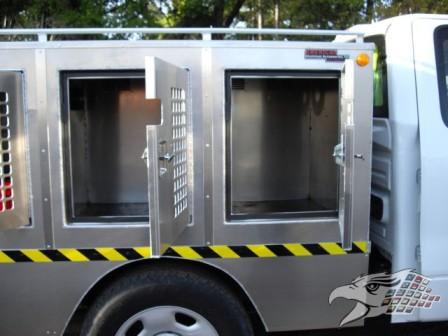 Animal Control officers threatened Susie with arrest and a trial for hoarding animals if she did not immediately surrender her dogs to the authorities. Susie was hysterical. She was a nice woman, who had never been in jail. Who would take care of her house? Who would take care of her garden? How would the bills get paid? Would she lose her house? And most importantly what would happen to her dogs?

Maybe it would be better to let the authorities take them to the shelter and hope if she cooperated she might be able to get at least the legal 3 dogs back. So, reluctantly she signed them over, put them in crates, and let animal control police take them. She collapsed into tears when she had cried herself out, Susie called her lawyer.

He checked with officials but now, as Susie's dog were were "voluntarily surrendered" to animal control,, she didn’t own any of them. The authorities gave them all to rescue people, who were supposed to re-home the dogs. They would all be spayed and neutered, the end of a long line of beautiful and sound dachspaniels. But this isn’t the end for all of Susie's dogs.

One of the rescue people saw that the dogs were of excellent quality. She had a friend who was a vet and could certify them as purebred so that Susie's dogs could be registered by one of the commercial breeder registries so that they could be sold. And so they were registered and sent to a puppy mill breeder auction. The puppy mill people loved this rare breed and bought them up.

Now Susie's dogs could legally be bred by puppy factories just as the Government demanded, in separate cages, no bedding, hosed down daily, 500 feet from a dwelling. The puppy factories are legal. They can be licensed to keep hundreds of dogs, as long as they are fed commercial food and kept like prisoners, with no creature comforts.

A puppy factory owner saw one of the newly registered dogs, with a new name and a different registry. He decided to enter the dog in a dog show, since the major kennel club would now register it too. This super little dog naturally won Best in Show, so now the puppy factory could also enjoy the glamour of the TV lights, the evening-gown clad judges, and could legally claim he had the top winning dog in the country.

This is the story of how dog shows will be won by factory farmed dogs. No more hobby breeders, no more individuals breeding a few dogs in their homes, no more grand dogs available. The only place to buy a dog is from a legal puppy factory.

The first step is to limit dog ownership, not by care or knowledge but by numbers. The second step is to make it illegal to own an intact dog unless it is kept in sterile conditions. When we allow this to happen we have made it possible for the puppy factories to stand beside the proud and caring breeders on an equal footing.

Susie and her dogs will be history. What will you be?

Puppy Mill Defined; What do you call a puppy mill?