"Using Dogs" is an old fashioned term for dogs that actually have a use. They herd, protect, pull carts and sleds, hunt, trail, or guard livestock. They also search and rescue, do police work and serve in the military.

Using dogs are dogs that "do" so the next thing is how and why purpose bred dogs were produced and where have they gone.

There are various theories of how and why wolves came to turn into dogs {1}. Whether it was easier to scavenge off early man or man used the skill of the wolves to find game, and then run the wolves off, steal the kill, and give the dogs the leftovers. We will never know for sure, but the development of dogs for specific purposes is an interesting study.

Why do some guarding breed dogs kill livestock when other dogs protect the livestock from predators?  Probably the best of the herding breeds, Border Collies and German Shepherds are also the most prevalent sheep killers.  This is because of inbred prey drive whereas inhibited prey drive is what herding is all about.

The flock guardian breeds, Pyrs, Komondorok, Maremma, Kuvasok, Sarplinac, and similar breeds have almost no prey drive but they do have a strong territorial instinct. They don’t chase sheep, goats, or cattle but woe be to the wolf or errant dog that wanders into a pasture protected by one of those big, heavily coated dogs.  By the way these flock guardian breeds are mostly white, wooly, and big, the better to blend in with the flock.   The herding breeds are dark colored so they can be seen among the sheep or some distance away on the other side of the herd.

Terriers were, and are, bred to rid the world, or their particular piece of it, of mice, snakes, foxes, rats, and any other bothersome vermin.  They love their jobs and tackle it with enthusiasm.  Most of the terriers are fairly small, the better to go after vermin in their dens.  Fox Terriers, of both coats, are predominantly white, as are the West Highland white terriers. The story is that the Cairn and the Westie were both one breed until a Scottish dog owner shot a dog by mistake.  He was so upset at the loss of his dog that he vowed to breed only white ones that could be seen from that point on. The Manchester terrier, also called the Toy Terrier was and is a great ratter.  In the late 1800s and early 1900s competitions were held in a “pit” to see how many rats could be killed by a terrier. 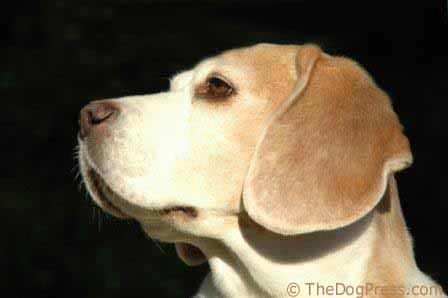 Then we have hounds and sporting dogs. These dogs are divided very sharply into using types and show types. The actual hunting beagle or the hunting pointer look like very distant cousins of the show dogs that we see winning in the ring. The English Setter is another breed in which the field type and the show type are sharply divergent. There are a few, and I do mean a very few, dual Champions in some breeds. German Shorthairs come to mind. The field Labrador is much lighter in build than his show dog cousin. The field Chesapeake Bay Retrieve and the show Chessies are more alike, although becoming more divergent rather than less.

Working dogs are also very divergent. The working German Shepherd is an good example of purpose bred and totally different from the show line GSD. Working Border Collies only resemble the show Border Collie in that most are black and white. European Doberman Pinchers don’t look like our elegant show dogs. The malamute is probably one exception, also the Siberian Husky. The Anatolian, Kuvasz, and the Rottie are pretty similar in type but the temperament is vastly different. An Anatolian is a very formidable animal when actually guarding his flock. A hands on examination would not be tolerated. 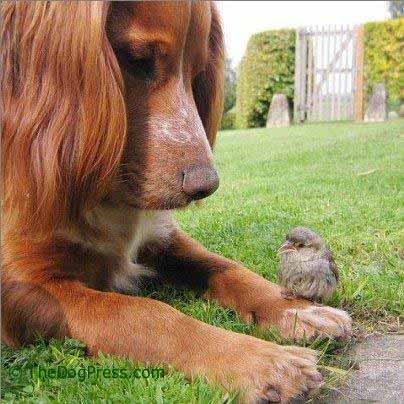 Then we have the toys. Their entire purpose is to be lovely little pets and lap warmers. Many are bred down from larger cousins, like the Toy Manchester Terrier and the various toy spaniels. These little charmers share the happy and cheerful disposition of the merry tailed spaniels used for hunting or show. Many of these small dogs have beautiful markings and lovely coats. Many of them also share sweet and lovable faces, designed to charm.

Personally I hate to see the using dog go by the wayside. They have been used as everything from tiny lap warmers to big game hunters. I use a personal protection dog every time I go out in the car. We use both a herding dog and a herd control dog every day when we care for the livestock. We have terriers in the house but no mice, and the snakes outdoors best keep a wide berth.

Rather than just a conformation show dog winner why not teach our dogs at the very least obedience? There are herding and tracking trials, hunting trials for various breeds, coursing, agility, rally and traditional obedience, flyball, dock diving {2}, and I’m sure I’ve forgotten some.

It is good for us to be active and even better for our four legged friends, especially the "using dogs" that are born and bred to work and with for us.