Understanding that civil asset forfeiture is theft of private property could protect your animals from illegal confiscation. 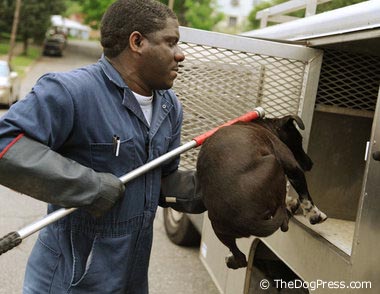 Civil Asset forfeiture is simply theft by government under the color of law, something more citizens are recognizing as part of the communistic plan under the United Nations Agenda 21.  If that sounds crazy, consider this: The Institute For Justice reported "Civil forfeiture laws allow the government to take cash, cars, homes, and other property suspected of being involved in criminal activity but unlike criminal forfeiture, with civil forfeiture, the property owner doesn't have to be charged or convicted of a crime to permanently lose his or her property."

Seizure of valuable animals; purebred dogs, cats, exotic animals, and livestock has become so common it's not even newsworthy. In fact confiscating beloved family pets has been ignored by the media other than when Colorado seized and killed hundreds of dogs {1} because they "looked like" a bull breed.

That made headlines because those dogs were all killed.  Today most confiscated animals are held at the owner's expense which in itself profits animal control "boarding" facilities.  But when owners can't bail them out by paying the extortion demanded by the government and/or animal protection organization involved in the theft of your property, they are sold by law enforcement, either through private, often pre-arranged deals, or at animal auctions.  This became accepted practice as law enforcement discovered how to seize cars, motor homes, and other valuable property by linking it to suspicion of a crime having been committed.

That's like seizing your car (private property) to protect your car from you (the owner of the car) and then giving your car to the car dealer for his financial gain. Legally, you can drive your brand new vehicle from the dealer's lot straight to your house, take a sledge hammer and smash until you're exhausted. It is your private property. Sell the parts as scrap and if you make money from doing it then you are considered an entrepreneur and an excellent businessman.

So if that property is your valuable breeding stock, all it takes is an "expert" and your animals are gone!

Is it legal?  Only if a misguided and/or sympathetic judge signs a court order.  In 2010 Federal Marshalls legally seized $millions of stock swindler Bernie Madoff's Florida assets as authorized by a Federal Judge in NY.  Forbes reports police seizing $50,000 in winnings from a lucky gambler as he left the casino and warning the man "not to talk about it".  In January of this year, The Daily Caller revealed cops "are padding their budgets with hundreds of millions of dollars by seizing property from American citizens, even when they have not been charged with a crime."

The constitutional protections of private property is the essence of freedom and liberty that America is founded on, without which all we have is a communist country ran by elite rulers whose employees subjugate and terrorize the people, taking whatever they want in a land of tyranny and oppression. So how did we get here? Animals are private property and the same constitutionally protected private property rights apply to animal ownership.

Nowhere in our Constitution does it give authority to government officials or our neighbors to play God.  They cannot bestow rights to animals and then use the rights they made up and awarded to animals as an excuse to deprive Americans of our constitutionally protected rights. The Fourth Amendment protects against "unreasonable searches and seizures" and the Fifth Amendment states we shall "not be deprived of life, liberty, or property, without due process of law".  How then can animal control conspire with local law to make raids, seizures, and arrests using the excuse of defending animals? Because doing so is placing animals above human rights and human lives and that is the foundation of the communist UN Agenda 21 plan.

Animal welfare / animal cruelty laws are unconstitutional because they allow for confiscation of private property when no criminal offense exists, often without a warrant. Animal confiscations are too often the result of non-government organizations working in collusion with local officials to

Never compromise away your constitutional rights to the animal rights extremists or to the government. Think about what socialist/communist supporters have accomplished in our lifetime. They have taken prayer out of our schools and removed all images of God (or any power higher than the government!) from American history and our children's lives. Trying to destroy our "unalienable rights" is well, un-American and anti-religion. This country was founded on the precept that our unalienable rights to life, liberty and pursuit of happiness actually come from God not the government.

The animal welfare laws are the same thing that Adolf Hitler used in the early days of Nazi Germany to destroy property rights and justify subjugating people. This led to the justification of euthanizing the Jewish people (minority) because they were considered sub-human and their rights and their lives were worth less than other races and classes of people. Yale Law Professor Stephen Carter tells his class on the first day, "Do not support any law unless you personally approve the killing of a person to support (enforce) that law."

Animal welfare/animal cruelty laws are actually just usurpation of human (civil) rights being used as excuses to commit theft by the government and animal rights organizations.

This publication and others who have stood up for the legal and constitutional rights of animal owners while promoting proper care and kindness have made people aware of the laws and the moral obligations relating to animal ownership.