My daughter sent me an article about inhumane humans who keep "bile producers" in tiny cages. They are called crusher cages because the sides can be compressed to immobilize the bear so they can stick a big needle into the gall bladder to draw out the bile. They do this daily for use in what is called Traditional Chinese Medicine. 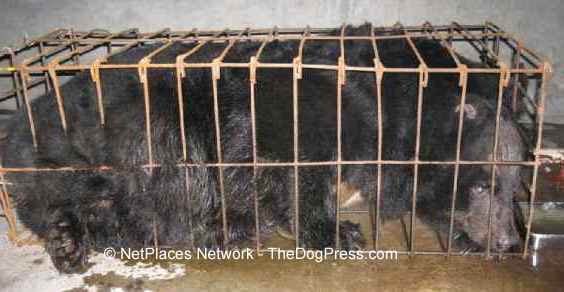 The photo grossed me out although I had heard about bear bile when I was in East Asia. I assumed it was just some goofy ingredient taken from dead bears. I was healthy and not into what is now known as TMC. It may have its uses but not in the military.

She said that I should write about this as one of the worst examples of animal cruelty today. I know that is a touchy subject because a lot of Americans use Chinese medicine, an ancient treatment “for what ails you” as we say down south. Most TCM is based on plants and herbs but bear’s bile, extracted from the gallbladder of a bear, is still used.

I know, you're asking "how often is the bear given anesthesia?" the answer is, that's not how it is done. 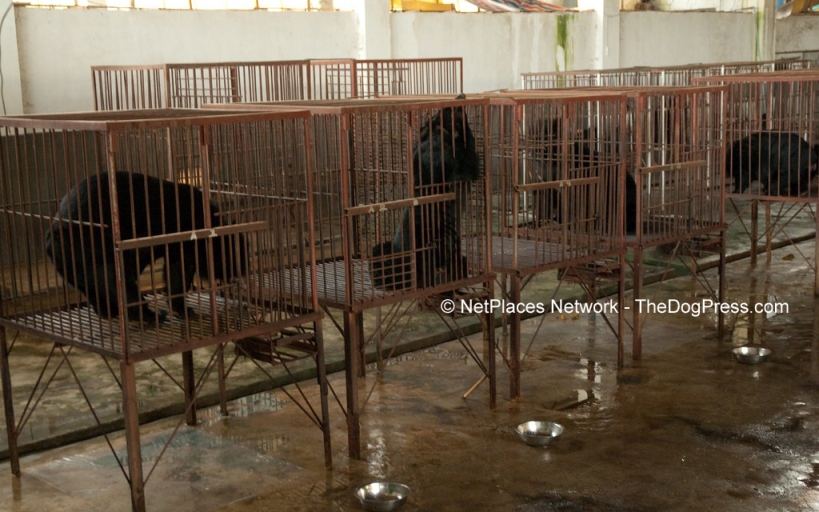 Some bile factories don’t bother with baby bears (they just kill them) but others put captured cubs into small steel cages until they are weaned. The mother bear goes right “into production” as a bile producer. The bear cubs quickly outgrow the cage and are "literally crushed as they grow larger and larger” but in the meantime, they draw bile from them too.

National Geographic describes extracting bear bile this way “…it’s disturbingly incongruous to see them lying on their backs, held fast and hooked up to a catheter that drains fluid from them like a tap extracting syrup from a maple tree.”

Have you got that mental picture clear in your mind? If you are still with me, there’s video too if you’re brave enough (see Video Theater below).

Vietnam outlawed bile farming in 2006 but the bear bile harvesters just moved their operations over the border to Laos. I can tell you that is still an impoverished country and while I don’t excuse what they do, a man will do most anything to keep his kids fed.

When you are shocked by a starving or abused dog, be glad it affects you that way. Stop and think. You are not hungry, your kids are well nourished and have clothes to wear. I promised my daughter I would not get into politics but be glad you live in America. Any man here who is of relatively sound mind and body can feed his family without resorting to stealing.

In your shiny modern High School, fast food service, office or construction job, think about the people who become hardened, immune to this kind of cruelty. I reckon I’ve seen worse, committed under the banner of war but I won’t go into that. 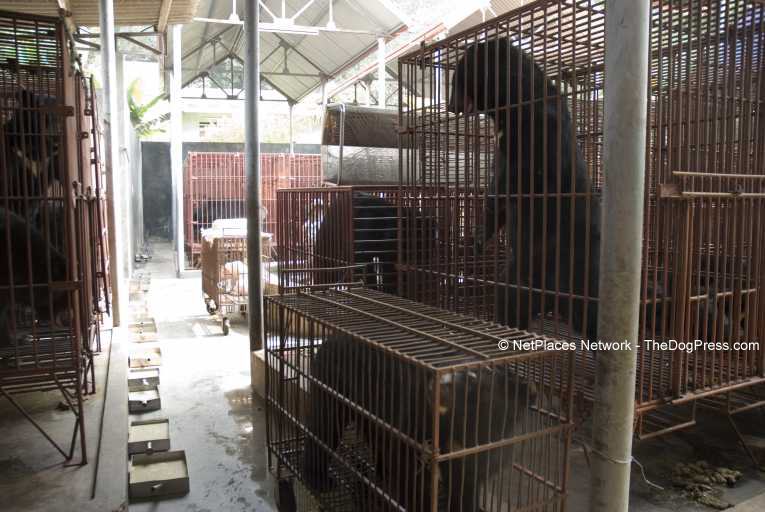 My daughter pointed out that bears are not our “best friend” like dogs so I looked it up. No, but bears are of the same family (caniforms = dog-like carnivores). Like dogs, the bear has many of the same “human” characteristics of love and loyalty. Would a bear do to any other animal what we do to them?

She, politically correct young lady that she is today, said I painted a “bad picture” of Asian people warehousing bears like furniture. I raised an eyebrow, said this was about bears not people. She turned to her laptop. I got up to make coffee.

She had me frowning over some of the “animal rights” links but we finally compromised. I included what appears to be a bear rescue but it does not undo the depravity of those who torture living creatures for money or because they are “sick in the head” as we used to say. Whether bear bile works or not isn’t the point. We kill animals for food and sport but being inhumanely cruel is something I've seen enough of to last me a lifetime.

You are about to see people who do what they are “conditioned” to do. You can be against war, a peacenik, whatever, but our job is to civilize or destroy countries like this.

Bears For Bile In Video Theater, The first video, Bear Rescue - This one shows bears being rescued and receiving their first “taste” of kindness. 1:16

The second video, Bile Being Drawn - Only 30 seconds, sound first, then if you are still there, video clips…