THE FIGHT FOR RIGHTS COMES HOME

Police protect us from killers and thieves but even the military can’t defend us against politicians who would take away our guns, dogs, and civil rights.

As we watched the latest from Afghanistan followed by a news release on police protection, my daughter asked if police and soldiers can protect us from politicians? I raised an eyebrow, knowing she was about to weaponize the conversation. 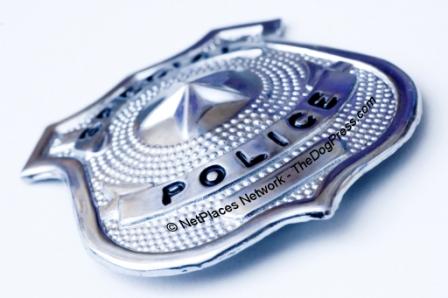 Sure enough, she cited last week’s article about Arthur the horse ref #1 then laid it out about Denver banning Pit Bulls back in the 90s (she couldn’t even read back then!) and informed me that Iowa, Kansas, and Missouri still have breed bans. I nodded, thinking to indulge her defense of “animal rights” but then she let me have it. “Daddy, how are we supposed to protect ourselves when they take our guns?”

I hit the mute button. Gave my liberal-leaning daughter full attention. Citing a government report, she said “The crooks have more guns than the good guys…” She backed it up with some statistics that had me scratching my beard. (Yeah, I take a shaving break in winter.) “Did you know criminals have guns that average citizens can’t legally own?” Before I could reply she said “Police can’t be everywhere and Millie said when she called the cops last week, it took them 30 minutes to get there and whoever was in her back yard could have broke in and killed her. She’s getting a gun!”

She laughed nervously, looked at me and said “She’s getting a dog too…” I nodded but said nothing, not sure if she was reminding me we no longer had a dog or she was exposing her vulnerability. She reached into her “bag” and showed me a Dept. Of Justice study she’d saved on her tablet. I nodded as she read aloud “DOJ interviewed over 18,000 felons currently in custody and a third of them had been shot at or scared off by an armed citizen. 80% admitted they avoided people or homes they thought might be armed.” I observed that was a good reason for open-carry states! 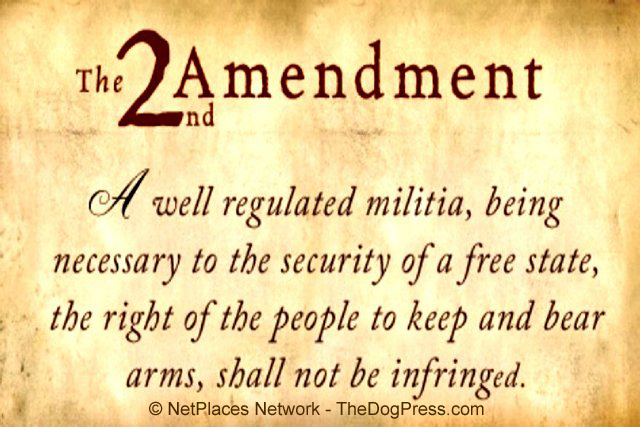 I got up to pour coffee and she followed me to the kitchen. “Why don’t you survey readers in that newspaper you write for?” I nodded as the caffeine hit the cup and said TheDogPress was online. Not stopping for breath she said “Colonel Harper says which would you rather give up, your guns or your dogs?” With Congress leaning left, our Second Amendment could be in jeopardy. She has a point but her awareness was a surprise.

I wondered if she read that gun-rights advocates are probably hunters or Constitutionalists. I took that to mean they lean more towards dogs that can hunt or protect their owner. My old hound dog was good at both jobs. I don’t think I ever heard him growl but there were a couple of times when he pointedly put himself between me and a stranger. I miss that. Miss him…

Thinking out loud (which makes my kid roll her eyes) I asked her if we would be subjected to more Denver-type laws if we owned a guarding breed or some terrier breed? She put a finger by her mouth and looked thoughtful, trying to recall “the pitbull slaughter” Ref #2. While she was framing her reply, I mentioned that one of my phone-buddies said the new Democrat-based house planned to stiffen up gun control laws.

She smiled, said I shouldn’t worry, they would rather fight over the wall.

We both laughed but then I told her there are Federal laws on the minimum age (21) for buying a handgun but that states have the power to make more restrictive laws on rifles or shotguns. I added that Constitutionalists and Hunters would have a fit and rightly so because creeps can buy any gun they want if they don’t buy from a gun shop.

She looked up at me with a question-face. I explained that such legislation would only make criminals feel safer. She nodded then said “It really isn't a matter of Who You Are so much as how you view citizen’s rights and animal rights all in the same thought process.” Not exactly sure what she meant, I stirred coffee as she explained that a NY Senator named Parker was introducing legislation requiring them to examine a gun applicant’s internet and email history.

Huh! I said we’re fighting for freedom around the globe and here we are giving up our right to privacy? She shrugged, “internet isn’t protected…” That got my attention!

Because an American citizen wants to buy a firearm, the government would automatically check their email history and contacts? And the new congress could/will move to take away our constitutionally guaranteed right to own a gun to protect ourselves from robbers, rapists, and murderers?

She was looking at me expectantly. Yeah. I’ll let readers know about all this and they can make of it what they will. I told her my detective buddy said criminals fear armed citizens more than they do the police! She raised an eyebrow. I reminded her that police rarely get there until after someone has been robbed, or worse. She nodded, looked up at me said “Those are the people who need a dog! Dogs are so much safer and always on call…”

Hey, I should have let her write this column! Get a dog, get a gun, and be thankful you are in America.