Flakey AZ Senator Jeff Flake threw Judge Kavanaugh’s Supreme Court confirmation into chaos by saying he would only vote for him if the FBI cleared him.

Flake’s speech was perfect timing - the day before the Senate Judiciary Committee was scheduled to confirm Kavanaugh. Brett Kavanaugh is the U.S. Court Of Appeals Judge for the D.C. District which ranks only one step below the Supreme Court. 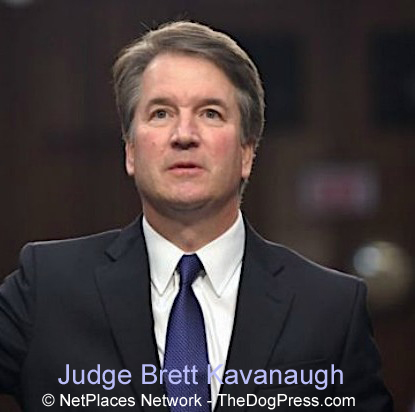 Senator Flake’s vote could be a tie-breaker so last week’s Senate vote was postponed when Flake convened privately with Delaware Democrat Chris Coons. This week’s outcome will determine whether the U.S. political system of today represents American values or political goals.

I’ve talked to several service buddies and we agree this is a historical moment being warped by self-serving politics. Here’s the way I “see” it and as one of my commanders commented, I’m “pretty damn good at spotting the enemy.” Senator Flake is the potential swing vote against Judge Kavanaugh (at left) who other prominent judges say is the epitome of honor and justice. I get it that you subscribers are well-informed on political controversy because of “animal rights” politics which is where Senator Jeff Flake first drew attention.

This is a guy who never served in the military but was a member of the “gang of eight” that helped push through today’s immigration policy which a lot of us consider UN-American. So if I sound a little biased, I am.

Senator Flake says he isn’t seeking reelection so why would he attack Judge Kavanaugh’s professional reputation, integrity, and personal life? Flake’s weapon of choice is alleged sexual misconduct. Dr. Christine Ford, a California psychology professor, suddenly remembered the groping “assault” occurred when they were both in high school.

TheDogPress.com has been accused of being “right wing political” and if that means their staff supports law and order and the U.S. Constitution, that’s fine by me. I see most reporters as politically astute but when it comes to the “animal rights” movement they all seem left of center. That brings me back to Senator Jeff Flake.

When I googled the AZ Senator I found where TheDogPress had covered when his son Austin Flake was charged with felony animal cruelty in the death of 21 dogs, yeah, they will insert the link somewhere below (see displays below). Like any good father, Jeff Flake came to his son’s defense. The problem was, his son was guilty. That was not Senator Flake’s fault but he took steps to protect his son. Great dad, honorable man? Or teaching his son how to cheat? That’s for you to decide.

What caught my attention was that Senator Flake used his office to launch a retaliatory attack against “America’s Sheriff” Joe Arpaio. I remembered him because of something about pink underwear for prisoners so I looked him up too. I learned that Arpaio is the Arizona sheriff who had no patience with criminals but who once housed shelter dogs in the air-conditioned Maricopa County jail.

I also found that in August of this year the malicious-prosecution lawsuit filed by Senator Flake’s son against retired Sheriff Joe Arpaio was dismissed. 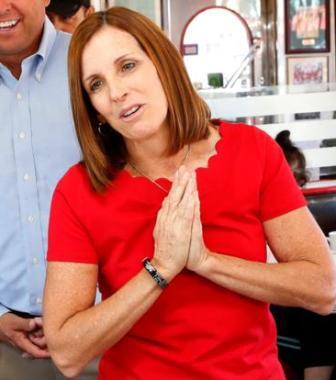 I digress but to me it was significant that the get-even suit against the sheriff had been filed. It gives me perspective on Arizona Senator Jeff Flake. I’m trained to make quick assessments on the lay of the land and the way I see the evidence (and lack of same) is 100% in Judge Brett Kavanaugh’s favor. I’d bet my bars he’s confirmed next week.

I’m smiling as I type this because I also learned that retired combat pilot, Arizona Republican Martha McSally, won the Republican primary and will run for the AZ Senate seat to replace Jeff Flake this November.

McSally owns Boomer, a rescue dog. I’ll ask the editor to insert a photo of him (at right) but my daughter says he looks like a Golden Retriever.

She also said to tell you dog lovers that the Kavanaugh family owns a little white dog named Murphy which the judge often walks himself. I don’t see where either the Flake father or son has a dog.