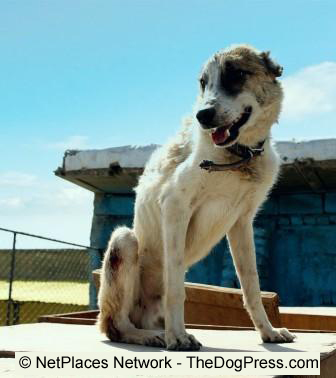 Everyone has heard the saying “Adopt, Don’t Shop”, but what are you really getting as you walk along the aisles of the animal rescue shelter?

Are these just pets left behind? Surrendered because they lost their home? Did they wander away and get lost?

OR did they come from a war-ravaged country where starvation, death and disease is their daily companion? Where they have never felt a kind hand, only cruelty, hunger and fear? Are they truly disease free or were their papers forged so they could come into our country spreading illness we have not seen in years?

According to NPR, FOX News, and Customs clearance, 8 million dogs were rescued from Turkey, Middle East Countries, China and Korea. Their health certificates were either forged or invalid, and many of these imported rescue dogs are just a commodity for professional importers who make money selling dogs to the rescues.

The US, Great Britain, and Canada are all seeing a huge jump in canine flu, rabies, screwworm, and brucellosis- which is a death knell for a reputable breeder. Brucellosis causes infertility in otherwise healthy breeding animals. It can be spread by one dog eliminating and another dog sniffing the spot and pet adoption and rescues are bringing it into our country.

One shipment of dogs arrived in New York and was sent onto Virginia. All became ill- with RABIES. If one of our animals contracts rabies, according to law, all our animals must be euthanized. Does this mean all of the shelter animals were euthanized? How many times has this happened?

Home For Life is an International Rescue. On their webpage, they show some of the animals rescued. It is horrible, it is sad. These animals have suffered atrocities – abuse, injuries, illness.

But one must wonder- would YOU trust your child with an unknown animal who has suffered such pain and abuse? I don’t care how much they have “screened” an animal, what will it take for them to snap? The sound of fighting on TV? Throwing a toy? Loud noises? Running past them?

As humans, we want to save them all and give them a wonderful life. At what cost? Bringing disease in that kills a neighbor’s puppy? An attack on a child, or elderly family member?

How long will the rescue-dog live? With the health issues they have had, will you be paying every month for medication? Will your dog suddenly pass away at 2, 3 or 4 years old? There is no guarantee with these dogs that their bodies will continue to function after all they have been through. 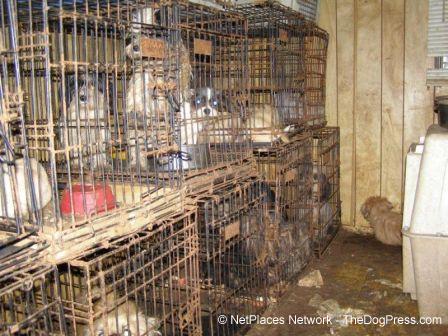 Many rescue groups are also buying from puppy mills here in the U.S., just to stock their “for-adoption” (sale) kennels. Mills won’t shut down if money is coming in, so they keep breeding and abusing. Aren’t Rescues supposed to be against the abuse puppy mills force on “producers”? So why are the rescue groups taking puppy mill dogs, encouraging them to keep producing?

Your Money. It keeps the machine running and well oiled. Only YOU can stop the vicious cycle by one simple action. STOP ADOPTING FROM RESCUES.

If you want to adopt, find a reputable one like Best Friends Society, or a Breed Rescue. If you do go to a shelter, ask where the animal came from. If they can’t answer you, walk away. Don’t risk your family on an unknown.

Contact your Representatives, and the Agriculture Dept, which oversees the importing of animals, and ask them to toughen regulations against buying puppy mill dogs, importing rescues without the proper paperwork, and identifying them as foreign rescues.

We can and do make a difference!

Recently I read a mystery where the heroin raised Porgi’s. My ire was raised, so I wrote the Author, asking that they raise one or the other as designer dogs end up on death row so often. I received a very nice reply, saying she agreed with me, and there would be no more Porgi’s bred.

BOOM! The power of the word!

Keep asking and pushing. This is going to affect us all one day.

See ya around the ring ~ Sherry