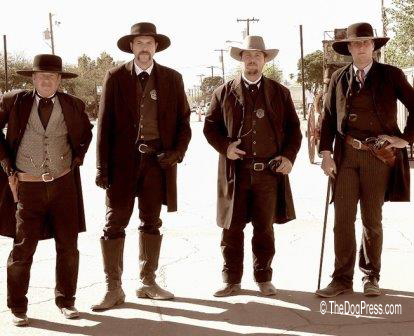 Yesterday my daughter stormed in saying “We need a bunch of Marshals with big six-guns to stand up to legislative groups!” What? “Daddy I know you watch those western shows, well, we need people with that kind of grit or we’re done for!”  I hid the grin tugging at my face and suggested she take a deep breath and “tell daddy what’s wrong.” She laughed, heaved a sigh, sat down and said “What’s wrong is that the legislative groups, you know, the ones that fought the bad animal laws, they are all drying up.”

Unconsciously waving bad stuff away, she proclaimed all “animal rights” laws are bad and “AKC is falling down on fighting animal legislation which is really political, to take away our RIGHTS daddy, what you fought for, y’know?”

I observed that it’s the times, that there’s a political group on every web “street corner” shouting about some kind of wrong that needs to be righted. She fell silent which meant her brain was working because it doesn’t function well when her mouth is running. I waited.

Then, tossing her head at my TV, she said, “Maybe you are right. There’s a legislative group for everything from ‘breast feeding isn’t natural’ to ‘student rights’”. She grimaced at the woman trying to redefine how babies survived. I thought the visuals were interesting but she huffed, turned off my TV and reminded me that we were talking about animal rights legislation.

So I agreed that animal owners are out-gunned and out-spent by subversive political interests. No, I’m not talking about gun rights. You guys can guess where I stand there. I’m talking about rights you take for granted. I've followed that Cozad guy on Constitutional Rights and I’d follow him into enemy territory.

She snapped my attention back, handing me a clip from the Washington Post "A seafood company killed a lobster - and was convicted of animal cruelty" because he was butchering lobsters without having adequately stunned them.” Then she slapped Canada's National Post headline on the coffee table, cleverly titled, "Claw and order; New South Wales Firm Convicted For Cruelty To Lobster."

Hand on hip she said “tomorrow it will be ‘inhumane dog owner spotted using choke collar to walk his dog on Left Street, watchful residents call Humane Police’.” We laughed but I got it. Yeah, I can see the S.F. Chronicle trumping the New York Times on that one.

She loves online stuff, subscribes to TheDogPress.com, wishes it was on facebook and sitting down beside me, she said “all of this animal legislation is un-American”. I agreed but observed that we seem to be outnumbered by the college-crowd and paid protestors. “Daaaddy!” was the response to that. She's headed for college. That means she’s smart and she gets that the barrage of animal legislation is actually about diminishing the personal freedoms for which the U.S. is envied around the world. 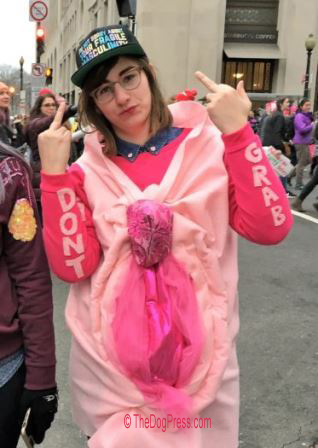 Still, I fear she’ll fall prey to what I see as a long range program to defeat 300 million enemies. Forget poison or a nuclear bomb. Either option would kill or contaminate that which they seek to own. Even that twerp in North Korea knows better. No, the best plan is political. Enslave the target through free health care, food stamps, social welfare... Then pass restrictive laws such as no smoking or cursing in public but allow vulgar displays by female protestors. I'm just a pet owner but yeah, I can see how they’ve turned animal welfare into Animal “rights”.

Equally absurd, protect Berkeley students who destroy public and private property but pass laws against spitting on the sidewalk. How and when did legislation depart from common sense in America? I’m trained to spot the enemy but I never thought he would be in my State House or our community college.

Yeah, I worry about what she will learn in today’s “higher education” facilities. President Trump can’t fix everything and I hear he’s never owned pets so he probably isn’t tuned in to animal legislation. Still, I’d bet my boots he has people looking at all the anti-American control-laws that have gone on the books over the past 10 years.

And talking about crazy laws I did a google search to give you guys an example or two. Looks like, after a historic ocean crossing to escape tyranny, Americans went wild with their new-found freedom to control underlings as in the “Lobster Laws” above. How about this animal law? In Massachusetts it’s illegal to keep a mule on the second floor of a building unless there are 2 exits. No kidding! I found a goldmine of outrageous animal laws at TheDogPlace.org Legislation. Makes this lobster thing seem tame.