LIFE LESSON FROM A HERO, A DOG MAN

One of Joe’s favorite quotes from Steve Jobs was... “Your time is limited, so don’t waste it living someone else’s life. Don’t be trapped by dogma, which is living with the results of other people’s thinking.” 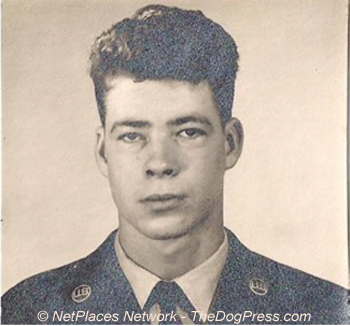 As you all know Joe never lived anyone else’s life. What you may not know was that Joe made me laugh every day and how devoted he was. He always helped people around us whether he knew them or not.

A few years back Joe became a friend to a young man named Ralph at the local grocery store. Ralph had learning disabilities and Joe always spent time joking and laughing with him. One day when Ralph, who had many health issues, began to seizure, lost his balance and began to fall. I was told Joe grabbed him and held him up. He then carried him to a bench in front of the store where he sat with Ralph until he was well enough to stand up. Joe never told me about the incident but Ralph’s parents did.

He always did this kind of thing. While reading some of the old military papers and going through old trinkets including his medals and badges from the Air Force we found a Commendation letter from the United States government.

The Commendation said during Joe’s time as an Air Force surveyor and mapper on the hills of New Guinea there was an explosion. One man on his team was badly burned. There was no way for a plane to land or even a spot for a helicopter. Joe himself took the man down the steep 20 mile long hillside. There they were able to meet a helicopter which flew him to hospital. 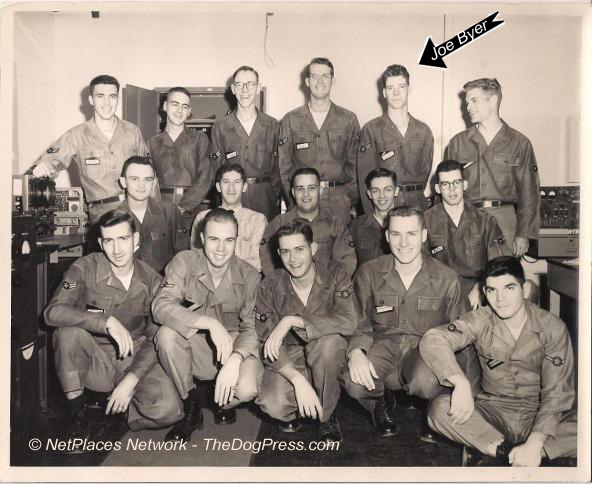 The letter said the man survived due to the actions of Joseph E Byer Jr.

The Saturday before Joe passed away my sister and I went into his computer at his request. I never had been in his computer before. My sister and I proceeded to his office where we slowly punched in his private computer codes given to us by him.

And there on the screen was Joe’s message to all of us. It was called HUMBLED BY THE CARING. From a man who was always so humble it brought us to tears.

And so with a heavy heart I begin to sort through Joe’s cherished objects in our truck. Many will be given to other dog clubs for their use but I kept a few. They were… the dog collar that he loved, his favorite leash, a flexi–lead, a leather show collar and lead and a few old dog toys. And I thought to myself as the tears flowed down my face, there it is, our decades of life, passion and love all tucked neatly into a little cardboard box. It is the first time that I looked at those objects and did not hear the laughter.

Enjoy your life. Do more than show your dogs, enjoy them. Take time to laugh. When I think of Joe I always remember his devotion but most of all his laughter.

Editor’s Note: Joe was one of our most gifted and uplifting writers. Brings to mind a column Joe did on chivalry (see the display below). Everyone who knew Joseph Byer would agree that HE defined the word.