People do eat dogs in countries where I've served but I'm repelled by this gruesome story and the cost of this guy's incredible stupidity.

Glance down at your faithful dog, always close to your side. You see him as your "best friend" or a trusted burglar alarm or a hunting buddy. Dogs are man's alter-ego. They make us feel good, important. I had a few handlers rotate through my command so I know the deep connection. 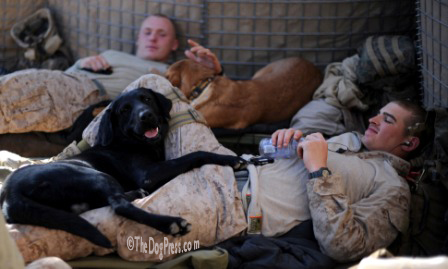 I acknowledge that dogs are killed to protect the unit, such as in mine detection work. But could you kill your dog? Would the most powerful human instinct compel you to preserve your own life, even if it mean betraying your best friend?

Well it has happened throughout mankind's partnership with the dog. Put yourself in this man's shoes. You may find it the most thought-provoking thing you do today.

The second time the dog saved his owner calls for some deep thinking. 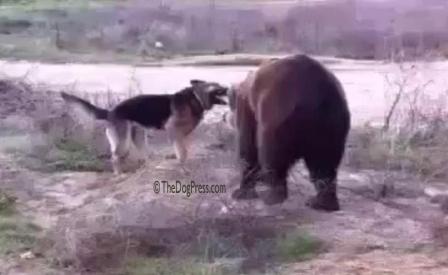 The owner is Marco Lavoie, a self-styled adventurer who took his dog along on a canoeing trip in the wilderness area along the Nottaway River in NW Quebec. According to reports, a bear ravaged Lavoie’s campsite, smashed his canoe, and ate their food supplies before he and the dog returned to catch him in the act. Lavoie said his German Shepherd attacked the bear until finally the bear said "Okay, Okay, I'm going" and lumbered off.

The dog was unhurt but we can imagine the guy's despair as he looked around his campsite and realized his food was ruined. From the facts available, I have to question this guy's judgment insofar as what got him in this mess to begin with.

Before I tell you how the guy survived I ask why anyone would set out on a camping trip with so little forethought and preparation? He broke the most basic rules of camping by not securing his food in critter-proof containers or by the pulley system from a bear-proof branch. 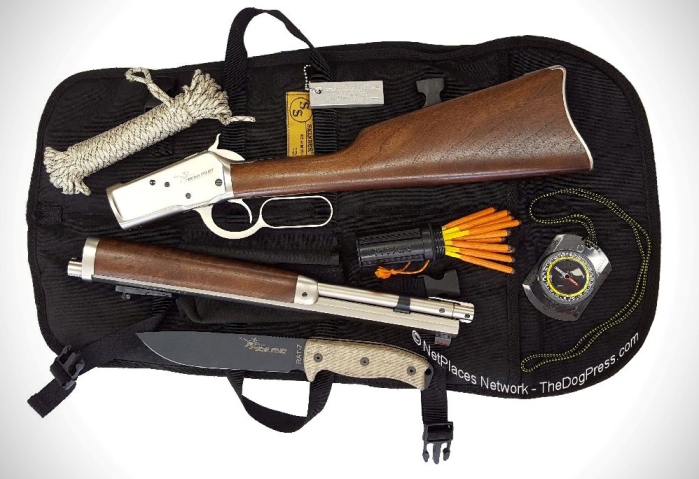 What bothers me most is that this would-be survivalist "roughin it" guy was not armed. It could have cost him his life, instead it cost him something that can destroy a person. Brave men can do things they live long enough to regret. Not for me to say if he was brave or not but I've already said he wasn't a thinker.

The guy had no way to communicate. He had no gun with which to defend or to feed himself. How long and how much did he agonize over his next move? We'll never know.

The news report says "Lavoie faced certain starvation so a few days later, he hit his dog with a rock and ate him…"

The LiveScience.com account doesn't say how long he subsisted on the dog's corpse, only that when he was rescued "he had lost about 90 pounds, and was dehydrated and suffering from hypothermia." First thing hit me was that he was canoeing, camped on the Nottaway River. How the hell could he be dehydrated?

There was a lot about that "Science" story that bothered me, including the quote by some guy who’s referred to as the author of a survival guide book. "He survived because he made good decisions. Eating his dog was one of them…" I won't mention the author's name because he was either misquoted or unqualified to write so much as a note to a girlfriend.

Well you guys figure that one out. My take is he damn near died because of stupidity. I guess I'm okay with him killing the dog and eating it but I'd never want him watching my back.

I mentioned countries that eat dogs. As I write this, China's dog meat festival is going on in spite of pressure to shut it down. I have friends who raise Quarter Horses. They would starve before eating horse meat or feeding it to their dogs. Which Animals To Eat

Of all animals that serve mankind, only the dog will not forsake you.