In 2016 the media told us everyone hated Donald Trump and he couldn’t win but Trump is President and NBC is still reporting fake news about purebred dogs! 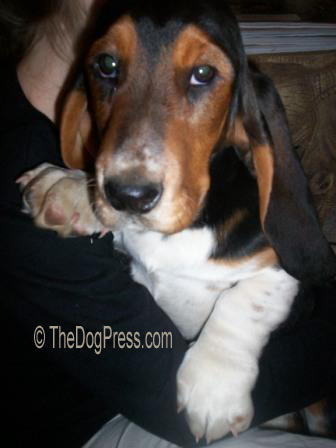 On July 13th, 2017, the TODAY SHOW on NBC featured a story about cosmetic surgery for pets. They promoted the story as cute and fun and as cosmetic surgery for dogs becoming the new fad. The promo featured photos of cute Benji-like dogs. Savannah and Matt were shown cuddling small dogs at the break before the story.

The story was not fun or cute. It was an attack on purebred dogs.

Yes, somewhere between NBC finding Emilia Earhart and Trump Campaign Treason, they found time to attack the purebred dog. The TODAY SHOW story was about flat faced breeds and purebred dogs with loose skin and it was reported that these dogs needed surgery to live normal lives. That is simply a lie, “FAKE NEWS” by the omission of facts.

In somber tones viewers were told that flat-faced breeds need surgery to help them breath. The fact is, some "overdone" dogs may develop breathing problems that can be surgically corrected but an overwhelming majority will not. Thanks to caring, responsible breeders, most live normal lives. 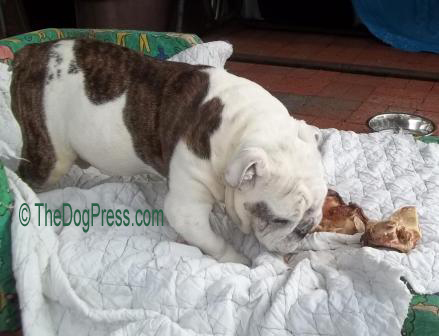 Here’s "Dozer", a handsome Bulldog, working on his bone. He lived over 12 years as many of their Bulldogs do, no nips, no tucks, no surgeries for breathing! A very respected responsible Bulldog breeder (Johnson Bulldogs in Pennsylvania) says out of “over one hundred puppies produced” she only had ”one that developed a breathing problem.” The TODAY SHOW reporter also stated that nips and tucks were needed on dogs with loose skin to prevent bacterial infections. The same Pennsylvania breeder reports she has “never had a nip and or tuck on ANY of her dogs”.

She was also proud to report none of her dogs have ended up in shelters or rescues. Why? She spends time choosing the best and healthiest breeding specimens. She works to match the right puppy to the right home. She is there for her pups and the puppy buyer for the entire life of the dog. That is what a good breeder does! 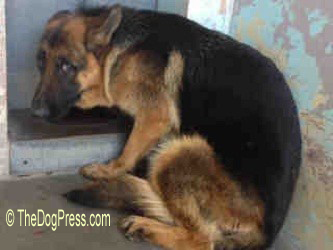 When you adopt (buy) dogs from shelters or rescues it is a gamble. These are places where most if not all purebred dogs found there are of questionable genetics and breeding practices. Purchasing these dogs can be an expensive risk. When the pup is a “mixed breed” or one from a careless, uncaring dog breeder, health problems are just as statistically likely to arise.

In these cases the new owner has no one to rely on because shelters (i.e. dog pounds) and many “rescuers” simply collect and sell unwanted dogs. Often the owner must seek advice from a veterinarian like the one featured in the TODAY SHOW piece. The result is usually a dog with lifelong problems and ongoing veterinarian bills.

The “FAKE NEWS” on purebreds did not end there. The TODAY SHOW ended the segment with the young reporter cautioning … “nips and tucks” on breeds with loose skin is needed but the nipping off of a dog’s ears and tail “is no longer acceptable!”

Real experts tell us “Trimming ears and tails of animals began as a form of medicine.” It has been documented that Egyptians were trimming the infected ears of dogs over 3,000 years ago and injured tails were removed to save dogs from gangrene and fatal infections. A covered ear opening creates a moist environment for bacteria to flourish whereas an erect ear allows air to circulate, preventing infection.

Docking tails prevents breakage and injuries, especially in field dogs or any active dog with thin skin or a perpetually happy tail wagger! When injuries occur, it is difficult if not impossible to heal a wagging tail and immobilizing it is cruel! Infected ears in drop eared dogs are equally difficult to treat. Veterinarians who perform ear trimming and tail docking agree these procedures are “PREVENTITIVE MEDICINE”.

The disparaging “FAKE” misinformation given by NBC concerning ear trimming and tail docking is simply wrong! The TODAY SHOW also failed to have reputable breeders to present fair and balanced coverage in this featured piece. The young reporter gave no statistics to back up her parroted claims. NBC provided no breed experts to counter the one veterinarian who was slamming purebred dog breeders. Instead NBC’s TODAY SHOW presented a one-sided radicalized opinion of purebred dogs.

Whether it is an attempt to destroy a President or to end the breeding of purebred dogs “FAKE NEWS” does exist. When both sides of an argument are not given it usually means the media has a hidden agenda. “The greatest trick the devil played was convincing the world he did not exist.” NBC continues to prove he does exist, and he is called “FAKE NEWS”.

As an aside, see my Crop-Dock interview as presented on Inside Edition.