Military I.D. tags, called “dog tags” serve a vital purpose for soldiers and their Commanders. How shocking that they are being challenged as a Constitutional violation.

The reason military men and women wear I.D. tags is as crucial today as it was centuries ago - to identify the ifallen who cannot speak for themselves. Those of you old enough to remember WWI and WW2 know that we fought to defend “freedom for all” which included freedom of speech and religion. 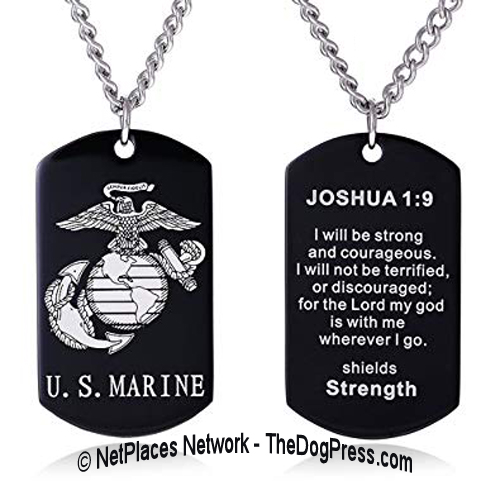 I see it as irony when a publicity seeking group (who will therefore be unnamed in this report) protests soldiers including a Bible verse on his/her dog tags.

Kenny Vaughan, the founder of Shields of Strength was on network TV in early December 2019. He hsaid “It is God's Word and no one needs it more than a man or woman fighting for our freedom.”

American soldiers (and their K-9s) are fighting for the Constitutional freedoms that people in many other countries only dream about. They literally lay their lives on the line while we go about our daily lives. Unless you have a relative in the military you don't think about what those men and women do to protect your family, your beliefs and American traditions.

Certainly you don't think about how they would identify a wounded soldier who is unable to speak or one who was fatally injured. Those dog tags insure that he or she gets home to their loved ones.

My daughter said to explain about those tags so ...  ii Why they are called dog tags? 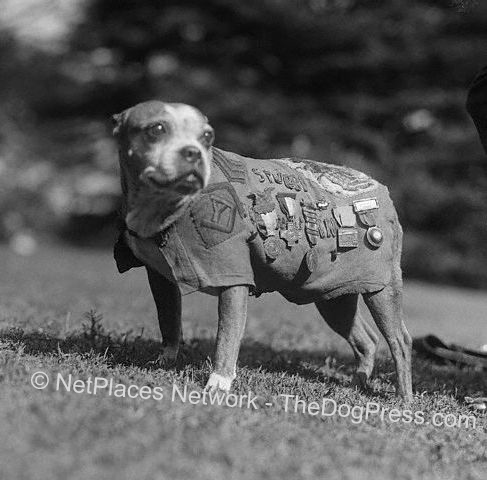 Sergeant Stubby (1916 – March 16, 1926) was a real dog. He was the official mascot of the 102nd Infantry Regiment assigned to the 26th (Yankee) Division in World War I. Stubby participated in seventeen battles during his 18 month stint.

Of course I didn’t know him but I would not want to be the one to tell Stubby’s handler that a publicity-seeking group says that inscriptions on military dog tags “violates well-established DOD regulatory law but also poisons the constitutionally mandated separation of church and state as directed by the First Amendment of the Bill of Rights and its Legion of supporting federal case law.”

Mike Berry, a Marine Corps veteran who is standing up for our rights, points out that those dog tags are precious to Gold Star families who have lost a son, daughter or family member. He explains that “the shield of strength” is one of the most personal effects of someone who was killed in action. Those dog tags are returned to the families and some times that's all they have to remember them by. Berry says they will not stop fighting until the Army and other branches of the military stop rolling over to today’s political radicals.

Mike Berry proudly represents the First Liberty Institute {Ref #1}. Today he is fighting for Kenny and other soldiers until the world’s strongest military stops “capitulating to bullies.”

When you think about it, that is the Supreme irony... The men and women who put their lives on the line to protect our Constitutional freedoms are being attacked for expressing one of our most basic American beliefs.

If you are looking for something special for a military friend, I suggest you visit

Editor’s note: this is an unpaid, unsolicited courtesy link.