Watching the riots in Venezuela, my dog-breeder-to-be daughter asked me which is more influential on violence and societal behavior patterns, genetics or environment?

I raised an eyebrow and she explained it was for a college paper on human behavior and she wanted to relate it to animal cruelty. OK, I get it. So we talked about people from other countries with different faiths and social behaviors. She surprised me by pointing out that everyone is focused on our southern border but that “lots of terrorists already came legally through our northern borders and airline terminals everywhere!”

I raised a quizzical eyebrow and she continued “They are scattered all over our country because they never left when their visas expired.” I nodded. “Their mission is to spread terror and “influence young impressionable Americans.” I suppressed a grin, knowing she fits that demographic. But then, quoting from her computer, she said in 2017 DHS (Homeland Security) reported “701,900 immigrants with visas remained in the U.S. past their expected departure date, more than double the 303,916 immigrants apprehended at the border during that same time frame.” 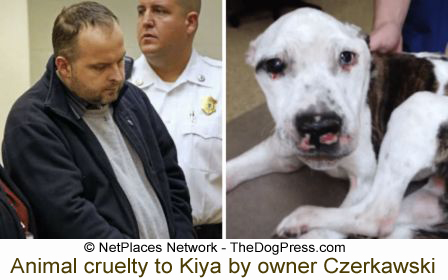 She observed in a huff that a lot of them get free college tuition (huh?) which gives them direct access to young people looking for a cause. Flipping through her laptop she said “Here, look at this example.” I leaned over and yeah, my ruff when up.

A little dog called Kiya was owned by Radoslaw Czerkawski, an illegal immigrant from Poland who beat her so badly that she had to be euthanized. He had owned the dog for six years during which time she had suffered “multiple previous injuries.” She was found abandoned with “fractures to her skull and ribs, crushing injuries to her spine, a dislocated shoulder, a stab wound to the right eye and a split tongue.”

Her finger still on the photo, she looked up at me, her eyes imploring. She said “He only got 8 years in prison and will be turned loose on society in half that time.” I nodded.

She showed me where 13-term CA Senator Elton Gallegly linked illegal immigration with cruelty videos and the fact that “animal abusers tend to become serial killers.” Gallegly pointed out “The Son of Sam, the Boston Strangler, and the Unabomber all had a history of torturing animals” and he cited Jeffrey Dahmer who “progressed from cutting up animals to cutting up humans and eating them.”

She had also saved a NYT article from January 2019 which said there is no Federal statute against “the act of cruelty itself”.

I leaned back on the sofa, pondering a cup of coffee but mostly thinking about whether the professor would accept her conclusions. Reached for her laptop instead. There were 70 mass shootings in 2018 but by the end of May of 2019 there have already been 93 mass shootings and counting Virginia Beach, over 35 killed and dozens more wounded. 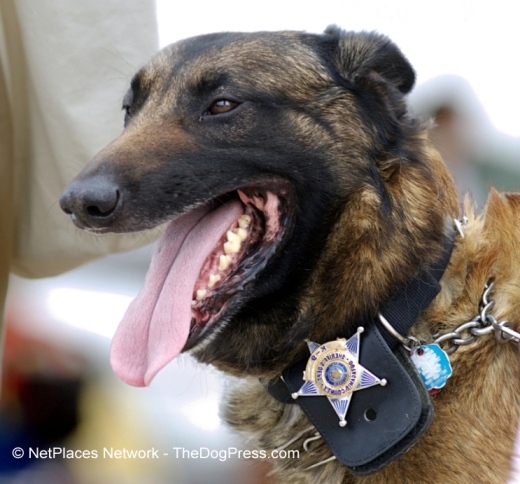 Peeking over my shoulder she said “See? Torturing animals isn’t enough. It’s like those twisted people want greater gratification for whatever is torturing them.”

We got sidetracked wondering if Police Dogs could have prevented such high fatalities as occurred in those schools and shopping malls. She also found that in the U.K. - England - Great Britain (no one knows what to call it nowadays!) the maximum sentence for animal cruelty increased from two to five years. I would have thought twice that much because when I was stationed in Europe we talked about how much the Brits loved their animals. A quick search revealed that Ireland’s cruelty laws are about the same, a fine and/or 5 years in prison.

You know how one thing leads to another. I called the editor and she said “send it” because she had a similar column on tap and this must be more than coincidence. We talked about the societal changes taking place so rapidly and she said Dr. Lee had written something about that and would look for it. In the meantime, we both worry about our kids and what kind of world they will be living in by 2020.