A disturbing but factual look at mass importation of foreign street dogs marketed by non-profit animal shelters and rescue groups, yes, for profit.

Someone once said “the dog world is just a microcosm of the larger world around us”. This is never truer than when comparing breed standards to the borders of countries. 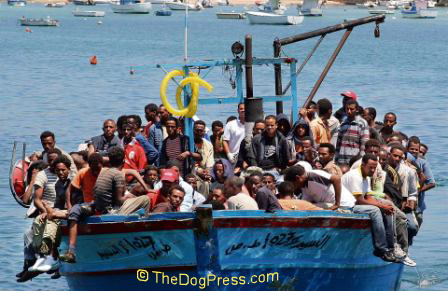 Irresponsible breeding of dogs with questionable health and history has always been an issue to purebred dog breeders just as illegal immigration has become a problem to American ideals and economy. Geneticists acknowledge the inevitable changes in both behavioral and physical type. Today however, mainstream media, driven by a political bias which is often influenced by radical activists, have created a public frenzy.

Through their dramatized stories the mainstream media portrays illegal immigration as legal and dog trafficking as rescue.

News media tells us that the Russians used social media to spread untrue stories to change the opinion of the voters, hence changing the outcome of the election. By omitting facts and embellishing truths, the media itself attempts to affect our decisions. An openly biased media churns out reports on illegal immigration as if it is legal.

It is the same way they report dog trafficking as dog rescue, a perfect example of how the social media shapes the way we view an issue. Obviously, when it comes to the media, “meddling” is a good thing as long as it is not a Russian doing it. 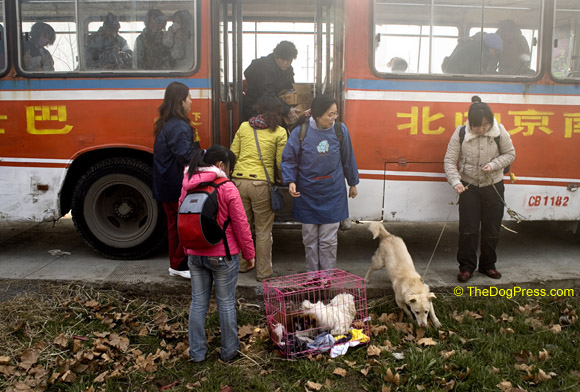 For example, the Denver Post{1} ran a huge story headlined “From death row to adoption: Saving animals by car, van, bus and even plane.” The story goes on to describe “…dozens of organizations across the nation fueling a dizzying daily reshuffle of dogs and cats by car, van, bus, and private and even chartered plane.”

Conversely, the media seems to downplay reports on illegal immigration as if it is only a problem in the United States. However massive immigration is having a major, negative effect on many countries. It is said that Italy has become the most anti-immigrant country in Europe. More than half of the Italian-born people agree that open border immigration is taking over their country. They are losing their ethnic identity. Hold that thought as we compare it to the massive amounts of mongrels being imported into our country to be disseminated into American homes, obliterating our memories of purebred dogs...

It has been documented that 47% of the French and German people have deep concerns about losing their traditions and way of life. Recent media reports of President Trump’s visit to London painted a picture of immigration tolerance there-however, the facts prove otherwise. Over 40% of Brits say they no longer feel at home because of open border immigration.

What do these examples have to do with dogs? Everything! Illegal immigrants don’t usually wind up in your living room. Rescue and Shelter-purchased often do!

Media fails to report on mass importation of undocumented foreign dogs into our homes.

Omission of facts by both mainstream and social media has helped dog trafficking become big business. The one-sided reporting on dog rescue has created a public demand and a market for questionably bred dogs. 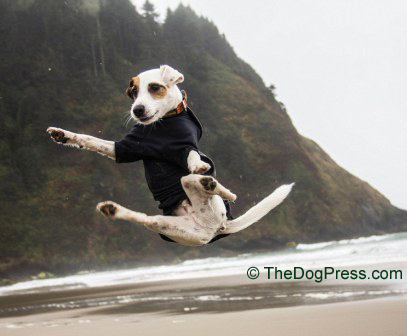 These dogs don’t just fall out of the sky! Disguised as humane organizations many of these groups simply traffic in dogs for profit. They bring them in and distribute them in “party busses” (over 1,000 dogs per month just from Mexico) and in cargo-plane loads from other countries. It is so profitable that Chinese Entrepreneurs have joined in the party bus parade!

Countless (!) dogs with no documentation as to their history, health or temperament are imported into the United States every year. The numbers adopted vs. destroyed are hidden from public record but in November 2014 the Washington Post reported 2.7 million dogs were destroyed.

This practice of importing cute mutts from other countries puts American families at risk. Through this “adoption for profit” effort, unsound, unhealthy, unpredictable animals find their way into our homes. They put at risk the families who purchased them as well as those humans and animals living around them.

“Without borders we have no country” ~ United States President, Donald J. Trump

The inability of a country to control who comes and goes over their border allows death-dealing gangs and criminals to infiltrate that country. Just as the inability of a registry to control the preservation of breed standards allows anti-breeding radicals and unscrupulous breeders to infiltrate national parent breed clubs. With no protections of borders or breed standards, we purebred dog fanciers, like the Native American, will slowly disappear.

Someone once said, “The dog world is just a microcosm of the larger world around us”. Without enforcements and standards it is a world in chaos. It is a world without pride of heritage. It is a world devoid of uniqueness and diversity.

Without borders we have no country, without ethics and breed standards we have no purebred dogs.

{1} Denver Post saving animals by bus and plane (offsite window) ~ See Instant info on ii Quarantine Requirements? and wonder about all those imports.