RICK SANTORUM, THE PAWS SENATOR, IS BACK!

An NPR press item on Rick Santorum (of doggy disrepute) made my ears perk up. A decade later, he’s aligned with Lindsey Graham on the 2017 Health Care Debate. 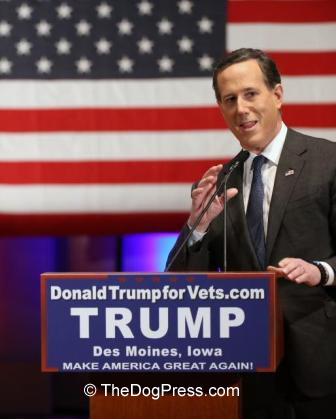 You may not have been paying much attention to the Trump administration’s agenda to repeal or replace the Affordable Care Act but at some point in your life, it will affect you.

The Senate is working on your health care, led by SC Senator Lindsey Graham who wants a system based on block grants. I happen to agree with his plan because that would eliminate a shopping cart full of federal mandates. It would force the states to manage free health care for U.S. citizens who can’t work because of health problems.

There would be no more free abortions for border-busters! I hope that clears up where I’m coming from. The never-ending discussion about “Health Care” is only about getting votes from soft-headed folks. Let the insurance companies compete and all medical costs would come down for everyone!

Is there still room for fraud and skimming? Of course, but at least people in each state would know who to hold accountable. That’s where the legislative nemesis of animal owners, ex-Senator Rick Santorum, gets back in the news. 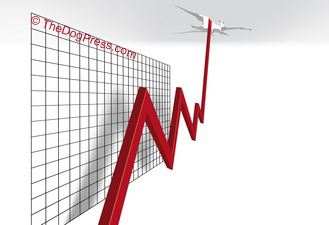 As a member of CFA (Cat Fanciers Assoc.) I well remember it when Santorum first stepped on everyone’s PAWS (Pet Animal Welfare Statute). Most animal owners forgot about him when PAWS died but in September, Santorum “accidentally” stumbled into Senator Graham (R-SC) in a barber shop and now he’s involved in crafting the new health care bill.

Even though PAWS didn’t pass, the Pet Animal Welfare Statute seems to have driven veterinary costs through the roof! Now he wants to meddle in human health care. Depending on your age and economic status, Rick Santorum is who you thank or curse for where federally mandated health care is headed. Just last month one political expert said the Santorum-Graham-GOP plan would result in “draconian cuts that would throw millions off of their health coverage and endanger the most vulnerable Americans.”

We won’t hold anyone accountable (yet) but Rick Santorum is back in Washington D.C. I hope every voter in Pennsylvania is subscribed to TheDogPress.com because a “Senator Santorum” could further diminish health care benefits that us retirees count on and you people who still working are PAYING FOR!

When I called the editor she said “look up the PAWS coverage in TheDogPlace.org.” Well! I had no idea! There is a whole section on the defeated Federal Mandate proposed by then-Senator Santorum but here is the result.\