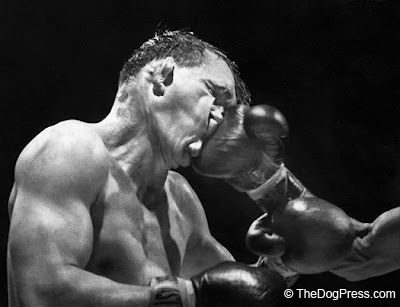 AKC takes its punches from the press graciously and as America’s first and largest dog registry, it is a popular target. TheDogPress.com has taken it to task about too much politics in their politics but we all agree that the American Kennel Club is America’s strongest advocate for all dogs. I know, they used to be about just purebred dogs but someone needs to look out for the mutts too and AKC does that.

So I nodded approval when my daughter emailed me the AKC press release. “The American Kennel Club (AKC®), the world’s largest dog registry and leading industry authority and advocate for dogs, is pleased to announce that 23 exceptional students from 16 states have been awarded the American Kennel Club (AKC®) Junior Scholarship for 2018. The scholarships are offered to high school, college and graduate school students, and range from $500 – $2,000.”

Mari-Beth O’Niell, Vice President of Sport Services (my daughter says that is a new division of AKC) wished the graduates the “…best of luck in their future endeavors in their studies and involvement with dogs and The American Kennel Club.”

I hope those students will remain involved in the sport of dogs. It has been good for my kid and frankly, I’ve enjoyed getting to know more about a wholesome sport that requires dedication and hard work to master. Here is the link to learn more and maybe get your youngsters involved. American Kennel Club junior scholarship 2018 recipients.

There’s something else that caught my attention. For 116 years kids ate animals (crackers that is) but the Nabisco company has freed Barnum’s Animals from their cages and that has created a really sour taste!

For over a century Animal Crackers encouraged kids to learn more about animals. I think those little treats instilled a life-long love of pets and wild animals in a lot of people.

Before she could read, my toddler learned to say “lion” and “tiger” and I can see her mother now rolling her eyes at “I wanna dog!” or cat, or bird or horse but the point is, kids learned about animals and the wonderful world around them.

Then along came “animal rights” and “politically correct” speech. That is when Human Rights and Reasoning went the way of my ’49 Ford.

Growing up and learning how to spell (do they still teach handwriting or penmanship?) and the difference between right and wrong sure seemed easier when animal crackers were just tasty little snacks. I must be getting melancholy in my “senior years” but dammit, why can’t animal crackers just be a kid’s treat instead of becoming a political statement?

My kid is now a young adult who doesn’t block out the world with those things in her ears. As we watched the latest mass shooting, I sensed her fear when she said “Daddy” instead of “Dad” which she’s taken to using lately. Hitting the off button, she said “Daddy what is happening to our country?”

It’s a question on a lot of minds. Another shooting in Jacksonville. I have my own sense of it but I’ll do some checking with friends who have better intel than me and try to get a better handle on it before passing any info on to you readers. But one quick call confirmed:

26 shootings, more than 112 people injured plus 16 killed – just this month! No, you won’t see that on the news but as of Sunday the 26th, that is the tally. I’m sorry this simple column that was about great kids earning scholarships and little children being deprived of reality in crackers… well, it has gone off track. Or perhaps not. Reality isn’t what it once was.

This is supposed to be about dogs and I respect that but my mind is churning. I’m trained to see reality, to spot threats to my men and unless I’m “seeing things” it looks like bad guys are on the move and their name isn’t Oscar. Some of you guys get it. Back to you in a week or so…

The American Kennel Club has become an insatiable beast! Do you support this challenge to AKC's duty to purebreds? No Mixes In Poodles

... because purebreds have predictable performance.