I have a friend who pushes drugs - for animals. That's legal but when you read this, you will wonder how the pharmaceutical companies get away with it! 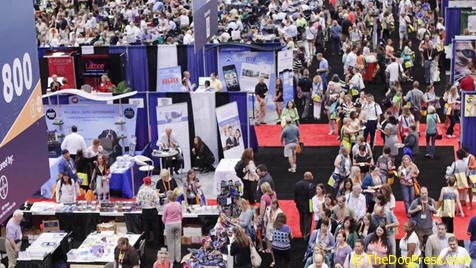 My friend works for a marketing company which turned out to be interesting when our dinner conversation turned to veterinary prescriptions. I had been to the vet with two of my cats that week. Nothing serious, just a booster shot on my breeding queen and a minor skin problem on my old girl. When I told him I was shocked at a bill for $178 he reached for his wine before asking what tests they ran. "She didn't do any tests" I said, "just the vaccine, a shot for the itching, oh, and some ear ointment for the young one."

Mark set his glass down and poked his steak. "What?" I said. He sighed and still not looking at me mumbled "Stella, you are the second person this week who makes me wonder if I shouldn’t change jobs." I didn't know what to say so I just waited. He motioned to the waiter for another drink and then he began to unload.

My plans for dessert were forgotten as I listened, mesmerized. I called him the next day to check some things I was finding online. He verified the validity and also suggested I check the American Veterinary Medical Association but it appears that visitors need veterinary credentials in order to access information such as he shared with me last night.

What Mark does is sell veterinarians on the best and most expensive new medications. Right, my new friend is a drug rep for veterinary pharmaceuticals.

He goes to most of the big veterinary conventions where the drug makers set up spectacular exhibits. His job is to entice the people you trust to put your pet first into trying this or that medication. You don't want your lap kitty or dog taking the latest greatest new pet prescriptions because a "detailer" like my friend made them a great deal…

If that were not enough to worry us, I learned that animal medicines don't have nearly as much scrutiny and testing as human medications. We all know that "adverse reactions" to prescription drugs kill more people than auto accidents so where does that leave your dog, or cat, or horse, or bird?

At those trade shows, each booth vies for the attention of ten thousand veterinarians. They give away gadgets and books and the latest cell phones to attract the vets to their exhibit. They are like circus barkers, each booth featuring some new way to "profit the practice." The drug sales reps wine and dine the veterinarians for days. My friend discreetly implied they offer "anything your heart desires." 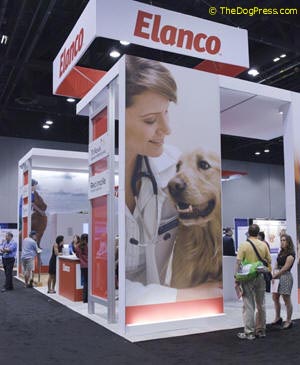 The pharmaceutical companies woo and entertain thousands of veterinarians who write the Disney World of drug expos off as a business trip and come home loaded with goodies and sales incentives to push more drugs on your dog or cat!

According to one site I scoured there is "a greater potential for abuse because the pet medicine industry is allowed to target veterinarians with marketing practices banned from the realm of human medicine." Just like he said, the pharmaceutical companies invest more in the veterinary medicine conventions and marketing than they do in human prescriptions because they can launch new veterinary drugs a lot faster and with far less testing than is required for human medications. Animal drugs are cheaper to produce and bring to market so the pharmaceutical companies are happy to sponsor sales "workshops" that include catered gourmet meals and give-away goodies to those who attend.

Novartis Animal Health offered veterinarians a multiple-choice quiz on fleas and ticks. I suppose they chalk it up as product testing and research. But everyone who plays the silly game gets a prize. The prizes are donated to the veterinary associations to in order to promote the product so at $30 to $300 per "sample" to a targeted market, it is a win-win - for all except the animals who have no say in the matter.

And that is a key component to the veterinary medication racket. Animals can't tell their loved ones that the medicine made them sicker. I learned that new products are mostly "tested in the market". You name it, from Bayer to Merial to Virbac, the marketing conventions woo veterinarians with everything from cash prizes to USB devices.

I learned that Eli Lilly is feeling the competitive pinch and facing patent expirations for its human medications. The company's sales dropped nearly 16% but hopes are high for Elanco, its animal health division.

Tracking drug companies is enough to make me dizzy. My research led me to TheDogPlace.org where I read that Pfizer settled the Rimadyl lawsuit {1} and then partnered up with the American Kennel Club! 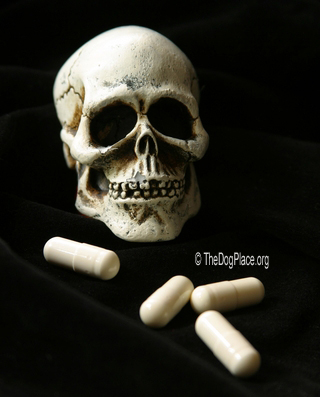 The bottom line is this. The next time my veterinarian wants to use some "new and improved" medication on my animals, I'll see these images from the veterinary medication convention. I'll remember what I read about Pfizer "shapeshifting" into Zoetis{2} and tell my vet "thanks, but I'd rather have the old stuff that we know works."

I have cats and I love dogs.  I've had the same doctor for 20 years. When a dog-owning friend had a medication reaction, found Prescribing Death and sent it to me, I called her.  I am a good researcher but like you, I had no idea how "organized crime" works in medicine.