The February 2, 2018 school shooting in Parkland Florida was preceded by a history of animal cruelty, a prime indicator of violence against humans. My daughter is having second thoughts about becoming a school teacher so we talked about school terrorism. 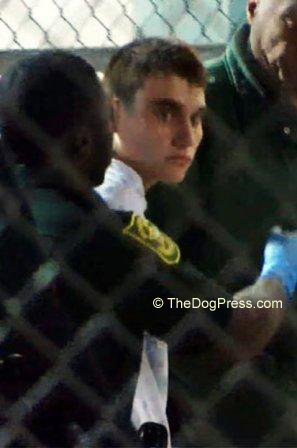 She said “schools aren’t what they used to be…” I agreed. Neither is the FBI. We know of at least one confirmed report to the FBI, a phone call on January 5th that lasted over 13 minutes in which a female caller told the FBI that Cruz had vowed to “shoot up the school”.

I made some calls.  Local officials are also responsible for this predicted school shooting. Nikolas Cruz was not watched even though he had a known background of animal cruelty. Cruz bragged about shooting squirrels and chickens with a pellet gun (which is not to kill but to inflict a painful reaction) and “trying to get a dog to attack a piglet”.

Intentional Animal Torture and Cruelty (IATC) is a known behavior pattern among serial murderers and rapists. Nikolas Cruz is but one example. I explained to my daughter and talked to other veterans.  We worry this will escalate into more calls for “gun control” instead of “help the mentally challenged”.

I wasn’t a medic but I learned how to spot a life-threatening situation. How can mainstream media ignore the connection between violence and the onslaught of vaccines our kids suffer today? Was this kid (not old enough to vote) on medication? Or was he off his meds?

In 2017 there were 307 mass shootings in the U.S., nearly one per day. As for Cruz, no officer I served under would have ignored the warning signs of attack. I’ve been told I could “read sign better than an injun” but as a spotter, that was my job. It is a teacher’s job to understand and keep an eye on kids. It is the FBI’s job to “read and heed” the clear signals this guy gave out.

First off, we know that most psychopaths or serial killers have a history of animal abuse. Nick Cruz had just turned 19 years old. I made another phone call and confirmed he was suffering from autism and attention-deficit hyperactivity disorder (ADHD) but those significant facts have barely been mentioned in the media. Was he still on medication? Short of calling pharmacies in his area, I couldn’t uncover that. 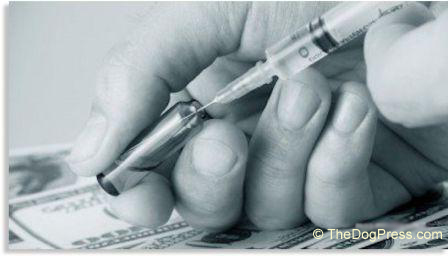 The connection between psychotropic meds, violence and vaccines is the biggest news of this century but the media ignores it. Why? Because the pharmaceutical industry is among their biggest advertisers. Nothing excuses what Cruz did nor can anything mitigate the unbearable loss the victims’ parents are suffering - but was he on medications? If so, was he taking his meds? Then, when I thought I was on the right track, my daughter showed me a whole vaccine section on her tablet.

OK, I get it, she also showed me Instant Information on ii Vaccine Facts & History, Chronological coverage of vaccines from 1981's lab-created Parvo to exposing today's health risks of over-vaccination; VID and Vaccinosis.

Jeannie then found where the Miami Herald reported “Nikolas Cruz was getting treatment at Henderson Mental Health” but not much about his medications or psychiatric evaluations. Again, not making excuses for a mass killer but Cruz was an orphan. His adoptive mother, Lynda Cruz, died of pneumonia on Nov. 1, 2017, following which he moved in with Jim Lewis, a lawyer representing the family. Mr. Lewis said there had been no notable behavioral issues and no warning of the horror unfolding in the mind of Nikolas Cruz. No mention of meds.

Many medical scholars refute the connection between school shootings and psychotropic meds or the veritable vaccine assault on developing minds. I see it as sure as I can spot a sniper. I asked my kid to research the explosion of school massacres as compared to what she says is a growing list of vaccines required for educational enrollment. That was an eye-opener! So was the big increase in drug use.  Is that due to easy availability or because doctors have been over-prescribing since year 2000?

Does this list of ii List Of School Shootings hold the causative answer? Note the increase in school shootings in just over a decade. Jeannie pointed out there were as many school shootings (15) after the advent of required immunizations as occurred in the entire previous half-century!

My position is simple. Let teachers carry and/or hire retired soldiers and law enforcement officers to protect our kids. Note I said “Officers” not rank and file. I’ve learned that “dog people” are studied and thoughtful people. The webmaster agreed so he’s giving you the floor.  Where do you think society went wrong?

Comments have closed, thanks to our readers - here are some that we selected...