Their facebook page states “Pet.com is North America's largest nonprofit pet adoption...” TheDogPress.com has covered some highly profitable non-profit animal shelters but I don’t think any of us have realized how BIG that industry has become.

I did a little digging after my daughter called to give me a head’s up. Maddie’s Fund is an honorable, charitable concept funded by a couple in their youth because of the joy their little Schnauzer brought to them. They went on to become multi-millionaires, founders of several high-tech companies but never forgot their promise. I admire them but Maddie was a purebred dog, not an accident.

Have the Duffield’s thought about that? They are highly intelligent people but did they foresee that a promise to their beloved Miniature Schnauzer would be used against purebred dogs? 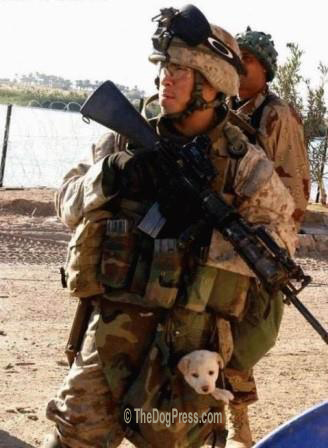 There was a time when I was just like the Maddie Fund folks. I saw those starving dogs in jungle villages and sure, I wanted to help them. My guys saved scraps and I looked the other way. I ignored stories about the “platoon puppy” some guys adopted. When I got back to the states, I was stationed near a major metro area and I saw that urban dogs are no different than jungle dogs except they can scavenge from garbage cans.

If I always took things at face value, I wouldn’t be here today.

So I took a closer look at the adopt-a-pet site. The first thing that caught my eye was this: “pet adoption will almost always be more affordable than buying a puppy for sale from a breeder or finding a kitten for sale from a litter.”

I took a deep breath and read “People are finding out that buying a puppy for sale from a breeder isn't all it's cracked up to be and the stress of training a puppy is too much these days. Best of all, rescues care for their animals, and the dogs and cats don't leave the organization without having their shots and being taken to the vet.”

Well you get the picture. The implication that breeders don’t care for their animals, give them shots, or take them to the vet was a nasty bit of sabotage. I don’t know much about adopting a dog but I’m still here today because I can spot an ambush! I called my daughter back. She said it was dirty but legal. I bristled, then laughed. Raised a smart kid. So I read her this line strung out there by the Chief Information Officer at Maddie's Fund. "Most importantly, the advancements will help to find all the dogs and cats of America loving homes, and help make adoption the first choice when choosing a pet." 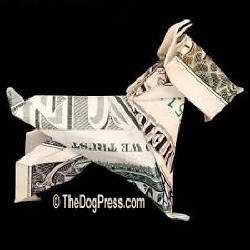 She snorted indignantly and I grinned into the phone as she said “The implied message is that the Maddie folks are going to “find all the dogs and cats…”? Daddy, no person would believe that. It’s an insult to human intelligence! They may have loved their Schnauzer but this is all about money and it reflects badly on the Maddies Fund.”

I couldn’t help but laugh at her unintended humor but stopped myself from saying human intelligence is why we can’t ever end a war. We hung up and I turned back to the computer. There was one more thing I wanted to check before making this report. I typed in pet.com and it went straight to Petsmart.com. That was an eye-opener! I tried getting better background on the pet.com outfit but drew a blank. So I tried Adopt-a-Pet and the first non-profit info site{1} showed the most recent (2013) income as a little over $43,000 but it seems to be just one officer and no expenses so that’s not bad.

Google is pretty good but I’m used to a different system and short on patience, I’ll leave it to you guys to scope ‘em out. Maddies Fund looks legit but good people are the easiest to con. I wasted another hour trying to figure out sites like Adopt-a-pet.com but it looks like those “top tech giants” don’t really want you to know what they do other than ask for money.

One thing’s for sure, they go to great lengths to avoid any mention of purebred dogs or dog breeders. If I was advising my daughter, which I try not to do now that she’s come of age, I’d tell her to go in the pet rescue business and forget all about purebred dogs.

I’m a damn good spotter and the way I see it, her hobby is about to be gone.