Taxidermy May Be An Option

Losing a dog can be traumatic and there are no funeral services to ease the pain but the action of preserving a pet through taxidermy can work you through the grief.

For many people, especially the elderly, a pet is their closest friend.  Kids grow up, move away, families become scattered (that's why they have family reunions) but a personal dog is always there, by your side. When your dog dies, it truly is like losing your best friend.  Having a pet "stuffed" may seem gruesome but preserving the human body is an ancient tradition practiced in many cultures.  Taxidermy, for many people, offers both closure to the mourning period and a solution to keeping their closest companion, close.

Taxidermy is used by sculptors who strive for an exact replica.  Museums use taxidermy to preserve and display important relics as in this example of the legendary chupacabra. Indeed it is a weird critter, said to exist only in vivid human imagination but don't tell a Texan that... (see Chupacabra below)

If given timely opportunity a talented taxidermist can restore your dog to a life-like companion.  You probably avoid thinking about what you are going to do when your beloved pet dies. Taxidermy is but one option.  Other owners prefer a traditional burial and a simple grave-side service often gives the closure that families need.  That is why there are funerals...

Ms. Jade, TheDogPress Legislative Reporter has given a lot of thought to what she will do.  She contacted Anthony Eddy’s Wildlife Studio which offers traditional taxidermy services for dogs, cats, birds, lizards, etc.  Taxidermy is a high tech alternative to burial, cremation or donating your deceased pet to the local veterinary school.  But here, let Ms. Jade explain how it works... 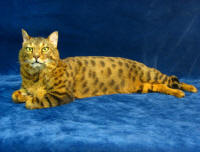 The first (and somewhat obvious) question is why??  OK, aside from the obvious answer of “why not?” I can only honestly say this is a story I never, ever imagined myself writing. When it’s my turn to “cross over” I just want the county to dispose of my temporary shell however they see fit. No funeral, no memorial, no muss, no fuss and no expense. When I am finally reunited with the beautiful American Pit Bull Terriers that have graced my life, the continued existence of this amazing breed is the legacy I hope to leave behind. It has become my life’s work.

A wise person once said that the only bad thing about dogs is that their lives are too short. However, to the serious breeder, dogs live on through their offspring. Maybe it’s why we persevere through all the hardships of breeding dogs. In a way, we are chasing immortality. As humans, we can rationalize death and find a way to make our peace with the circle of life but from the day we accept a dog into our life, we must prepare for the day that they will leave it.

Most of us will be lucky enough to own one dog in our life that was extra, extra special. If we are truly blessed, there will be more than one. The dog which sets the standard for all the others that might follow in their paw prints. ADBA and AADR Champion, Jade’s Dynasty’s “Dana” was for me, one of those dogs (not pictured). 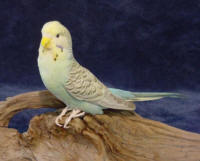 As an artist with a respectable amount of talent it was only natural for me to want to sculpt her likeness, with the knowledge that bronze can exist perpetually. When awarded a scholarship to study sculpture for a semester at the Sedona Art Center in AZ, I chose Dana as my subject. The school (a blessed sanctuary of sanity in a town full of lunatics) graciously allowed my “pit bull” to patiently sit in the studio every day among the other sculptors while I worked. At the conclusion of the semester the sculpture was not ready to cast so I wrapped it up and carefully packed it away in my storage unit, confident that I would have plenty of time to finish.

Months rolled by and then the unthinkable occurred.  Dana chewed up a pair of sandals. She tried to throw them back up, only to choke on it. Despite heroic efforts to revive her, she died in my arms. I was over two thousand miles away from the pet cemetery where her mother was buried and at a complete loss about what do with her (and without her). I’ll spare you a graphic description of my personal meltdown but when coherent thoughts finally began to bubble up to the surface of my consciousness, I suddenly remembered that “Sgt. Stubby” the famous “pit bull” war hero and original “bulldog” of Yale University had been preserved and was in the collection of the Smithsonian Museum.

I wondered what it would actually cost to do something like that so to satisfy my curiosity I called a local taxidermist and inquired. The nice man on the other end of the phone informed me that everyone was “taking their pets to that place in Missouri” to be freeze-dried.  I remembered a TV news story years ago about this seemingly bizarre service. At the time I thought, well, probably the same thing you’re thinking right about now. But it did seem to be the answer to my unfinished sculpture dilemma. So after an hour of internet searching (key word “pet preservation”), I finally found “that place in Missouri”, Anthony Eddy’s Wildlife Studio. After a lot more than an hour of soul searching, I decided to do it. 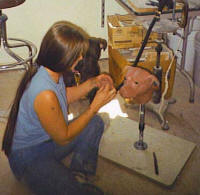 Why freeze-dry? Well as opposed to traditional taxidermy, it’s non-invasive and the pet retains its natural structure, physical characteristics and natural expression. The process takes several months and is not cheap. The size of the animal is a factor in determining price. A “fluffy” pet is not as exacting to pose as an athletic American Pit Bull Terrier like Dana where every muscle is so obvious beneath a short, shiny coat.

The staff at AEWS works from your photographs and personal input to make the result looks as authentic as possible. These photos give testimony to the amazing results.

It’s hard to say how I’ll cope when confronted with the “finished product”. I plan to pick Dana up in person. There’s no answer yet for the other somewhat obvious question of what to do with her after that. I couldn’t just place her at the foot of my bed or in the passenger seat of my motor home as if it never happened (even though some people might find comfort in that). And how will her “children” react? This whole experience has really driven home the point that some things in life are just plain unimaginable until you get there.

One thing is for certain, the sculpture will be finished and I might even pose her for a painting.  Who knows, maybe someday she will join Sgt. Stubby in the Smithsonian or have a place at the Museum of the dog in Chicago, IL. I hope that there would even be a museum dedicated to the history and legacy of the American Pit Bull Terrier where she might find her final resting place and preserve for generations the many positive qualities that these dogs exhibit today. I pray that her legacy will live on in her children and her children’s children so that in the future, people won’t have to go to a museum just to see what an American Pit Bull Terrier was all about.