WHERE IS AKC IN MIDWEST FLOODS??

Devastation in our Heartland is causing the drowning, starvation and loss of countless dogs but among the missing is the American Kennel Club.

AKC mentions the Midwest storms on its AKC Reunite/Storms {Ref #1} page but from March through June 2019 we were unable to find actual assistance by AKC's "Pet Disaster Relief". There were however, lots of donation requests. 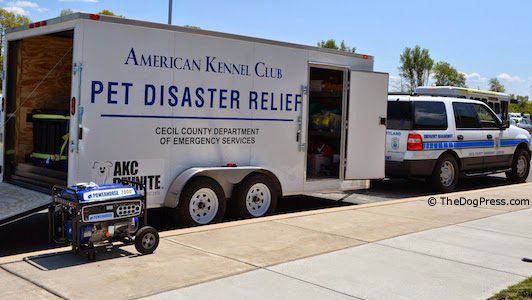 Apparently there were 2 launched into emergency services for pets in 2015. According to the AKC Reunite Map {Ref #2} there are 4 Disaster Relief Trailers in the Midwest, one of which is in the flood area. AKC provided a permanent webpage, AKCReunite.org and email found@akcreunite.org as well as this phone number 800-252-7894 to call for lost or found pets. 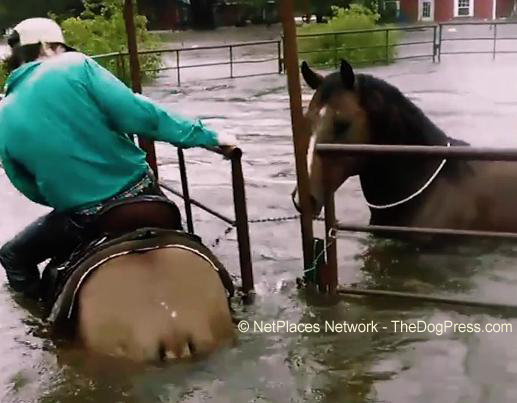 In the meantime, even horses and cattle drowned in the 2019 summer floods despite brave owners’ attempts to save them, often at the risk of human lives.

Pigs and sheep drowned because they were too heavy or water-logged to swim to higher ground which, in itself is rare in that flat grain-belt farmland. Poultry and other livestock losses are at this point, incalculable.

A/P reports only 4 people have been killed through mid-June flooding, thanks to heroic efforts of neighbors helping neighbors. For those who wonder how this could happen in America, blame it on the extreme snow melt from the “bomb cyclone” snowfall. What is that? NPR describes it as “a storm that intensifies very quickly through a process called bombogenesis, in which barometric pressure falls by at least 24 millibars over 24 hours.” Sounds scary and for families and animals in the Midwest it has proven tragic.

So this story isn’t over. Dr. Roberta Lee predicted unrest, riots, and weather phenomenon in several NetPlaces Network articles. Many animal owners could benefit from her foresight and preparedness advice. No matter where you live, you may find her 2-part Disaster Survival Plan useful {see display below}.

In the meantime do what you can to help your neighbors in the Midwest.

Reference and Related Information: (offsite links open in a window)